In 'Mee Raqsam', The Struggles of a Muslim Girl Studying a ‘Hindu’ Dance Tell a Bigger Story

Prejudice clashes with modernity in this uneven film in the by-lanes of small-town Uttar Pradesh. 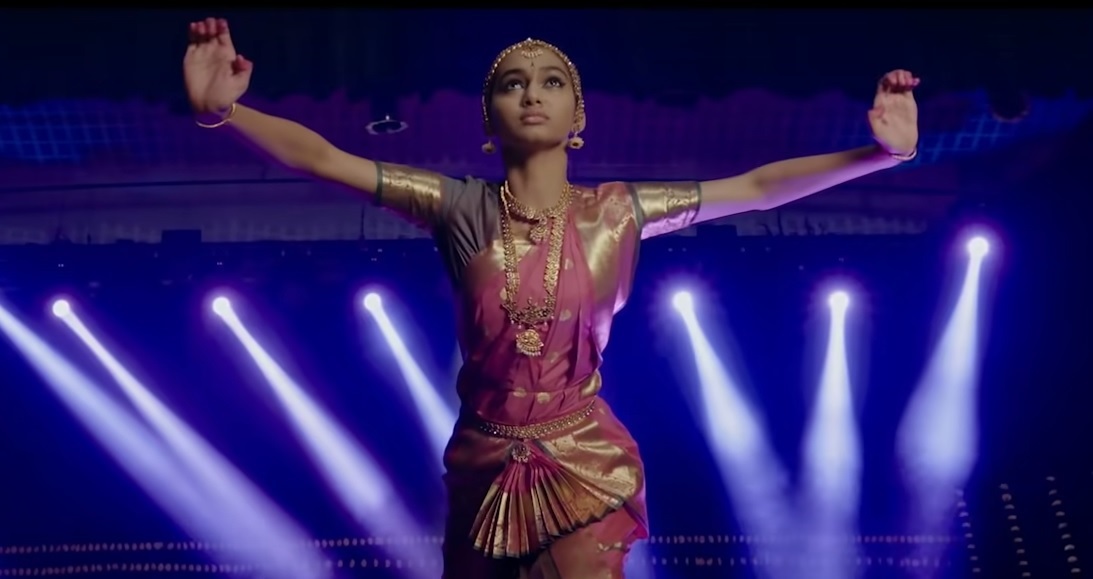 This article was originally published on August 23, 2020 and is being republished on November 26, 2020 in light of Mee Raqsam winning the ‘Best Film’ and ‘Best Debut Director’ awards at the Indian Film Festival of Ireland.

Maryam (Aditi Subedi), a teenager in Mijwan, a village in Uttar Pradesh, wants to learn dance ‒ a desire that upends her life. A ripple for most is a tsunami for Maryam: she’s Muslim, and the dance Bharatanatyam, Hindu, dedicated to an idol, arguably linked to the devadasi tradition. Yet when seen from a different lens, the dance is Indian and Maryam a girl ‒ why should that be a problem? But the demands of tradition have tied her ankles; her extended family disapproves, and so does the community. Baba Azmi’s directorial debut, Mee Raqsam, revolves around a seemingly simple conflict that contains a torrent of anxiety: about the self, the nation, the religion. As if individual desire has been reduced to an entrance test ‒ subjected to invigilators and examiners, rules and syllabus.

But unlike many exams, Maryam at least has a cheat sheet. Her father, Salim (Danish Hussain), is encouraging and progressive, urging his daughter to follow her passion, and courageous enough to take a stand. But Salim is a tailor, struggling financially. A poor man needs the society more than society needs him. So, as the tension between him and others escalate, Salim bears the scorn of those who express their disapproval, with the power of money. One by one, they stop doing business with him. Modernity has come knocking on the doors of Mijwan, but its residents are scared to step out.

The conflict isn’t particularly novel; many Hindi films have addressed it in the past. But Azmi’s interpretation gives it layers. In Mee Raqsam, modernity isn’t a Western threat. The clue is in the name itself: Bharatanatyam, one translated version would call it ‘India’s dance’. So, it’s not us-versus-them as much as us-versus-us ‒ or as the film suggests, old versus new (the young ones here are much liberal when compared to their elders). Which makes sense: for the post-independent generation, who grew up hearing the routines of oppression, freedom can feel radical, transgressive even.

Mee Raqsam, though, is primarily a family drama. The inciting incident is the death of Maryam’s mother, who instilled in her a love for dance. Her demise opens their unit ‒ the father and the daughter ‒ to outsiders. Maryam’s aunt, Zehra (Shradha Kaul), orthodox and stern, often visits the family; the revered community leader, Hashim Seth (Naseeruddin Shah; a guest appearance), attended the funeral. But even these gestures of solidarity are coded, implying that, “If you take care of the community ‒ follow its rules and respect its traditions ‒ the community will take care of you.” But Salim is naïve, knowing only one way to give and receive love: by being himself.

As much about the place as the people

The film is as much about the place as the people. It’s a tribute to Kaifi Azmi and his village, Mijwan, and the setting unfolds as a curious contradiction: cramped lanes, vast fields, walls suffocated with painted advertisements and pamphlets. Hussain is the film’s spine, turning in a memorable performance, full of grace and muted grievances. Subedi, too, holds her ground, essaying a complex role with impressive ease ‒ relatively unaffected by its gravitas.

Azmi’s directorial style has ample space for old-world sentimentality and simplicity. It’s evident in the heartfelt scenes between Salim and Maryam, where he motivates and defends her. The interactions between Maryam and her companions ‒ Ashfaq (Kaustubh Shukla), a young auto driver; Zehra’s daughter; their friends ‒ are marked by gentle humour and soothing assurance. When Salim is snubbed by nearly everyone in the village, Ashfaq sends him new customers, fellow drivers who will pay good money for flashy shirts. Despite their education and affluence, the respected villagers ‒ the doctors, the priests, the businessmen ‒ lack basic empathy and humanity, a quality marking a pauper, an unsophisticated auto driver. A clever plot point that advances the story and sneaks in some social commentary.

But Azmi also struggles to moderate his aesthetics. Many scenes, striving hard to be poignant, heighten the pathos by the sounds of sitar ‒ it doesn’t work, feels like a desperate attempt to milk sorrow. This lack of finesse creeps, time and again, when characters talk to each other, either exchanging obvious information or displaying their callousness. Maryam attends a local dance academy, whose patron, Jai Prakash (Rakesh Chaturvedi Om) ‒ uncomfortable by the fact that he’s sponsoring a “Mohmaddan girl” learning Bharatanatyam ‒ is openly hostile towards her multiple times. It’s the kind of role that dents the drama’s credibility and undoes much of its initial hard work; in fact, Jai Prakash’s spite is so relentless that he almost becomes a full-blown villain by the climax. On the other end is Maryam’s sympathetic teacher (Sudeepta Singh) who, as the film progresses, dials up her compassion so much that it’s difficult to take her seriously.

Mee Raqsam shifts awkwardly from heartfelt to contrived, making it uneven. For much of the film, the slip-ups stay in the background, as the good outshines the sloppy. But its climax is an embarrassing mess, trying way too hard to plant a triumph through some unconvincing plot turns. It’s unfortunate because Mee Raqsam is impressive, when it’s not trying to impress.