Kaifi Azmi’s ancestral village, once poor, now growing, is the setting and the inspiration of the cultural conflicts. 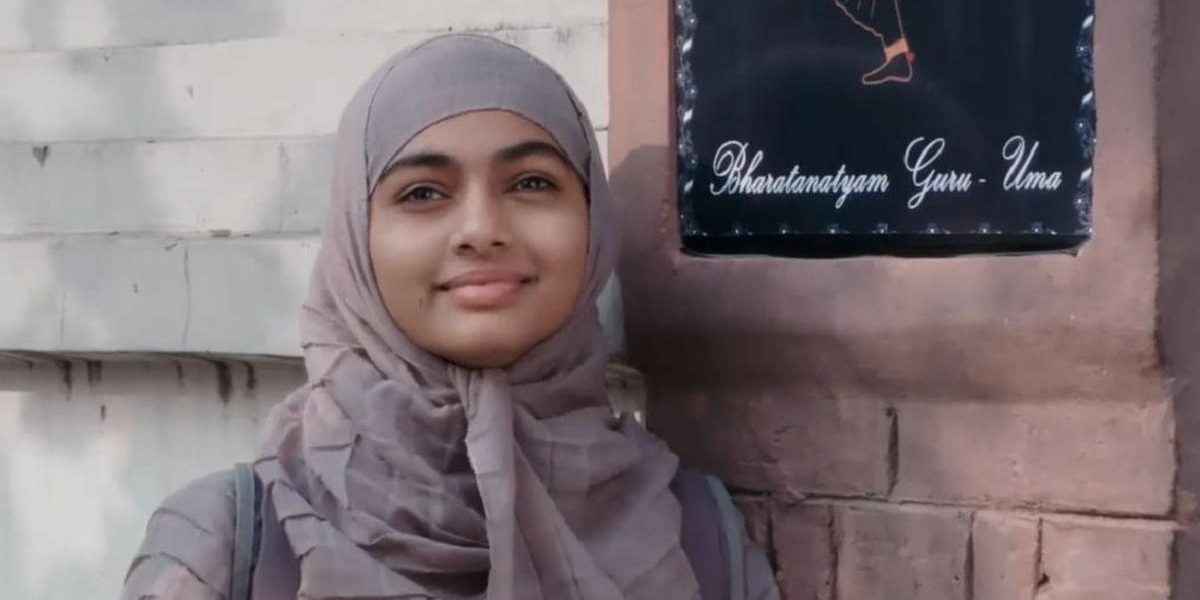 Two stories run parallelly in Baba Azmi’s beautifully acted and beautifully-paced and film Mee Raqsam. The first is the story that he sets out to tell, the story of a tailor, Salim, struggling to come to terms with the death of his beloved wife that has left him and his teenaged daughter, Maryam, grieving and bereft. He now has to not only look after her needs but also ensure her happiness. And this at a time when the slump in the market for readymade garments is taking a toll on his meagre earnings.

Maryam has inherited the desire to dance from her beloved mother, who would imitate any dance that she saw on television and, as she danced, she would draw Maryam into her circles of joy.

On her way to school one day, Maryam stops in front of a house where a young woman, Uma, has just opened a Bharatanatyam dance school. Maryam is transfixed by the music and the movements that haunt her all day. She tells her father about the school wistfully, as someone would tell another about an elusive dream. Salim, however, is not only a loving father but one who is determined to make his child’s dreams come true.

Under Uma’s watchful, affectionate eye, Maryam excels. The school’s patron, however, when he sees her dance and hears her name, expresses his distaste at the thought of a ‘Mohammedan girl’ learning Bharataanatyam which is, after all, an expression of devotion to Hindu gods and goddesses. Maryam has never heard anyone speak like this before and is disturbed, but Uma comforts and encourages her.

Worse is to follow. As word spreads in Maryam and Salim’s own community and family that she is attending dance classes, horror and shock are soon replaced with opposition and threats. Salim starts losing his customers, then he is not allowed to pray in the mosque and he is humiliated by his wife’s family. Maryam cannot bear to think that she is responsible for their growing hardships and isolation and she stops going to her dance class just when Uma tells her that she is to represent the school at a district dance competition.

A stone is thrown at Salim’s house. It shatters a window. He and Maryam come rushing out in alarm and find ‘Kafir’ written on the outside wall. The young girl’s alarm and shock turn to anger against the injustice of what her father and she are suffering and she decides not to succumb to it.

She goes back to Uma in time to participate in the competition. The patron ensures that Salim and their young friend and supporter, Ashfaq, a feisty auto-driver, are humiliated by the guard outside the auditorium but this does not deter them from entering the hall and sitting in the back row while Maryam goes in through the stage entrance.

Also Read: In ‘Mee Raqsam’, The Struggles of a Muslim Girl Studying a ‘Hindu’ Dance Tell a Bigger Story

The patron introduces Maryam in a condescending and humiliating manner. Maryam responds by going up to the mike and insisting that her father and Ashfaq be escorted to the front, VIP row. Only then does she begin her performance. The patron grows increasingly annoyed watching what he knows will be the winning performance and, surreptitiously, he has the music turned off in the wings.

Just as a sense of defeat begins to overwhelm Maryam, the music starts again. It is not the classical Carnatic music that accompanies Bharatanatyam performances, however, but a Sufi spiritual which the patron’s daughter who appreciates Maryam’s spunk and talent and connects her phone to the music system. Maryam continues to dance, her innate talent allows her to innovate and she is declared the winner by both audience and jury. This is one story that the film tells. It reveals the deepening fissure that runs through our society and the intolerance displayed among communities. Salim, Maryam, Uma and Ashfaq respond with quiet courage, a spontaneous reaction of their innate decency, and refusal to accept justifications of injustice.

But another narrative too runs parallel to this story of Salim and his daughter, Maryam. The film could have been set anywhere, in any small-town kasbah of UP. The first hint that there is something more to it is that the film is set in a specific locale, Mijwan, a village in Azamgarh where Kaifi Azmi, Baba Azmi’s father, was born. A village mired in poverty and backwardness, that was his home. Kaifi believed for most of his adult life that it is injustice and neglect that nurture poverty and inequality and, as the years went by, it was to his home that he thought of returning to fight in a circumscribed space the battle to which he had dedicated his life.

This feeling is encapsulated in his words,

When Kaifi returned to his Mijwan, it was a village like most others in the region – no electricity, no school, no road, no transport and no post office. Indira Gandhi was assassinated a few years after his return and those who wanted to watch her funeral on the television had to cycle or walk to Phulpur and sit with a crowd of people in the home of one of the families fortunate enough to own a television.

It is the story of Kaifi and his desire to change Mijwan that can be discerned in glimpses and flashes as we watch the story of Salim and his daughter. Just outside Salim’s house, there is a pukka road, Kaifi Azmi Road. Several auto rickshaws line one side of the road. Maryam studies in an English medium, co-ed school, full of boisterous, confident young people like herself, that was started by Kaifi and those inspired by him. Kaifi’s Mijwan has grown from a village into a small town, a kasbah under his care and tending. Cars come and go, a Bharatanatyam school becomes possible and there are no heaps of garbage buzzing with flies. The last one is probably the lasting effect of Shaukat Kaifi’s harangues on hygiene and health that possibly still reverberate in Mijwan. Her aesthetics can certainly be espied in Uma’s home and in the faded curtain of Orissa ikat that hangs in Salim’s home.

The two stories merge in Aditi Subedi, who emerges from Mijwan to play Maryam with complete confidence and aplomb. Aditi was born and bred in Mijwan, Kaifi’s Mijwan. She has given shape and form to his belief in the possibility of liberation from the bondage of ignorance and inequality. Her wings, however, are her own. She will chart her own flight.