So Long Kundan, and Thanks for Inflicting Us With Your Madness and Grace

Remembering Kundan Shah, on the occasion of what would have been his 70th birthday 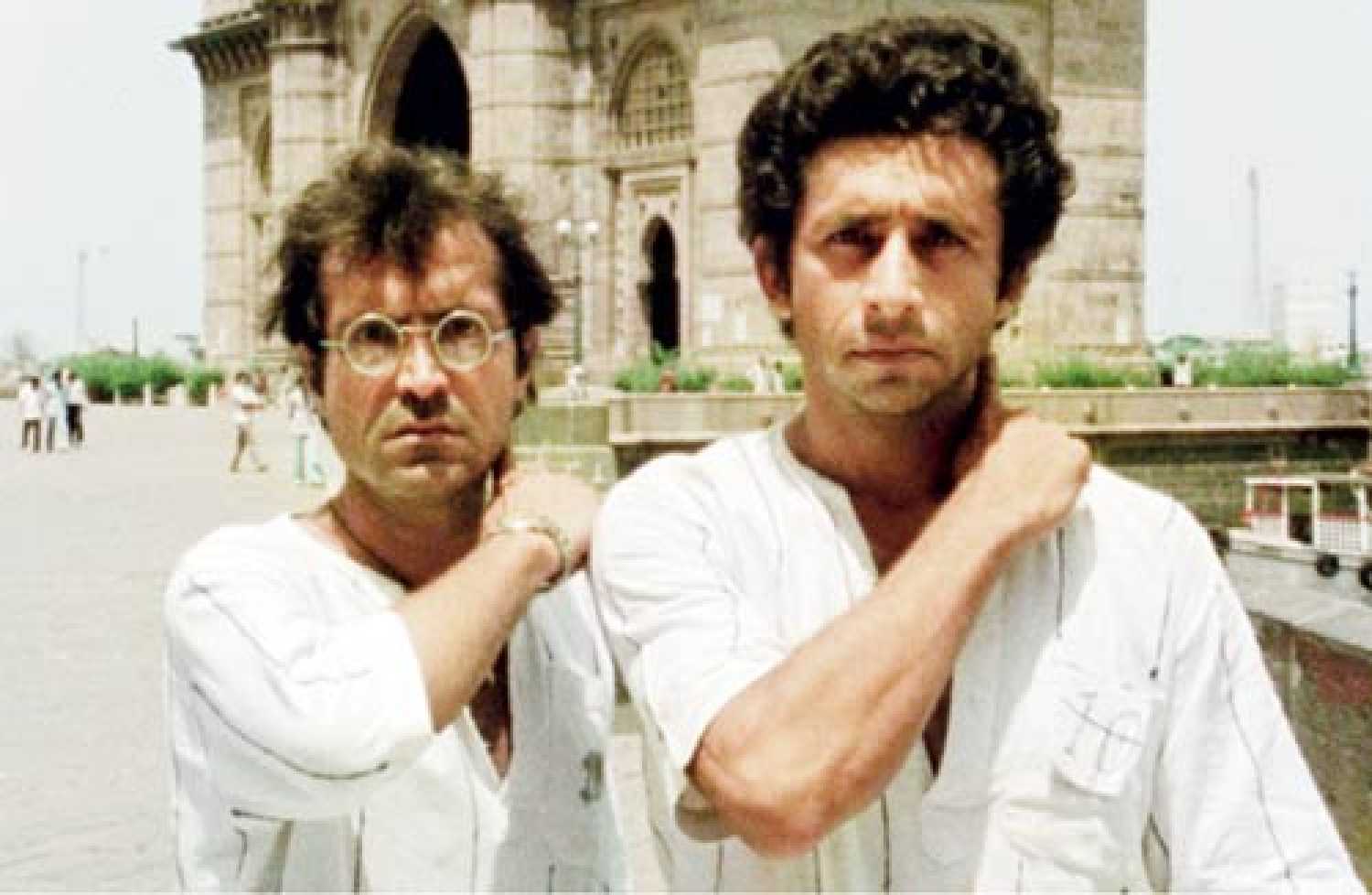 Ravi Baswani and Naseruddin Shah in the film Jaane Bhi Do Yaaro.

I didn’t want to see you but a friend pushed me inside. There you were, lying on the bed looking so peaceful. Suddenly, the tears welled up. I didn’t expect them to but they did.

The mind makes strange connections and what was flashing through my head were images of you and I traveling through Mumbai on BEST buses all those years ago. We were scouting locations for Jaane Bhi Do Yaaro. You knew your Bombay and all I had to do was follow. I don’t remember what you said but you had been given a low budget and you were making every rupee count. Hell! It was exciting, Kundan! We were making a film! At least, that’s what I convinced myself as I ate the vada paos at roadside stalls and later walked the final half a mile to an actor’s house instead of taking a taxi.

Then suddenly we were shooting. Images of that crazy mad shoot ricocheted in my head as I stood there. In the morning we used to eat aloo gobhi and in the evening we had gobhi aloo but it didn’t matter. Everybody thought that the film wouldn’t work but nobody left and when you said “Action” everybody gave it their all. Most days we shot 24 hours at a stretch because you said the scene had to be milked. And then there were the arguments and the fights! To an outside observer it might have seemed that this bunch of people were never going to talk to or meet each other ever again but the next morning the shoot began as if nothing had happened the previous day. What a fantastically talented bunch of people, and Kundan you were so so generous to a young 23 year old kid like me. Everything was shared those days, the ideas, the frustrations, the stories of love affairs and of course the many bottles of rum.

There were people outside when I walked out leaving you lying on your bed. They were murmuring as people do on occasions such as these but inside my head you were shouting. I couldn’t hear what you were saying. One sentence emerged: “People don’t know it but there is a grace in Nonsense”. You were shouting as you often did and you were saying something — something about the Marx Brothers and the shooting ratio of Chaplin and then another sentence, “Bloody hell, I am a writer and they give me someone else’s script.” I think someone in the room saw that I was about to burst into tears and patted me on the back. Everybody is so stoic these days. As if giving in to grief will upset carefully laid out business plans. The startup may fail!

But can you blame them, Kundan? We were self obsessed too. We thought our films would explode inside rotten middle class minds and kill the germs of complacency. Maybe you thought that the pause after the laughter would make people reflect on the sadness behind the joke. But did they get the joke or did they just need to laugh? Did they get your lament that we were not living in the best of all possible worlds? (Who said that? Bunuel?) Did the disappointment that they didn’t get it make you treat them with a certain disdain? You want to laugh? Here, take this!

And you gave them Yeh Jo hai Zindagi. And you made some money and the family was happier but then not many know that you tried again. This time on television, but this time not a comedy. It was a web series before there was a web. It was dark before dark became a word used to describe the lack of imagination. It was about child prostitution and police torture and about whacking the innocent into submission. It was made for Doordarshan and naturally it was banned. Yes my friends, Kundan was banned before getting banned became fashionable.

Was that the final straw, Kundan? On the one hand the frivolousness of the audience and on the other hand the brutality of the establishment?

Did you then lose hope?

Even if you did, much of the work you did with Manjul, Saeed and Aziz on TV is worth more than the work of most filmmakers of that time. What can we do Kundan? We are Indians and want to belong. We want our mothers’ approval and that of our childhood friends. Our children look up to us and we make a film so that they meet the right friends in the right schools. Hell, that’s what’s expected of us and that’s how our country ticks. But within that you did well my brother. With your films and just by being who you were.

Do you have any idea how many lives you touched? A lot of us are forever infected by your madness and grace. If we can pass on half of what you handed to us we would have done well. Isn’t that what life’s about? Running with ideas and then passing on the baton to those that come after us. Who knows whether the race has a purpose but it’s bloody exciting, so thank you Kundan.

It’s time that we began

about it all again…

(With apologies to Leonard Cohen)