Even though Kangana Ranaut's character is fascinating, the movie is unconvincing. 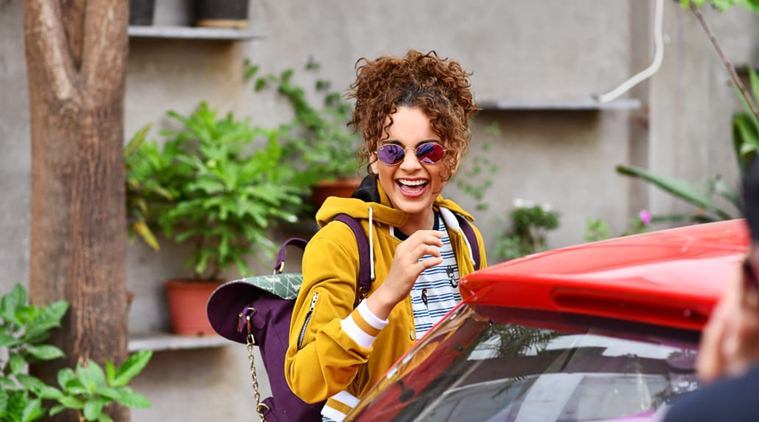 There’s something about Bobby (Kangana Ranaut). She’s a dubbing artist, has a cat called Panauti and is scared of cockroaches – so much so that she sees, rather imagines, them everywhere. Bobby, according to her boyfriend (Hussain Dalal), is “not normal”, has a “lot of complexities”. An aspiring actress, she gets so immersed in her roles that she has trouble separating the real from reel.

Judgementall Hai Kya, starring Ranaut and Rajkummar Rao, opens with Bobby’s backstory. As a child, she hid under the bed as her parents fought – her father was a controlling figure who used to beat her mother. Bobby grew up scared and paranoid. She was soon an orphan: her parents, once in the midst of a fight, fell from the balcony and died. For someone who grew up around dread and death, Bobby, as if completing a cosmic circle, is herself cast as a murder suspect 20 years later.

Bobby finds out more about herself when she meets her new tenant, Keshav (Rao), a married man who works for an industrial pesticide company. She’s soon obsessed with him: tracking his movements, spying on him, scanning his wife’s (Amyra Dastur) wardrobe. Judgementall Hai Kya, written by Kanika Dhillon, is centred on a fascinating character, and the film, in a bid to understand her, keeps paddling murky waters, often propelled by dark humour and zing.

Also read: ‘Super 30’ Is Formula-Bound and Replete With the Ironies of Privilege

Dhillon and filmmaker Prakash Kovelamudi do an impressive job of teasing out Bobby’s oddities. Bobby, we presume, keeps slipping into different personas, because she’s not satisfied with her own identity – not satisfied with herself. Her social awkwardness – her inability to read the room – comes out in strange, funny ways. Ranaut, with her visceral, physical performance, lends Bobby the aura of a disoriented soothsayer. Keshav, too, is a charming cipher. Revealing little about himself, he invites questions: Who is he? Is he as suspicious as Bobby considers him to be? Unlike Bobby, Keshav is calm and coherent – and yet you wonder, your questions laced with “what if”.

Judgementall Hai Kya revels in such confusions. Even its tone is adequately ambiguous. The movie’s initial portion, revolving around Bobby and her sex-starved boyfriend, unfolds like an atypical rom-com. But soon, there’s a murder and a police investigation, and yet the movie resists the routes of a conventional whodunnit.

Our ambivalent feelings are amplified by Bobby. Given that we’re mostly seeing things from her point of view – an unreliable narrator – we’re never quite sure. Then the film flips perspective and shows us the other side. It’s a heady, exhausting feeling: entering and exiting her head, compelling us to connect the dots ourselves. Besides, Bobby keeps you in a constant state of flux, eliciting both pathos and fear.

What doesn’t work as much is the humour – especially when it’s at the expense of Bobby’s mental state. Much of her trauma – her obsession with cockroaches, for instance – is played for laughs. Besides being unfunny, it plays into the inaccurate stereotype of mental health patients. Bollywood has a long tradition of trivialising their concerns, and it is disappointing to see a 2019 movie continuing to follow, instead of bucking, that trend. Bobby’s condition, dissociative identity disorder – a manifestation of her fevered mind, accommodating multiple voices – is externalised through a melodramatic pitch, but doesn’t provide enough insights about her as a person.

But the wheels truly start to come off in the second half. Here the film – thanks to an unconvincing plot turn – moves to London, where Bobby finds new troubles. Settling into the mould of a thriller, Judgementall Hai Kya becomes restless by the minute, scampering to surprise us at every turn. There are new subplots and characters, but they lack nuance, diluting the story’s focus.

Bobby is cast in a play, as a backup option for Sita, called Futuristic Ramayana – a feminist reading of the epic told from Sita’s point of view. The film devotes a lot of time paralleling Bobby’s story with Sita’s, using theatrical sounds and visuals, and at first it seems like an admirable effort: the discordance between our reading of events (considered ‘normal’) markedly differs from hers, which is unhinged but also feminist. But this trick lasts only till a point – the film doesn’t have enough meat, or complexity, to justify this digression.

Even the sleuthing here lacks intrigue and intelligence; the quest to find evidence looks way too convenient, the eventual victories are laid out on a platter. But the film’s climax is so disappointing – devolving this once-promising drama into a buffet of silly, violent antics – that it even makes Rao look out of depth (a misstep that’s rare to find). And fittingly so, the movie ends on a remarkable false note: by glamourising a psychiatric condition and simplistically casting it as being ‘different’, a misguided lunge at romanticisation that has nothing new to offer.