Jordan Peele’s 'Us': Black Horror Movies and the American Nightmare

Peele's films reflect the way many African-American directors have used the horror genre to narrate the black experience. 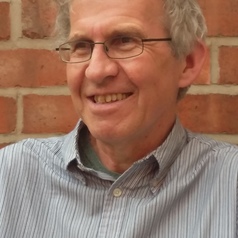 Jordan Peele’s debut horror film, Get Out (2017), pitched its black hero into a genteel white world in which lethal racist violence lurked behind every idyllic facade. In his second horror feature, the recently released Us, the cast of African American protagonists is extended and their object of terror modified. Here a middle-class family of parents and two children, on holiday in California, is suddenly drawn into a life-and-death struggle with horrifying doubles of themselves.

Us has opened to critical acclaim, and is also proving highly popular with audiences. The numbers are appropriately monstrous: the film’s box office takings from March 22-26 alone amounted to more than four times its comparatively modest $20 million budget. Given the huge success of Get Out – together with his work as producer on Spike Lee’s BlacKkKlansman (2018) – Us confirms Peele’s status as a significant player in contemporary Hollywood.

Peele’s two films to date as writer-director are, of course, not the first horror movies to achieve broad audience appeal. Think, for example, of precursors such as John Carpenter’s Halloween (1978) or Stanley Kubrick’s The Shining (1980). Nevertheless, with the success of Get Out and Us, the horror film has again become an object of mass consumption, rather than something enjoyed principally by niche demographics. Not quite fun for all the family, perhaps, but certainly entertainment for many spectators whose cinematic tastes may not normally extend to horror.

The mainstream success of these two films owes a good deal to their sheer polish. Rather than the relatively cheap look of, say, the British Hammer Horror titles released between the late 1950s and 1970s, Peele’s films have high production values. They interweave terror with comedy in a winning combination. And Get Out and Us are tactful, too, in their renditions of violence.

Peele’s camera moves on briskly from signs of bodily damage, avoiding the exploitation imagery to be found in other horror directors such as Rob Zombie (as in 2003’s House of 1000 Corpses, with its crazed family mutilating teenagers at Halloween).

Like Get Out, Us prompts us to think once more about the relationship between African Americans and horror films. The genre has proved attractive to black filmmakers in the US during the past 50 years. Why?

From the arrival of the first slave ships on the East Coast, African Americans have often fashioned their experiences into narratives of horror. Instead of reporting the enjoyment of life, liberty and the pursuit of happiness, they have testified to a Gothic fate of enslavement and violence.

Little wonder, then, that in his speech The Ballot or the Bullet (1964), the radical black activist Malcolm X said: “I don’t see any American dream; I see an American nightmare.” Or that in her novel Beloved (1987), Toni Morrison paints a nightmarish picture of: “Whole towns wiped clean of Negroes; eighty-seven lynchings in one year alone in Kentucky; four colored schools burned to the ground; grown men whipped like children.”

In the face of this grim historical record, horror is a compelling genre for African American artists. Far from appearing somewhat fantastical, the genre oddly holds out instead the promise of documentary accuracy. And just as novelists such as Morrison have found horror valuable as a means of reckoning with history, so too black filmmakers have exploited its power to move audiences to sombre reflection (as well as its marketable capacity to frighten them out of their skins).

“The monster exists”, Barry Langford, a scholar of film genres, suggests, “to teach an object (social) lesson of some kind.” So it’s worth stopping to think about what we are taught by the figure of the monster in horror movies directed by African Americans.

The first lesson comes from a set of films that, at first sight, recycle racist tropes in presenting their monster as black. What is distinctive here, however, is a tendency to motivate the monster’s violent actions – instead of expressing mindless savagery, these are to be understood now as the inevitable outcome of racial injustice.

Examples of this cinema of black protest include William Crain’s Blacula (1972), in which an 18th-century African prince becomes a vampire in contemporary Los Angeles after his plea to abolish the slave trade is ignored. Or Bill Gunn’s Ganja & Hess (1973), featuring a black anthropologist turned vampire and similarly adapting the shopworn Dracula plot to reflect on the legacy of white dominance. Both of these films date from a time when stylistically inventive and politically energised African American horror films flourished even in the face of restricted budgets.

But elsewhere in black American horror cinema, the colour coding of the monster is adjusted. In these rather different scenarios of terrifying white threat, the African American protagonist takes on the role of the endangered. This subversive move is, of course, available to others besides black filmmakers. George Romero’s Night of the Living Dead (1968), for example, shows a resourceful black protagonist menaced by the white undead. But there are many instances of this sort of plot within the black cinematic canon, extending from Crain’s Dr. Black, Mr. Hyde (1976) to Get Out itself.

To juxtapose Peele’s new film with Get Out is to see a further twist in the racial dynamics of the African American horror film. In Us, the central black characters are neither monsters nor victims in any simple sense, but actually both (as are their white equivalents). Monstrosity is in fact hard to locate here with any authority. The vulnerable black family we root for as it struggles against its terrifying doubles is after all itself vampiric, in its exploitation of those people less economically advantaged.