In a career spanning five decades and over 100 films, she won two National Awards. 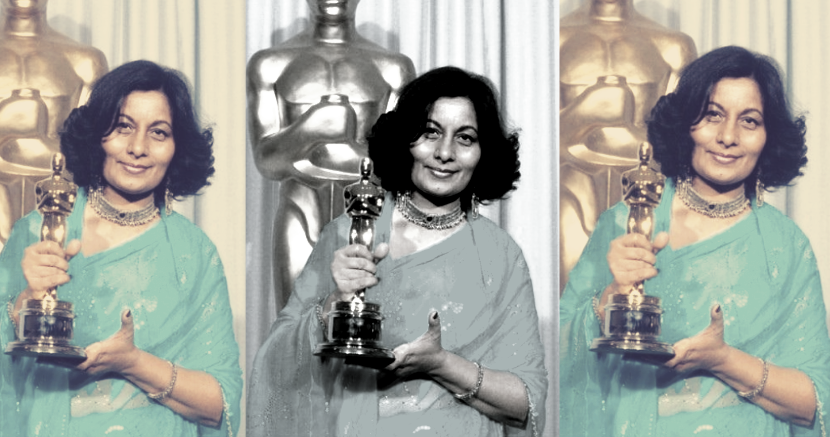 Mumbai: Costume designer Bhanu Athaiya, India’s first Oscar winner, died at her home on Thursday after prolonged illness, her daughter said. She was 91.

Athaiya, who won an Oscar for her work in the 1983 film Gandhi, passed away peacefully in her sleep, her daughter Radhika Gupta told PTI.

The last rites took place at the Chandanwadi crematorium in South Mumbai.

“She passed away early this morning. Eight years ago, she was diagnosed with a tumour in her brain. For the last three years, she was bedridden because one side (of her body) was paralysed, her daughter said.

I was seated along with the other four nominees in my category for La Traviata, Victor/Victoria, Sophie’s Choice and Tron. All said that they didn’t stand a chance and that the Oscar would be mine because my canvas was so huge: Bhanu Athaiya in her memoirs. #BhanuAthaiya pic.twitter.com/JHnAGvyEMu

Athaiya, who was born in Kolhapur, began her career as a costume designer in Hindi cinema with Guru Dutt’s 1956 superhit C.I.D. She had a career spanning over five decades and over 100 films, including well-knowns ones such as Gunga Jumna, Teesri Manzil, Johny Mera Naam, Siddhartha, Satyam Shivam Sundaram, Shalimar, Razia Sultan, Lagaan and Swades.

Many of her iconic costumes, such as Sadhna’s figure hugging kurta-churidar in Waqt, Waheeda Rehman’s red saree in Guide and the bright orange fitted saree in which Mumtaz managed to dance vigorously in Brahmachari, all had a huge impact on the Indian fashion scene. Her 2011 book The Art of Costume Design had images of many of her film designs over the decades.

She won the Academy Award for Best Costume Design in Richard Attenborough’s Gandhi along with John Mollo.

The Oscar was one of many awards he won in her career. The statuette stood on a cluttered mantlepiece in her workspace in south Bombay, where she sketched and designed till well into her 80s. She was proud that she had trained as an artist in the prestigious J J School of Art in Mumbai in the 1950s.

In 2012, Athaiya returned her Oscar to the Academy of Motion Picture Arts and Sciences for safe-keeping.