Halahal: A Death in Ghaziabad and a Search for Elusive Truths

The film is a sharply written thriller which only stumbles in the final act. 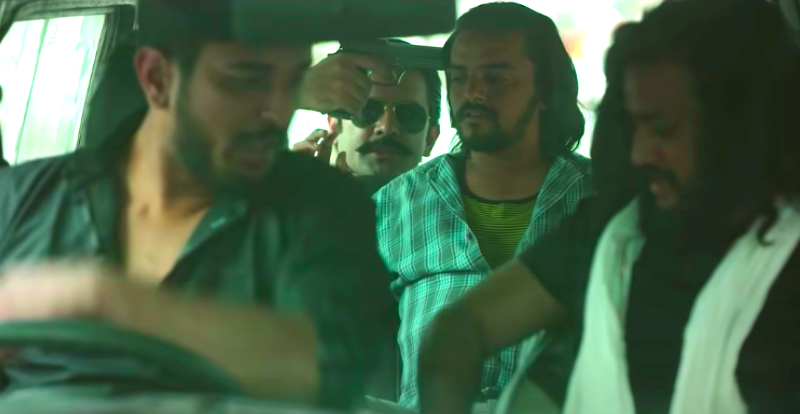 A young man and a woman in the midst of a tense conversation. They talk in snatches. He is running away from her; she is chasing, persuading. They’re followed by a handful of goons. The man and the woman end up on the Delhi-Noida highway. Suddenly, a truck appears and runs over her. The men then burn her dead body.

Next day, the newspapers carry reports that a young medical student, Archana, died by suicide.

Halahal, directed by Randeep Jha, streaming on Eros Now, does not start as much as it explodes. We are then left with scattered pieces which, seemingly different from each other, elude comprehension.

The man wanting to put them together is Shiv (Sachin Khedekar), a doctor in Rohtak, Archana’s father. But when Shiv reaches Ghaziabad, he finds a different world, a different story.

The cops insist that it was a suicide; the post-mortem report, by the college head Acharya (Purnendu Bhattacharya), looks like a rushed job, getting her blood group wrong. Some college students, too, sound evasive. So does the owner of a local coaching institute, where Archana was a part-time teacher. Shiv and the audience are preoccupied by the same question: What is going on?

Shiv finds an unlikely ally in a young cop, Yusuf (Barun Sobti). But he only listens to the sound of money. Shiv’s case provides him a new gateway: a way to earn some quick cash. It’s a curious collaboration that acquires symbolic meanings. Shiv, an honest, straightforward man, is the embodiment of old India.

Also read: In ‘Class of ’83’, a Blurring of the Line Between Upholding and Breaking the Law

Yusuf, brusque and violent and greedy, represents its new cannibalistic version. Which makes sense, because the scam at the centre of this story — of “management” seats in medical colleges, involving politicians, cops, coaching institutes, professors — emerges from the very insatiable hunger of the Indian middle-class, which can pay any price for their kids’ success. Some costs, however, are more unaffordable than others.

The film tells a dark, unsettling story — replete with murders and misdirection and betrayals — but the screenplay (by Gibran Noorani) is quite level-headed. Even amid tense plot turns, it springs scenes of absurd humour, illuminating the social milieu, revealing character and power dynamics.

It never loses sight of a significant aside, imbuing the film with notable pathos: of a father battling the loss of his daughter. Khedekar turns in an impressive performance — his demeanour marked by haunting desperation and relentless pleas, looking for a clue that’ll open a door, offer some answer, anything, something. Shiv, of course, wants to nail the perpetrators, but this investigation also gives him something else, the most potent weapon against grief: a sense of purpose.

The makers do not depict Yusuf as a simplistic, corrupt cop, either. As he and Shiv become familiar, we get Yusuf’s backstory; it’s neither elaborate nor dramatic but provides enough context to see him as a complex person — someone waking up to the true extent of state corruption and the realisation that he may have been an unwitting accomplice all along. The best segment of the story, even though short-lived, centres on their joint investigative effort, where they bring their professional experiences to assemble the missing pieces. Khedekar and Sobti’s chemistry — a blend of old and new, a doctor and a cop — is marked by distinct novelty and charm, a bond that adds dimensions to this thriller, turning it tender, subverting our expectations.

The extent of the scam — called “UP ka Vyapam” — is so huge and mind-bending that that narrative style befits this depraved world. The thriller astutely understands how such an enterprise works — like a tiered house of cards, comprising multiple levels of deceit, so that finding a few vile elements is not enough. The screenplay, as a result, consistently sustains intrigue.

That feat is all the more impressive, because it gives little away — each reveal becomes bigger than the last, giving the leads an illusion of success, but all they find is one mirage after the other, much like the students who are beneficiaries of the scam. Such an approach could have made the film tedious, but the writing is focused and disciplined and, at a runtime of 96 minutes, contains nearly no flab.

The film briefly stumbles in its final act when, amid numerous twists, a few plot turns feel unconvincing. Besides, the writing discards its pursuit of small findings and concludes the film on a note of sizeable exposition, denying us crucial moments of intrigue and suspense.

But its biggest triumph is its climatic reveal — a development that upends and justifies the film both cinematically and politically. In most thrillers, the final outcome acts as a closure, but here it opens the film further, unfurling a new set of questions. At the same time, it feels like a fitting finale to a story where villains materialise in all shades and shapes, recasting our perceptions of good and evil.

Halahal depicts a world where everybody is a schemer — or eventually becomes one. When you’re destined to lose, the end result ceases to matter; victories then are measured by the margins of loss.