70 Years Ago, Guru Dutt Created Bombay Noir With 'Baazi' and Set Off a New Trend

Clubs, Crime and Cabaret, became the formula which continued to be part of films till the 1970s. 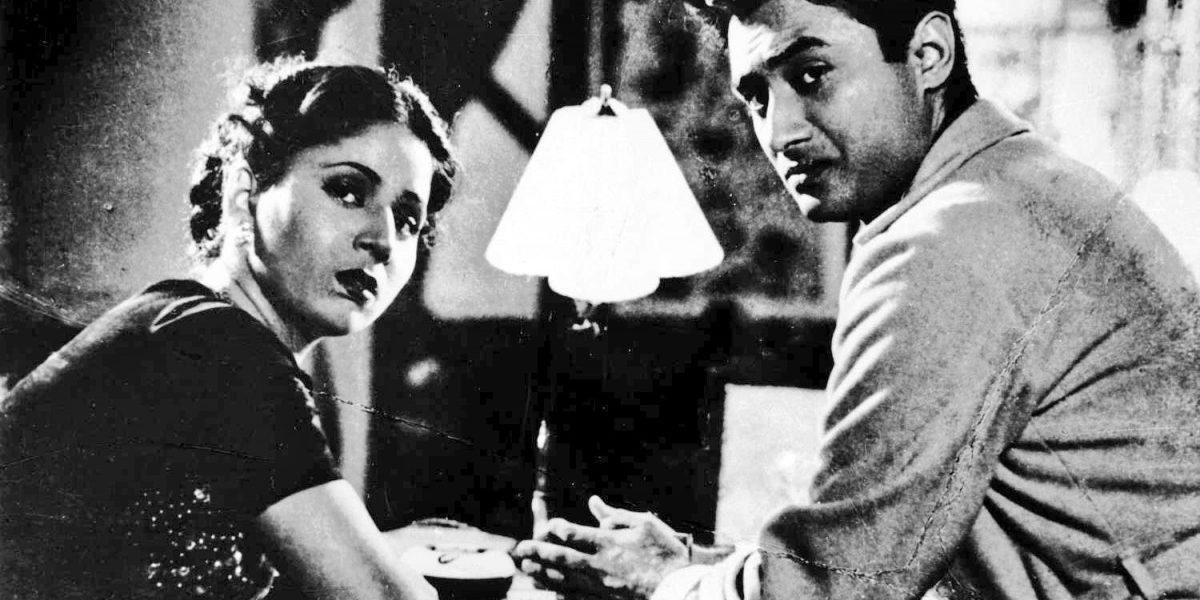 A scene from Guru Dutt's 'Baazi'.

As the club dancers pick up tempo and the hero watches, first smiling, then trying to understand her words, ‘time is passing, be watchful’, the camera cuts to a gun being pulled out of a jacket, a tight shot of a pair of eyes darting around, beads of perspiration on the unseen man’s forehead. The dancer casts meaningful glances, and we, the audience, know that something dramatic is going to happen, even if we don’t know what.

A common enough sequence in countless Hindi films, during the climax of the film, when many strands come through and evil men plot the killing of our innocent hero. But it was new, unusual, and exciting when it was shown for the first time on the screen, in 1951, exactly 70 years ago.

The film was Baazi, written by a young man who had returned from England, Balraj Sahni; the dancer on the screen was Geeta Bali, the nervous eyes belonged to Rashid Khan, the hero whose life was in danger was Dev Anand, then just in his late 20s. Music by S.D. Burman, lyrics by Sahir Ludhianvi, choreography by Zohra Segal. And the film was by Guru Dutt, making his debut. With such a highly talented team, Baazi was bound to be a hit, and it was, firmly launching the struggling Dev Anand’s career.

With this first film, Guru Dutt also launched a new genre on the Indian screen – new to India, though it was already old in Hollywood and Britain. Film Noir (though it wasn’t called that till much later), took off after John Huston’s debut film, The Maltese Falcon. Dashiell Hammett’s story of greed, moral corruption, and of course murder, it starred Humphrey Bogart as the tough private eye Sam Spade who deals with a bunch of colourful but shady criminals who are desperately trying to acquire the late 17th century statuette of a black bird, which has a bloody history. Spade has a moral code all his own, though future heroes would be almost universally immoral, would not be able to stand up to temptation and this would almost always lead to their downfall.

Ruthless criminals and crime bosses, corrupt cops and a femme fatale were some of the usual characters in such films, though often the heroes did not need much wooing to start a life of crime. The films were shot with an interplay of light and shadows, as if to accentuate the conflict between good and evil. Some of these films — now considered classics — like Double Indemnity, The Big Heat and Sunset Boulevard, were directed by continental European directors such as Billy Wilder and Fritz Lang, who had escaped Nazi Germany. Hollywood producers gave them minimal funds, but they had learned their craft from the early days of German Expressionism, and used those techniques to light up their sets, though two of the greatest Noir films, A Touch of Evil (Orson Welles) and The Third Man (Carol Reed) were directed by an American and a Briton.

Baazi started off what may be called Bombay Noir—a number of crime films followed after it. Dutt made Jaal, Aar Paar and produced CID, directed by his assistant Raj Khosla. Chetan Anand directed Taxi Driver and Pramod Chakravorty made 12 O’Clock; Raj Kapoor made Shri 420, probably his best film and Shakti Samanta did Howrah Bridge and China Town, both nominally set in Calcutta. A number of other films were produced and almost all of them had familiar ingredients—crime, clubs and cabaret, with songs often setting the mood and taking the story forward. The clubs were fronts for criminal activity and the dancers were seductresses, with names like Rosie, Edna and Lillian, but with a golden heart. The films were mostly set in Bombay, and the availability of a new lighter camera, instead of the customary heavy equipment allowed the filmmakers to shoot on the streets of the city, mainly in south Bombay, where the back bay reclamation had created a new precinct which had beautiful, modern Art Deco buildings, wide, tree-lined roads, and of course Marine Drive. These were decidedly urban films, with not a village in sight and struck a chord with city audiences.

The films were foreign-inspired, though the stories and the treatment were Indianised. No drinking could be shown because of prohibition—thus we had the somewhat ludicrous images of suited patrons drinking tea or Coca Cola while watching a club dance; police officials could never be shown as corrupt, though respectable businessmen who are in reality sinister criminals was allowed. The song ‘Jaata Kahan Hai Deewane‘ was cut out because it suggested the moll (Waheeda Rehman) seducing the upright cop, Dev Anand and reportedly because of the use of the words ‘kuch mere dil main fifi’ in it. There had to be romantic songs between the leads and a comedian — Johnny Walker was the main choice — though the clever filmmakers incorporated him into the story. The main lead was usually from a poor background, often a migrant, wanting to just get by — Baazi, Aar Paar, Taxi Driver and Shri 420 are good examples. Their insouciance and refusal to sink into self-pity was refreshing to a younger demographic and still looks fresh after several decades. 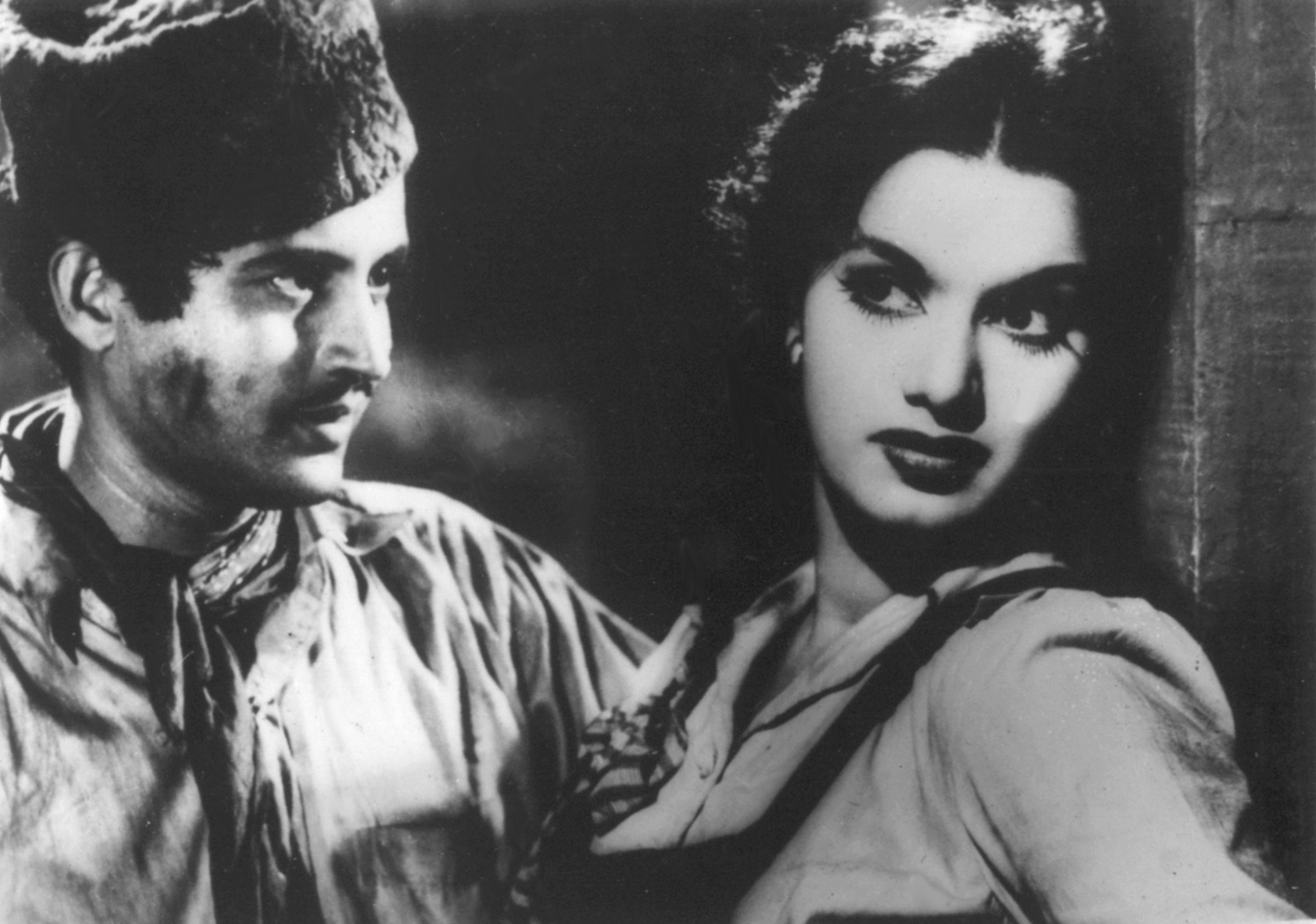 Crime films were generally looked down upon by the ‘gentry’, though the masses loved them and they were big hits at the box office. Some of the films still make entertaining viewing and the songs remain popular. The genre eventually faded out by the early 1960s, though the formula of clubs dancers and crime bosses, became a staple in the movies even through the 1970s.

And it was Guru Dutt who started it all. The same Guru Dutt whose angst-driven films Pyaasa and Kaagaz Ke Phool draw such oohs and aahs even 50 years on.

It is a pity that his devotees — fans is too mild a word — and the many scholars who have written books on him do not consider these films at all. Most books on him, barring Nasreen Munni Kabir’s, In Search of Guru Dutt, based on her TV series, ignore his pre-Pyaasa past, concentrating only on four films—Pyaasa, Kaagaz ke Phool, Sahib Bibi Aur Ghulam and Chadhvi ka Chand. The irony is the last two weren’t directed by him at all and even die-hard followers may not be able to recall their names. Abrar Alvi spent years of his life insisting he had directed Sahib Bibi Aur Ghulam, but no one cared—they just focussed on Guru Dutt. A well-known director, who I once asked to talk about Baazi and other films, waved his hand away and responded, “They are all trash.”

This attitude is understandable—Pyaasa and Kaagaz ke Phool conform with the general view that he was a sensitive artist in a cruel world that did not understand and appreciate him. That he died of suicide at a young age has done much to enhance his posthumous reputation and to say he was the greatest Hindi film director of all has become a mantra. No one is ready to closely see Kaagaz ke Phool, for example, as a bloated, self-indulgent film with a loose script – Waheeda Rehman has said pretty much the same thing. 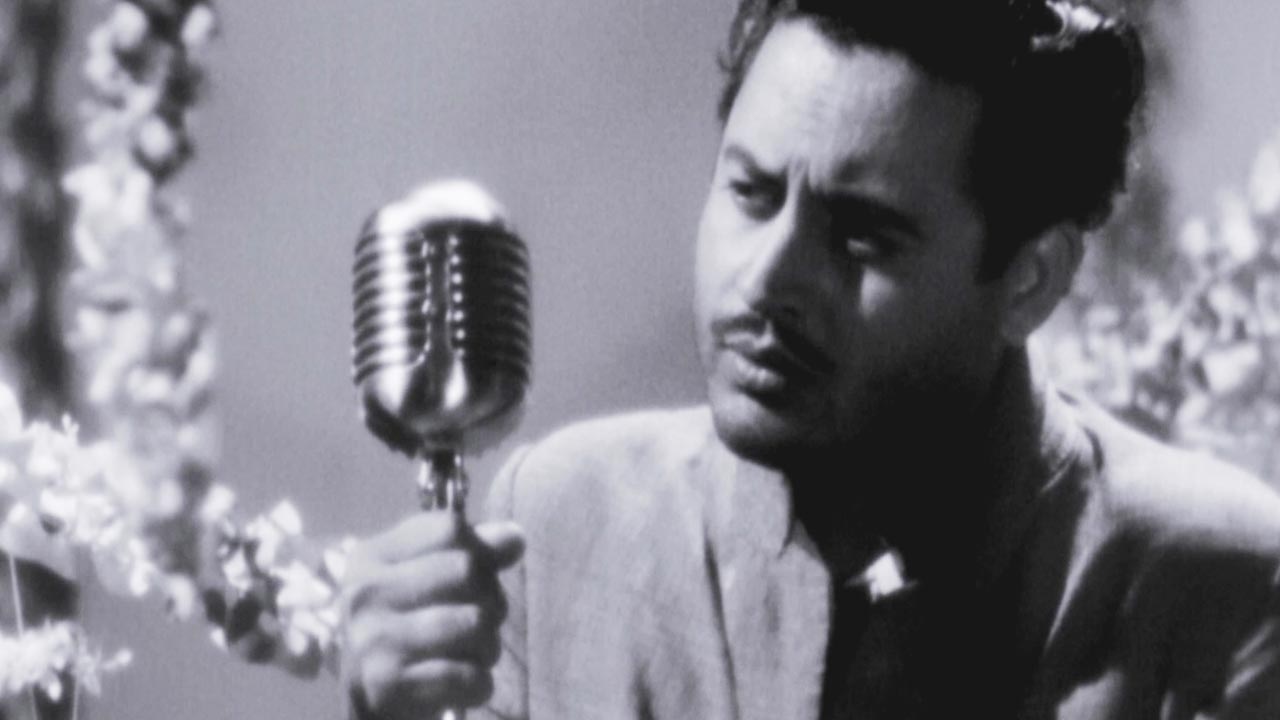 On the other hand, simply dismissing the previous films means that the followers and scholars miss out on Guru Dutt’s early trajectory where he honed his craft and learnt many of the techniques that he used in the later films. Baazi has some rough edges, it is a well-made film, which tells a good story. And showing the hero as a young criminal was quite unusual at the time – Dev Anand took the risk and it paid off, forming a screen persona that stayed with him all his life. Dutt’s cameraman, the much celebrated V.K. Murthy, learned on the job and both Baazi and Jaal have elements which became part of his signature style.

These films need to be re-assessed. To dismiss them out of hand, because they are crime films and not ‘high-minded’ enough is short-sighted and ends up eliminating an important part of the film industry. FTII students and younger directors are great fans of these films and often get inspired to use elements in their later, ‘Neo Noir’ movies. Anyone who sees Baazi or Aar Paar closely will undoubtedly develop a new appreciation of Guru Dutt.