Gurgaon, just like the family it examines, hides secrets aplenty – secrets that are dark, disturbing, disgusting. 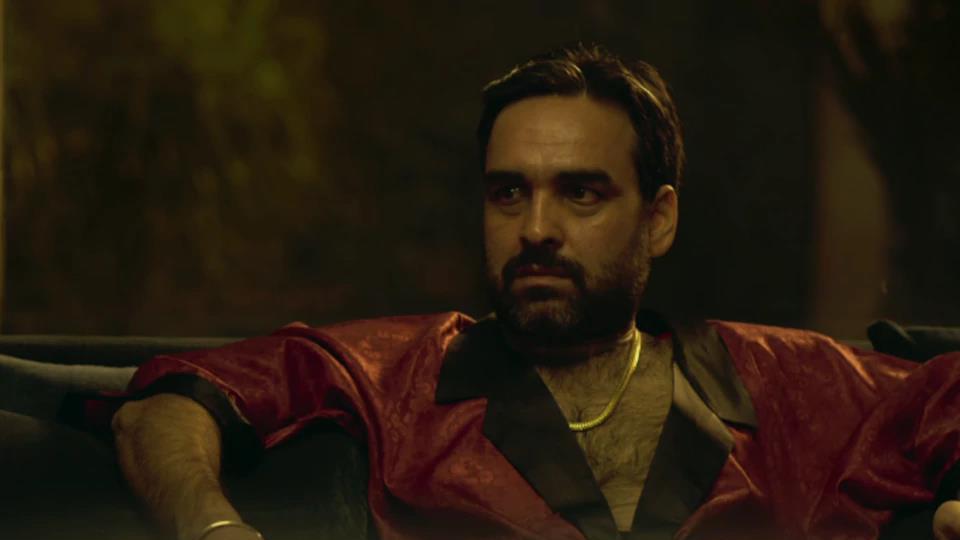 Navdeep Singh’s 2015 thriller, NH10, and Shankar Ramen’s debut, Gurgaon, share quite a few obvious similarities. Both the films are centered on and around Gurgaon. Both of them are interested in examining the seamy side of the city and its people, marked by violence, misogyny and duplicity. Both of them have female protagonists struggling for their lives. But a less obvious similarity between the two is equally striking: the possibility of violence at toll booths.

In NH10, that violence is spoken about. In an early scene, a toll booth operator tells the hero, Arjun (Neil Bhoopalam), that a few days ago his colleague was shot by four people in Pajero, because they didn’t want to pay the toll fee.

In Gurgaon, that violence is shown. At one point, a toll booth operator is shot. In another scene, where a group of friends stop near a toll booth, two ruffians are fighting in a distance near another booth. Ramen doesn’t focus on the brawl, seemingly considering it as an accidental detail, treating the violence as footnote – as a routine reality. From afar, this detail looks strange: commonplace, forgettable, perversely funny even. It almost feels unreal – a distant melodramatic flourish – presumably reveling in visions of dystopia and anarchy, but it’s not. A February 2017 news report states that, “Being a toll booth employee at any of the plazas on the outskirts of Gurgaon could qualify as one of the most dangerous jobs in the city.”

In Gurgaon, facts make fiction inadequate. It’s not surprising then that Gurgaon opens with a title card that reads, “Inspired by true events.”

The movie revolves around a wealthy family in the city. Its head, Kehri Singh (Pankaj Tripathi), owns a real estate empire; his daughter, Preet (Ragini Khanna), has recently returned from a college abroad, where she studied architecture; his son, Nikki (Akshay Oberoi) is a bum, wasting time and money on gambling. Nikki wants to open a gym; Kehri scoffs at the idea, instead putting his daughter in charge of constructing a building at the same site. Nikki resents the loss of financial independence, but he’s also devoid of something else he can’t consciously fathom: his identity.

When he calls a bookie to bet Rs one crore on Virender Sehwag’s century, he quickly mentions, “Preet Singh Real Estate” in his introduction, conforming the legitimacy of a big financial risk. Later in the night, he’s in a vast field, staring at a board of his sister’s real estate enterprise, which proclaims, “No trespassing.” Nikki, the trespasser, can’t get enough of it. Although Preet is the one who’s stayed abroad, and wants to escape the family business and, ultimately, Gurgaon, the real outsider of the family is Nikki – someone who stayed back. Nikki is also distinctly different from Preet. She’s articulate and polished; he has the eloquence of a rubber stamp. She has the means and the will to be independent; he’s happy being a cog in a golden wheel. She’s calm and relaxed; he’s an unsuspecting cracker about to be lit. She’s heading a Rs 25,000 crore project; he’s lost a crore in bet. Nikki is a boy who is terrified to be a man.

The central conflict in Gurgaon is not as much between the haves and have-nots, but between the haves and haves-yet-made-to-feel-like-have-nots. Nikki may wear expensive clothes, drive a luxury car, live in an opulent duplex, yet he can only go as far. He and his friends are denied entry to an upscale party. They see a car moving slowly on the highway, and quickly shout, “Pakka lady hogi (must be a girl).” They struggle to make sense of a rock song, calling its singer “rok sow”. This new Gurgaon feels disconcerting and alien to Nikki. He’s become every local’s worst nightmare: an exile in his own land.

If Nikki is fascinating, then so is his father. For the first one-third of the film, we only know him superficially. We know that he’s wealthy, trusts his daughter, disapproves of his son, and nurses himself to sleep every night with a few pegs of cheap rum (even with all the new money at his disposal, Kehri prefers an old and familiar intoxicant). And that he – a man who rose from humble origins of the old rural Gurgaon – occasionally wears a golf cap. Ramen reveals the man to us slowly, through a handful of intermittent flashback scenes that reshape our perception of him. And as the story begins to unfold, Tripathy’s Kehri becomes increasingly reminiscent of Marlon Brando-like figure in The Godfather: he’s a patriarch of a wealthy powerful family; he mumbles a lot and yet, can shut others up; he’s not afraid of, or unfamiliar to, violence. But it’s not just the way Kehri is written that evokes the Vito Corleone comparison (Brando’s character in The Godfather); it’s also the way he’s shot: mostly sitting indoors, occupying the centre of frame, carrying a gentle air of dread. Even their differences have a tinge of similarity. Unlike Vito Corleone, Kehri Singh is a metaphorical migrant; his Sicily is old Gurgaon.

Tripathi is a terrific actor, of that there’s little doubt – he’s essayed memorable roles in films as diverse as Gangs of Wasseypur, Masaan, Anaarkali of Aarah – but his acting prowess scales astonishing heights in Gurgaon. Hailing from Bihar, Tripathi, who helped Alia Bhatt learn the Bhojpuri accent in Udta Punjab, nails the part of a depraved Haryanvi man with terrifying precision. Tripathi’s Kehri changes mode subtly and expertly throughout the film, leaving our feelings towards him in a constant swing.

Gurgaon, just like the family it examines, hides secrets aplenty – secrets that are dark, disturbing, disgusting. And similar to its centrepiece, the Singh family, Gurgaon is a deceptive little beast. Although the film is presented and structured like a thriller, it is, at the same time, a fine portrait of a city trapped between the glitz of new and the innocence of old. Ramen, who co-wrote the screenplay, cares about telling a compelling story, but his film is also always alive to the city. Evocatively shot by cinematographer Vivek Shah, Gurgaon has Gurgaon breathing down our necks, showing us images of splendour and gloom. There’re several shots of the city (which include the panoramic views of metros, glassy high-rises, and an intricate crisscrossing of roads), of the dumping ground (where birds fly in slow-motion and garbage sleeps contently on vast tracts of land), of the countryside (a quiet land waking-up to the benefits of violence). The cinematography is sporadically dramatic, too (tubelights flicker in the hallways, the vast fields are bathed in mist, the night shots are a curious mix of black and blue), Ramen and Shah also find innovative ways to shoot conversations (especially when three people are locked in a tense exchange), making Gurgaon an atmospheric immersive whole.

There are scenes that underline class conflicts (a revelatory moment has a local goon slyly persuading a security guard to let him enter a particular part of the mall, via a dialogue that highlights their shared status of social outcasts; later, a fascinating exchange between two men revolve around where to eat: McDonald’s or a local dhaba), that expose people as brutes (towards the end, the cops arrest that goon but don’t handcuff him, instead hang him upside down from a tree), that shows the links between self-loathing and misogyny (a chilling scene has a disgruntled Nikki suffocating a sex-worker in a bath-tub). Throughout the film, Ramen expertly balances the macro (the examination of a city) with the micro (the mechanics of a story). It’s not devoid of false notes – a strain of song or background score dilutes the poignancy of a scene; a singer saying “man” multiple times, implying his sophistication, looks forced; random bits of violence, at times, seem to shock more than inform – but they’re few and far between.

Ramen goes full-throttle in Gurgaon, depicting a sordid world in all its depravity. As a result, unlike NH10, its climax is starkly devoid of any optimism. However, just when you think that the film’s about to end, its characters condemned to their worst possible fate – the bane of existence –it goes on for a fair bit, introducing a twist ending. This new climax – more crowd-friendly and simplistic – seems to go against the very grain of the film, lending it a degree of falsity. But, I ultimately figured, maybe it was a cruel joke of sorts (a dream-like coda bookending a film inspired by true events), implying that maybe we, deep down, do actually crave violence, and that we’re no better than the perpetrators hiding in plain sight. All we need is a chance. That felt more unsettling.