'Gunjan Saxena' Should Be Celebrated for Its Depiction of Women's Empowerment

Detractors of the movie appear to be upset that it does not exploit women's issues, but attempts to deal with them sensitively. 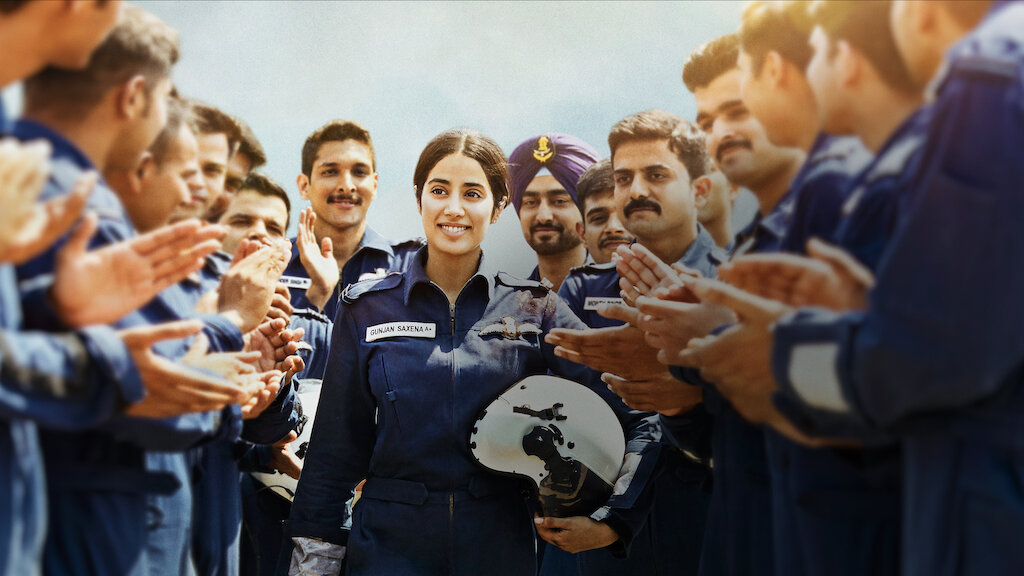 A still from 'Gunjan Saxena'. 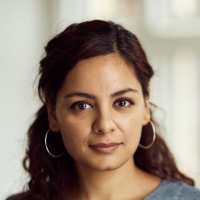 I am wary of throwing my hat into this ring and defending a movie that I deferred watching for so long. I had reservations that Gunjan Saxena: The Kargil Girl was going to be yet another Bollywood film heartlessly co-opting gender issues within jingoistic melodrama. On that account, I stand corrected. While Gunjan Saxena is not a great cinematic experience by any stretch of the imagination, the nature of controversies surrounding the film is peculiar. It betrays deep-seated hostility towards a radical representation of women’s empowerment, which the film has attempted.

The primary objection against this dramatised rendition of Flight Lieutenant Gunjan Saxena’s life is that it ‘tarnishes the image of the IAF’ – the depiction of Saxena’s professional struggles make the IAF look like a misogynistic institution, intolerant to the presence and progress of women.

Let us remember that the mainstay of the film is not the IAF but a semi-fictionalised account of Gunjan’s aeronautic aspirations. Her dilemma over lack of patriotic fervour is resolved by her father in one of the most unobtrusive yet dignified dialogues on nationalistic ethos that mainstream Hindi cinema can offer. He counsels her that “true patriotism” lies in sincere and passionate hard work, not in reducing the IAF ethos to “Bharat Mata ki jai”. This refreshing representation appears to be largely disregarded by those who find the film to be a ‘nauseating and malicious fabrication’.

The IAF is a prestigious institution with countless remarkable feats of bravery. It is also the undeniable sum of its constituent parts. If each victory and display of courage that adorns the institution deserves to be celebrated, then surely certain shortcomings can be acknowledged too. Before Saxena’s entry into service, the male officers are understandably depicted as unaccustomed to having women around. Leisure for them includes adorning walls with pinup posters, playing lewd music, reposing in partially zipped overalls.

The subsequent exasperation of male officers is hardly portrayed in a malignant manner – their misgivings about having Saxena around are expressed through light mockery or sexist banter. It, noticeably, never transcends into predatory behaviour or sexual abuse. Even Commanding Officer Dileep Singh harbours no intrinsic hostility towards Saxena. His antagonism springs from a sincere, albeit misplaced, sense of duty, which renders him oblivious to her passion and struggle. Such a representation is not a wholesale trivialisation of the IAF. It merely reveals the overlapping and conflicting motivations of Saxena’s colleagues and her overprotective brother.

A similar grievance is that the movie does not take into consideration how much the IAF has evolved. This is akin to accusing every Second World War film of maligning present-day Germany. The ‘reel’ Saxena adjusts to an arena that was and is the bastion of men and conversely the IAF adjusts to her. CO Gautam Sinha invests in her training.  CO Dileep Singh symbolically acknowledges his lapses in trying to prove Saxena’s physical weakness by making her arm-wrestle her male colleague.

Any process of change involves resistance and accommodation. We cannot be squeamish about how past misgivings are represented, especially if we are surefooted in defending the evolutions that have taken place since then. Let us also not pretend that fair and abuse-free working conditions have been secured as irrevocable rights for women. These remain grounds for indefatigable struggle. Therefore, while the IAF is not misogynistic, the criticism in this regard is.

The ‘women are equal to men’ fallacy

Much issue has been taken at Saxena frequently tearing up. Contemporaries of Flt Lt Gunjan Saxena found it repugnant that the film shattered their image as “strong, independent wom(e)n who always stood (their) ground and faced all kinds of challenges in life with a smile”. The requisites for empowered female appear to be – do not cry, do not attract attention to challenges, bear difficulties with an unwavering grin. The film, on the other hand, does not condone this fallacious need for women to adhere to macho notions of strength. Tears are not an impediment to strength or calibre.

Under the insignia of ‘women are as capable as men’, liberal discourse on gender equality expects individual women to rise above the ‘inferiority of female-ness’ and enter a man’s world while leaving the power dynamics unchanged. It obliterates the differences in class, ethnicity, religion, sexual orientation, marital status – all of which mediate exploitation on the basis of sex. The grace and respect that “servicemen” reserve for “ladies” is typically defended by citing patronising gestures like getting up when women enter the room, opening doors or escorting them to venues, etc. Gunjan Saxena diverges from the hackneyed expectation of making Saxena “one of the boys” or, alternatively, adding a romantic liaison with a colleague. It relies neither on outrightly negating her female-ness nor on drawing on her physical beauty.

To call Gunjan Saxena a ‘national embarrassment’, as commentators have done, is heartbreaking, and detrimental for similar attempts at tacking gender politics on screen. The film’s passing reference to the lack of separate toilet facilities has been called a sensational dramatisation of a ‘non-issue’. When the subjects of open defecation, menstruation or female wresting are co-opted in entirely male-centric narratives, fact-checkers deign batting a conscientious eyelid.

Also read: Review: ‘Gunjan Saxena’ Soars High But Is Let Down by Its Own Heaviness

I have witnessed the ‘jauhar’ scene in Padmaavat being defended as creative liberty, while hardly anyone objected to abortion being called murder in Raazi. Heavens forbid Bollywood dramatise a woman confronting her senior officer for persistently cancelling her trainings. Or a father rebuking his daughter for wanting to get married as a reprieve from her professional struggles. Not to indulge in whataboutism, but factual inaccuracies in movies like Border or Uri were forgotten within the lifespan of a mayfly.

For every half-decent “woman-centric” film like Gunjan Saxena, there are dozens of deeply problematic ones such as Kabir Singh, Sanju, Sultan, Tiger Zinda Hai, Simmba, Bajrangi Bhaijaan. These are among the highest grossing Hindi films of all time. They also fail the paltry Bechdel test criteria of equitable representation of women in films. But I am yet to hear any one complaint about how the ‘dramebaazi’ in these films caused discomfiture of nationalistic proportions. It is Gunjan Saxena that has been found guilty of objectifying women.

Produced by Dharma Productions (along with Zee Studio), and with a star-kid in the lead role, Gunjan Saxena has received justified indignation for endorsing nepotism. The producers will receive a lion’s share of the unimpressive box-office returns that a woman-centric film can beget. If they must exploit gender issues, I’d rather they do it by supporting a film in which the female lead is neither sexually objectified nor stigmatised by her singledom. Instead she is granted ample screen space unencumbered by dramatic sacrifices and over-the-top speeches.

Let me disabuse you of the ease with which you might dismiss the gender politics of Gunjan Saxena. Empowerment is not about making injustices more palatable. It is about challenging an injustice that was thus far considered normal. To censure attempts that push against the ideological and structural peripheries of patriarchy is to inadvertently endorse an individualised notion of empowerment i.e. each woman must climb the ladder and kick it away behind her and not dwell on the injustices and abuses that she endured along the way.

If Gunjan Saxena is a ‘national embarrassment’, we need an entirely new vocabulary to speak of the declining female workforce participation and the forever deepening nadir of violence suffered by women. Sadly, the words of Muriel Rukeyser continue to ring true even today – “What would happen if one woman told the truth about her life? The world would split open.” And to think, this film is merely “inspired” by real-life events.

Vyoma Dhar Sharma is at the Department of International Development, University of Oxford.