With its starchy girl-power message and Meryl Streep-ish prestige, 'Little Women' is bound to be a hot contender for critics’ awards, the Oscars and the Golden Globes. 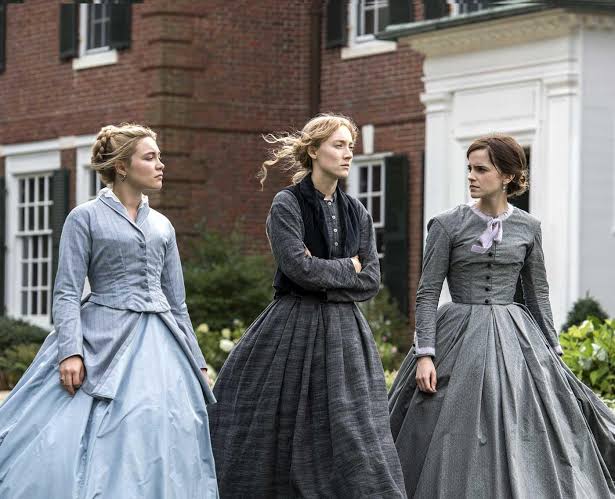 'Awards season' is admittedly a shrewd time to display the film’s faux feminism.

Written and directed by Greta Gerwig, the latest adaptation of Little Women has been celebrated as an instant classic by all critics except elderly crank Rex Reed. As a Little Women devotee myself, always prepared to enjoy an adaptation of Louisa May Alcott’s classic novel in any form — including Little Women On Ice and Little Women in Concert — I rushed off to see it with my friend who’s also loved the book since childhood. She grew up as one of four daughters in a struggling family run by a single mother, and identified profoundly with the four shabbily dressed March sisters enduring hardships with their beloved mother, Marmee.

We watched the film with intense concentration. As the credits rolled at the end, I preserved a poker face, waiting for my friend to make her reactions known first, willing to consider her greater Little Women expertise before offering an opinion. Without looking at me, she stood up and said implacably to the screen, “Nope!”

Well, that’s why we’re friends. I hated it, too.

This version is being credited as the “feminist” Little Women, meaning that there are a series of stilted Pantsuit Nation speeches made about women’s unequal status in society, and contrived you-go-girl scenes featuring Jo facing down male publishers in their domain. I half-expected to see a Hillary Clinton or Ruth Bader Ginsberg cameo, playing some professional woman role model offering Jo encouragement to lean in.

In the end, the film goes po-mo when Jo announces she doesn’t intend to have the heroine of her book marry. The publisher, however, tells her the heroine of her book must marry in order to achieve commercial success. We are then shown Jo uniting with Professor Bhaer, as it occurs in the book Little Women, though it supposedly happened over Alcott’s objections. It’s an ostentatious commentary on how even now, the heroine in a commercial entertainment is forced to marry in the end. Professor Bhaer, by the way, is not portrayed as the poor, kindly, affectionate, but unromantic German intellectual he is in the book, but as an absurd young French hottie with a massive abundance of curly hair.

The film conveys little of the actual hardships of women’s lives — we see the March sisters play far more than they work, for example, and the onerous nature of their work is hardly noted. Instead, we get strained speeches about the almost impossible demands and restrictions women at the time endured. The constricting clothing and elaborate tightly bound hairdos little girls had to adopt as they matured and that Jo struggles against in the book are shown to be hardly any struggle here. At the end of the first scene we see newly published adult Jo, hair flowing free, galloping down the main street in town in triumph with her skirts hiked to her hips and purple pants underneath, yet for some reason no one in the crowded streets even looks startled at the sight of a woman apparently running amok.

The physical restrictions went along with moral ones, and women were held to exacting “hearth angel” standards of sweetness, patience, piety, and uncomplaining domestic labor. The book Little Women shows us the girls struggling to grow up under these standards, whether eager to adopt them, as oldest sister Meg is, or trying to escape at least some of them, as Jo is.

Only Beth already embodies those virtues naturally, partly by temperament and partly by inclination. She’s essentially a shy, submissive, childlike person who never wanted to grow up and leave home like her other sisters, who’s already foresworn adulthood. Her early death is even more poignant because of this insight, but Gerwig doesn’t include it. It points to an irony existing uneasily at the centre of the novel: part of the difficulty of women’s lives involves becoming and remaining “little women,” which means maturing while struggling to preserve artificial child-associated qualities of confinement to the home, of innocence of the world, of submission to authority.

Another pivotal aspect of the book that gets shrugged off in this adaptation is the importance of the Civil War as the context for the story of the March girls’ childhoods. It has both practical effects in terms of their poverty while their father is away serving as an army chaplain, but it also creates an overall sensibility, with small domestic events made more poignant by an atmosphere of painful urgency — someone is always sick or dying or dead or suffering far away in need of nursing. Louisa May Alcott served as a nurse during the war, and credited the writing of her homely, detailed “Hospital Sketches” based on her experiences for teaching her how to write Little Women and directly touch “the heart of the public.”

However, Gerwig’s film conveys almost no sense of the harsh but often ennobling effects of the war on the family and community. A character asks the girls at one point where their father is, apparently unable to guess, and they answer vaguely that he’s “serving in the Union army” as if they’re talking to an alien from outer space instead of a fellow American.

Pretty much every able-bodied man in New England was serving in the Union Army at that point—surely they’d be specifying which regiment, at the very least.  There are scenes in every film version of Alcott’s novel when the household gathers around to hear a letter from father read aloud, but his authority in urging his children to become “little women” before their time is rooted as much in his service to the Union as it is in his patriarchal authority, which is never strongly stressed even after he returns safely from the war.

The 1933 George Cukor–directed version of Little Women, starring Katharine Hepburn as Jo, very wisely begins with a Civil War home-front scene. It involves Marmee engaged in social work, providing necessities to the needy, war-weary community. She helps an old man who’s already lost two of his four sons to the Union cause and is now on his way to visit a third son, lying wounded in a battlefield hospital.

“I’d go myself if I was any use,” says the old man of the fight against slavery, and this standard of selfless devotion establishes the ground of virtue in the March household.

Gerwig puts that scene much later in her version, too late to make sense of the important scene of sacrifice that should follow it. It’s the scene about the Christmas breakfast, perhaps the one lavish meal the March girls are going to get that year. When Marmee asks them to instead donate that breakfast to the even poorer Hummel family, it’s supposed to be a painful duty that, in the context of far greater wartime sacrifice, they have to be mature enough to endure with stomachs rumbling from hunger.

But Gerwig makes light of it, never establishing the Marches’ pinched lives in the first place. We never get the poignance of the girls’ faded, worn, much-mended clothing, indicating their wartime poverty. It’s lost in a riot of Gerwig’s gorgeous “shabby chic” fashions, rich violets and tomato reds and glowing mustard yellows fit for a Vogue spread.

Gerwig begins the film with Jo’s sale of a story to a publisher, and in general chops up the structure of the narrative to emphasise the adult progress of Jo and Amy in particular, who are turned into rivals for boy-next-door Theodore Laurie’s affections and for artistic achievement in a way the book never emphasised. But no one who cares about Little Women wants to see their adulthoods stressed over their childhoods.

The heart of the narrative is their childhoods, when in their fun and fights and difficulties and home-made entertainments they forge a unique bond peculiar to themselves. Gerwig never establishes it strongly enough to make clear how lonely neighbour boy Laurie longs to join the March family, or to convey the reason for Jo’s torment when Meg’s marriage breaks up the unity of the sisters.

Gerwig has to come up with a “feminist” reason — Jo believes Meg should become a great actor instead of marrying — but that’s not at all the source of Jo’s misery. Alcott, an admirer of the Brontë sisters, clearly recognised how genius can emerge from a world of intense sibling creativity in childhood, but the glorious joy of that creativity is lost and can’t be sustained into adulthood.

Of course, this Little Women is a handsome-looking film with a talented cast including Saoirse Ronan, Laura Dern, Florence Pugh, Meryl Streep, Timothée Chalamet, and Chris Cooper. Only people invested in Alcott’s Little Women as an important work are going to care that the film’s an annoying, emotionally stilted adaptation, ruining all the best aspects of the novel.

However, “awards season” is admittedly a shrewd time to display the film’s faux feminism. With its starchy girl-power message and Meryl Streepish prestige, Little Women is bound to be a hot contender for critics’ awards, Oscars, and Golden Globes.

Eileen Jones is a film critic at Jacobin and author of Filmsuck, USA. She also hosts a podcast called Filmsuck.