Is There a Future for Film Stars in Tamil Politics?

In a world increasingly defined by new media and a satellite television network no longer monopolised by political parties, mass films are perhaps no longer the only path to mass politics. 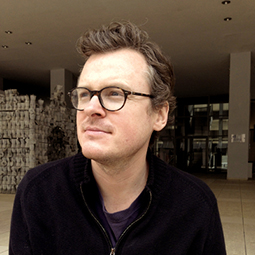 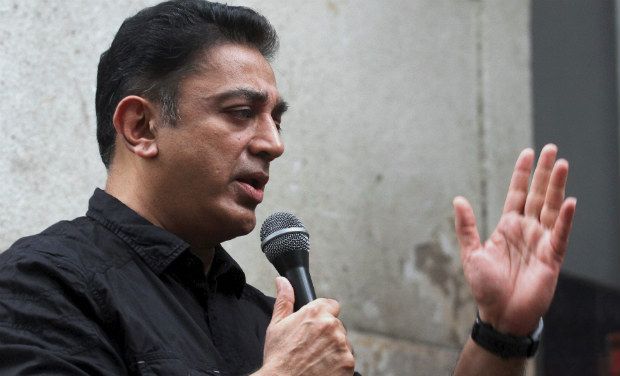 Kamal Haasan, the renowned film star, ‘Ulahanayakan’ (world hero), and now reality television show host, appears to have put his hat in the political ring. His entry defies earlier expectations that Rajinikanth would be the logical heir to a now robust line of film stars becoming political leaders in Tamil Nadu. First making pointed statements on Twitter decrying the current government, then declaring a ‘march to Fort St. George’, and meeting with Kerala chief minister Pinarayi Vijayan and Delhi chief minister Arvind Kejriwal, Haasan followed up with rounds of interviews on the most-watched television news programs in English and Tamil, expressing his political ambitions. He is now writing a serialised column on politics in the top Tamil weekly, Ananda Vikatan. While Haasan’s fans are hoping that he will launch a new party on his birthday on November 7, sometime in early 2018 is perhaps more likely.

But we cannot count Rajini fully out. In a meeting in May, the ‘superstar’, a Maharashtrian who grew up as a Kannadiga, declared himself a ‘pachai Tamilan’ (pure Tamilian), telling his fans in Chennai, “We will come back when it’s time for war”. By August, 10,000 of his fans had gathered in Trichy in a rally meant to induce his entry into politics at a time when the precariously balanced AIADMK government appears to be dancing to Delhi’s tune. The BJP has, in fact, openly courted Rajini for some time now, but when recently asked whether he would be joining the ruling party, he gave the rather cryptic response: “I have said what I have said, and have nothing more to say”.

The truly great stars of Tamil cinema seem to come in pairs, forming a relationship that is at once complementary and competitive. Both elements were on full display at the recent ceremony inaugurating a new memorial of actor Shivaji Ganeshan in Chennai. The late Shivaji’s rival was none other than M.G. Ramachandran, the ‘revolutionary leader’ who would help make the DMK what it became, and go on to form his own party (AIADMK) and rule Tamil Nadu for a solid decade. Shivaji was lauded for his acting skills. But his political ambitions – in the DMK, followed by the Congress, and later his own party (Thamizhaga Munnetra Munnani) – never panned out. It is the MGR/Shivaji rivalry that serves as an ever-ready reference point for the present scene.

Speaking at the inauguration of the Shivaji memorial before Haasan, who was seated on the main stage, Rajini thus quipped, “Shivaji was not only a great actor. He also entered politics…. He stood for election and lost in his own constituency. That is not a dishonor to him, but a shame for the people of that constituency…If you want to be successful in politics, you don’t just need the name, fame and stardom that cinema gives you. You need something more. Only the people know what that is. I honestly don’t know. I think Kamal Haasan knows. Maybe he would have told me that two months back. Now, he is asking to join him”. His last set of comments were directed to Haasan’s statement that he would be willing to work with Rajini in the political field. The two had, after all, acted in a number of popular films together in the late-1970s.

The political ideologies of the two stars remain unclear. But this is not necessarily a demerit in populist politics. The Dravidian movement’s non-Brahminical Tamil nationalism that both the DMK and AIADMK claim to uphold, has long been hollowed out in politics increasingly defined by adulation of leadership. Ideology has often taken a second seat to pragmatic alliance, and the distribution of consumer goods and cash at election time carries more weight than political manifestos. Everybody can claim to be for the people; the question is how to craft such an image.

Long figuring himself as a champion of the common man in the mold of MGR, Rajini’s harsh criticism of Jayalalithaa’s first term as chief minister was soon followed by Padaiyappa in 1999, a film loaded with allegory, signalling an imminent turn to politics. Since then, his profile has been tempered by a spiritual bent, one that appears to be in competition with more worldly ambitions to reform politics. A theme that emerges often in his speeches, this struggle is perhaps most powerfully expressed in the final scene of Rajini’s film Baba, where he is seen joining a group of yogis in spiritual retreat from the world, only to do a full turn around to face and join a huge crowd of his adoring fans to clean up a violent and corrupt political system. His most recent film, Kabali, marked a slightly different direction, away from generic populist association with the working poor toward a more explicit embrace of Dalit imagery. Rajini has teamed up again with that film’s director Pa. Ranjith – a very vocal critic of the Dradividian mainstream’s silence on issues of caste discrimination – to make Kaala. All this, while hosting leaders such as Prime Minister Narendra Modi and even the far-right Hindu Makkal Katchi leader, Arjun Sampath, in his Poes Garden home. 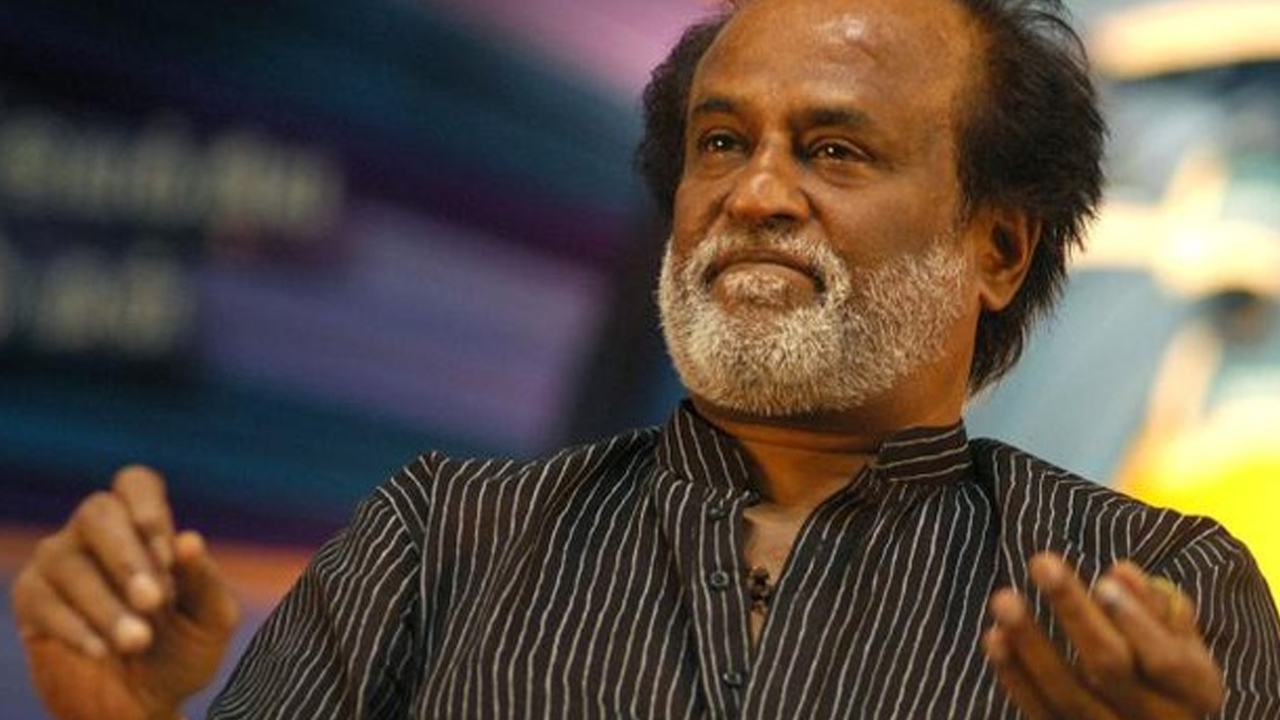 Haasan, on the other hand, fashions himself an intellectual. He has, in the past, projected himself has having sympathies with the Left, notably in the 2003 film Anbe Sivam. He has also gotten into trouble over representations of caste, however, not necessarily because he is an Iyangar Brahmin in the Dravidian land, but more pointedly in the apparent celebration of Thevar masculinity in the films Thevar Mahan and Virumaandi. While Haasan declared loudly that “my colour is definitely not saffron” in CPI(M)-led Kerala, in recent interviews, he also shared his admiration for Modi, all while exclaiming his own rationalism – a position symbolised by the colour black, “which includes all colours”. The one consistent feature of his politics has been an opposition to the ruling party and a more general condemnation of the whole political system. In his new weekly column, Kamal Puyal (storm), he writes caustically about Chennai as a fever-inducing capital of corruption built through half a century of political ‘pollution’. This stance has led some to fear that he may act as a spoiler for the DMK by splitting the votes they might have otherwise received following the political disarray within the AIADMK in the last year.

It is clear that Jayalalithaa’s passing has opened a new field of political contests. The Jallikattu protests that rocked the state in February, closely followed by the wave of agitations against hydrocarbon projects in Neduvasal and Kathiramangalam, are but two examples of movements that might have been contained earlier. It is also just as clear that we live in a media environment that is radically different from that of the single screen theatres that gave rise to the cinema star-turned-political leader. Both the movements noted above were crowd actions, mobilised through social media networks that rejected existing mainstream political party representation. In fact, a recent government tax on theatres that threatens even the release of Diwali films marks a break in the tight relationship between the cinema and the government that has sustained Tamil politics for decades now. We are in new territory here.

In this context, Haasan’s fame as the host of the wildly successful reality show, Bigg Boss, marks a different trajectory, noted by film scholar S.V. Srinivas in a recent article where he describes the current scenario as ‘post-cinematic’. Rajini has the larger fan base, whereas Haasan has taken more risks in making movies without automatic mass appeal. But mass films are perhaps no longer the only path to mass politics in a world increasingly defined by new media and a satellite television network that is no longer monopolised by political parties.

That the power of a rigid two-party system has lost its grip on electoral politics in Tamil Nadu is almost certainly a good thing for democracy. That the cinema stars who hope to occupy the field that has now cleared speak in the same generalities about cleaning up politics that any good populist might, is perhaps less inspiring. Then again, maybe cinema stars are not the future of Tamil politics. There are certainly other contenders waiting in the wings.