With Its Impressive Legacy, the Films Division Should be Allowed to Remain Autonomous

Driven to mediocrity, largely thanks to bureaucratic interference and apathy, the institution can be repurposed and revived.

The Films Division logo against a screengrab from the FD film 'The River Ganga'. 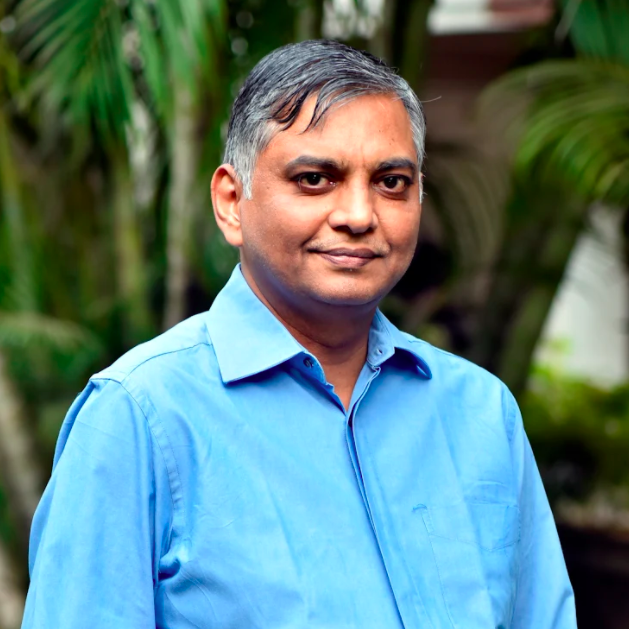 Last month, I was taken aback when a senior Bangladeshi official in Dhaka asked me about a Films Division (FD) documentary filmmaker. We were having a work-related telephonic conversation when he asked out of the blue: “A personal question. Is Mr Prem Vaidya your family member?”

With Bangladesh celebrating its 50th year of Independence, there was only one reason for bringing up my father’s name. Prem Vaidya and his colleague S. Sukhdev were among the small band of courageous FD documentary filmmakers who had ventured inside East Pakistan in 1971. They were filming the India-Pakistan war, Muktibahini operations, the thousands of refugees pouring into India, Pakistan’s surrender and the liberation of Bangladesh that followed.

All that footage is part of the priceless archive of the FD which, undoubtedly, would have found a place in ‘Bangabandhu’, the Indo-Bangladesh biopic on Sheikh Mujibur Rahman directed by Shyam Benegal.

The fact, however, is that the rich collection of 8,000 films in multiple Indian languages made in its 74 years of history has remained under-utilised and under-valued. These are films made by stalwarts within and outside the FD that won more than 1,200 awards – 1,027 of them international – in the first four decades of its existence.

It is a stinging irony that the Government of India has decided to close down the FD and merge it with the National Film Development Corporation (NFDC) at a time when there is a booming demand for audio-visual production from multiple OTT platforms, TV stations and others. 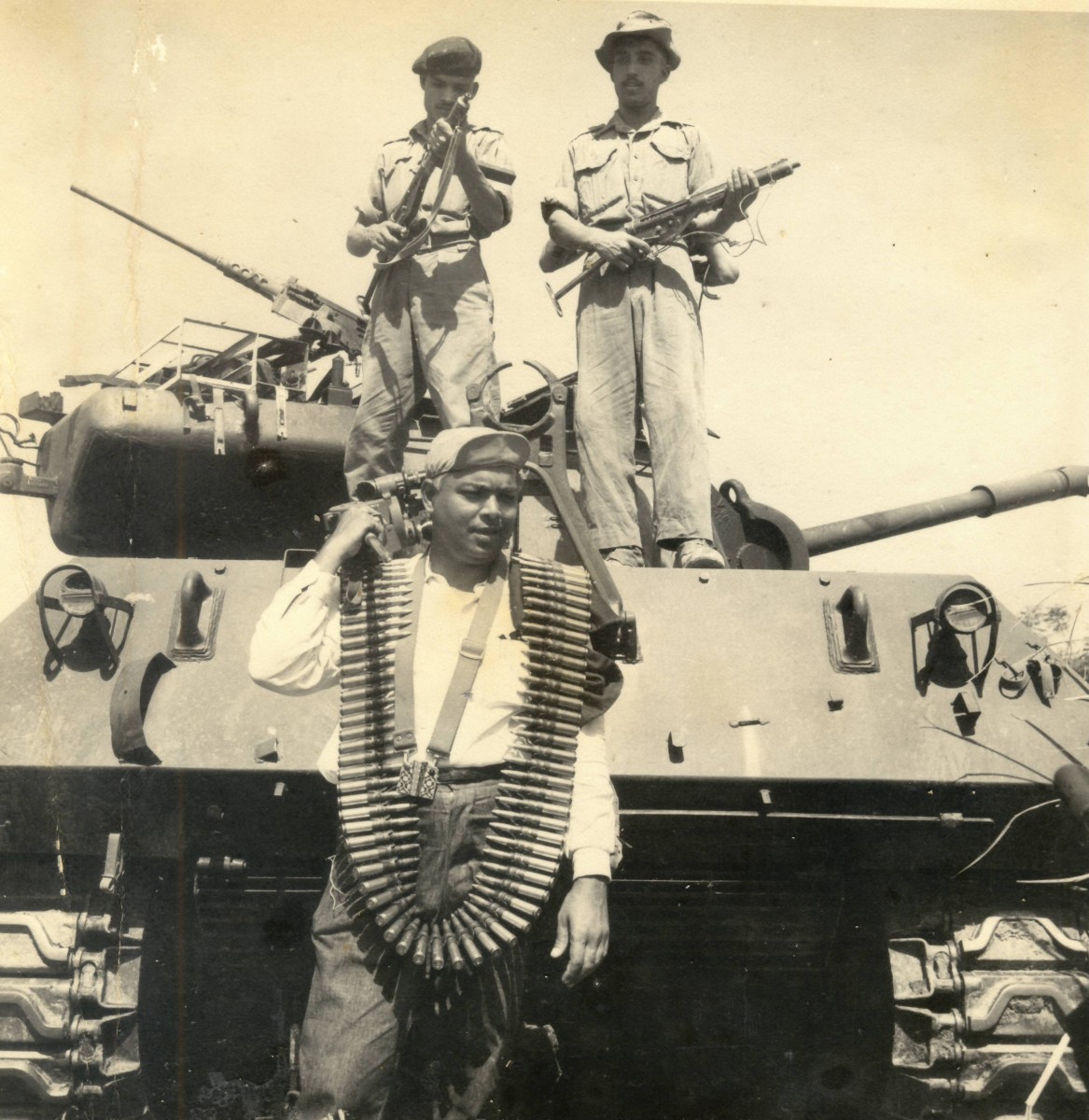 Prem Vaidya garlanded with a chain of machine-gun bullets. Photo: By arrangement/File

Having been one of the world’s largest short films producers, the FD should be revived with a fresh new mandate as a public broadcasting production house and a training institute for students from India, Asia and Africa. The FD sits on prime real estate on Peddar Road, Mumbai, which can be sold to create a corpus for its revival.

Established in 1948 under the Information and Broadcasting Ministry (I&B) the fundamental role of the FD was to make propaganda films for the government. I&B bureaucrats, without any background in filmmaking, had an iron grip over this organisation and it was they who decided what films would be made by FD year after year. There were brief spells of visionary leadership and bursts of creative freedom under a handful of filmmakers. However, FD’s biggest failure was its inability to change with the times and a lack of vision for the future.

In his deeply-researched book, ‘Visions of Development: Films Division of India and the Imagination of Progress, 1948-75’ author Peter Sutoris quotes Shyam Benegal as stating that “FD had exhausted its mandate and needed to be closed down, as its organisational structure had failed to respond to India’s changing needs.”

The earliest avatars of FD were the Film Advisory Board (FAB) established in July 3, 1940 under the British Raj followed by Information Films of India (IFI) in February 1943. During World War II, Ezra Mir, who had worked as a film editor in Universal Studios, Hollywood, headed the Information Films of India (IFI). He later became Producer-in-Chief of the Films Division in 1956.

The 1940s was the period when Indian News Parade (INP) was introduced to produce “newsreels”. According to Sutoris, between 1943 and 1946, IFI produced 126 weekly ‘newsreels’ and FAB and IFI produced 175 documentaries during a five year period.

In 1943, the FAB had made it compulsory for all cinema houses to show government documentaries and newsreels prior to the main film. Cinema houses paid a weekly fee for renting the films. This was continued throughout the decades that followed and constituted a major source of revenue for FD.

The use of documentary films for communicating development initiatives by the government was pioneered by the pioneering British documentary filmmaker, John Grierson who was the Director for Mass Communication at UNESCO in the 1940s.

Grierson emphasised on training natives in the colonies in documentary filmmaking to enable them to tell the stories of government initiatives in their own words through the powerful medium of films. This approach was echoed by the famous writer Mulk Raj Anand, who in 1949, spoke of the “need for the documentary film to be recognised as the most important form of visual education in India.”

India’s first prime minister Jawaharlal Nehru was in tune with this thinking and he along with India’s first I&B minister, Sardar Vallabhai Patel, took active interest in the role of films for aiding the government’s development initiative. Thus, FD made films on construction of large dams, power plants, steel mills, government work on all fronts and the history, culture and diversity of India.

In the absence of television, the weekly Newsreel bulletins updated the masses on what was happening in the country; the government’s initiatives in nation-building and diplomatic visits to various countries and visits by foreign delegations to India. 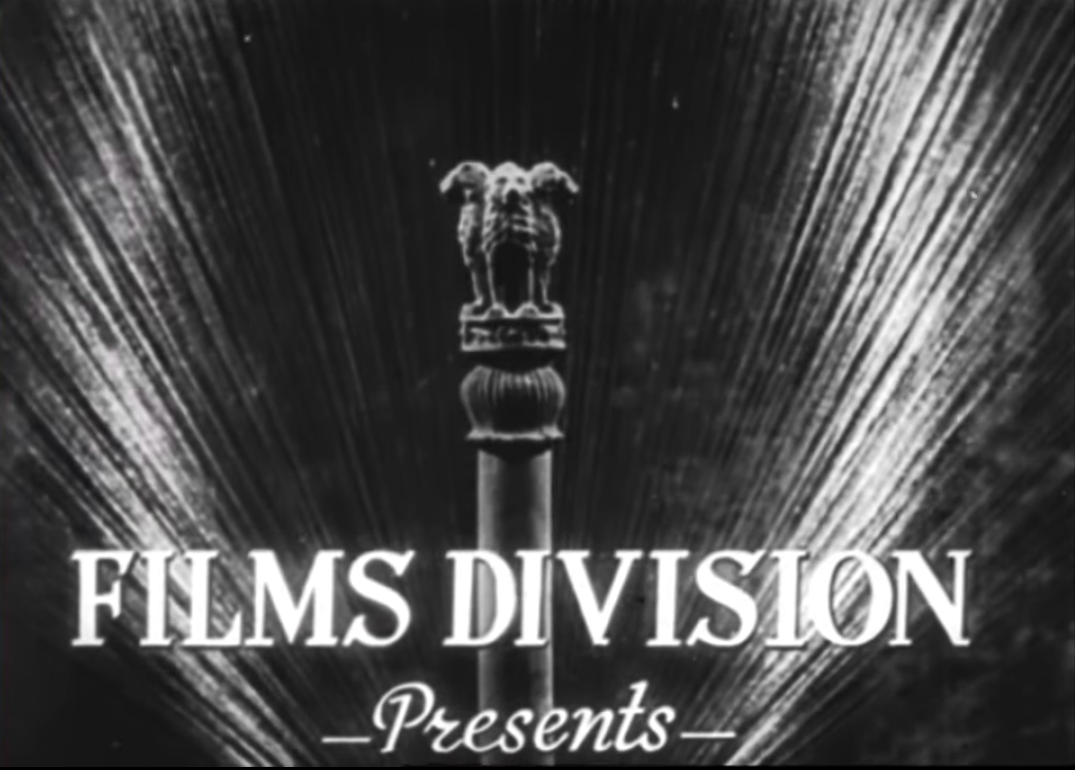 In spite of all this dynamism at FD in its very first decade, bureaucrats in I&B who did not understand filmmaking were exercising a tight control over the FD.

Jagat Murari, V. Ramakantha Sarma, Ravi Prakash, Mushir Ahmed and K.L. Khandpur were among the earliest of filmmakers at the FD who had received training at University of Southern California under the Indo-American Technical Cooperation Mission. They had come to the newly-created Films Division from IFI.

M.V. Krishnaswami ‘Kittu’ had received training under Roberto Rossellini at the Centro Sperimentale di Cinematographia, Rome. Mohan Bhavnani who became the first Chief Producer of FD was trained at UFA Studios in Germany.

In 1957, FD opened its cartoon film unit and pioneered animation films in India. Clair H Weeks from Walt Disney was appointed as Consultant to the Cartoon Film Unit under the Indo-American Technical Cooperation Mission. One of the most creative filmmakers who headed this unit was Pramod Pati who had studied puppet animation at the Film and TV School of Academy of Performing Arts in Prague (FAMU) and his successor GK Gokhale who had trained with the National Film Board of Canada.

In 1955, Marie Seton, the famous British actor, critic and biographer of Sergei Eisenstein and Satyajit Ray arrived in Bombay with 36 films representing trends in world cinema. The filmmakers at FD were encouraged to “view these films with Marie to discuss and analyse them.”

By the mid-1960s, FD was releasing three films per week and a weekly newsreel with a staff of 860 with 19 directors and 14 newsreel cameramen across India, says Sutoris. “For decades to come, FD would produce thousands of documentaries and newreels that would reach as many as 25 million Indians a week” – on a vast range of subjects from arts, culture, history, personalities, tourism promotion and development initiatives. 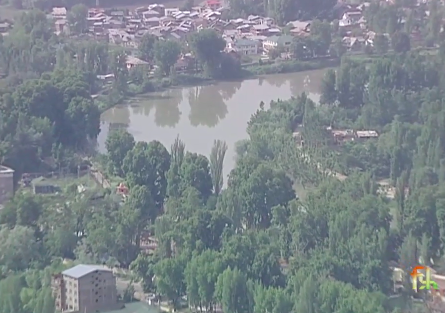 A still from the FD documentary ‘Veyth’.

In spite of all this dynamism at FD in its very first decade, bureaucrats in I&B who did not understand filmmaking were exercising a tight control over the FD.

The topics and agenda were being dictated by these bureaucrats and the various ministries for the production of propaganda films. There was tight supervision from the Censor Board and the Film Advisory Board.

This completely stifled the creativity at FD and the films were monotonous, with a familiar droning commentary. This stifling environment was captured in a Times of India article in July 1962 by S. Viswam.

He said FD filmmakers “were a talented, imaginative lot groaning under a crippling bureaucratic unimaginative administrative machinery that has no concept at all of what visual communication can do in a country like ours.”

The multi-faceted Jehangir Bhownagary who had worked at UNESCO as a mass communications specialist had two stints at the FD: in 1954-57 as Deputy Chief Producer and later in 1965-67 when the then I&B minister Indira Gandhi personally requested him to take charge as Chief Adviser (Films) at the I&B ministry.

This is the period when creative freedom and talent witnessed its best expression at the FD and is known as the ‘Golden Era’ of this institution.

The Griersonian model of propaganda films was abandoned and Bhownagary was given a free hand by Indira Gandhi and I&B secretary Asok Mitra. Adding to this, there were new generation lightweight cameras and portable sound recording equipment which gave the filmmakers greater manoeuvrability. 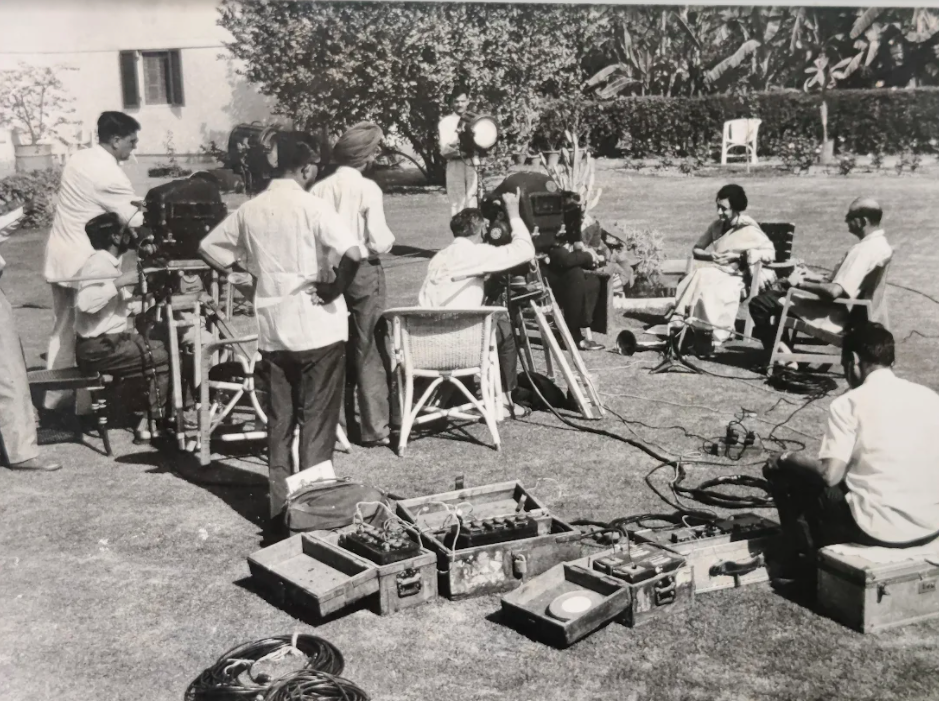 ‘This is the period when creative freedom and talent witnessed its best expression at the FD and is known as the ‘Golden Era’ of this institution.’ The Pramila and Prem Vaidya Archive, Pune

Sutoris says filmmakers such as Sukhdev, Shyam Benegal, S.N.S. Sastry, Fali Billimoria and Prem Vaidya came into their own during this period and “indeed broke away from many aspects of colonial filmmaking.” He calls this period “the era of outlier-directors” who “succeeded in sparking lively debate about the role of documentary film in post-Independence India, the social unity of experimental film and the need for creative freedom in government-sponsored filmmaking.”

S.N.S. Sastry’s I am 20, Shanti Verma’s Radha and Krishna, Sukhdev’s India 67, Pramod Pati’s Explorer and M.F. Husain’s Through the Eyes of a Painter were some of the outstanding films made during the Bhownagary era.

There were spells of visionary leadership and bursts of creative freedom under others at FD too, such as N.V.K. Murthy (chief producer of Newsreels) and N.S. Thapa, chief producer.

By and large however, decade after decade, FD continued to suffer from the slow poison of overarching bureaucratic control.

Warts and all, FD does not deserve to close down especially in this age of media and communications and convergence technologies that we are living in.

With a few thousand crore rupees from the sale of its fabulous Peddar Road property, the FD can be revived as a hub for documentary film making, not just in India, but entire Asia and Africa. With film and video production institutes mushrooming by the day, FD can easily become a training institute for students and professionals.

Abhay Vaidya is son of Prem Vaidya. He has been a journalist and works with a prominent think tank in Pune.