How Orthodox Jewish communities are struggling to come to terms with LGBT Issues. 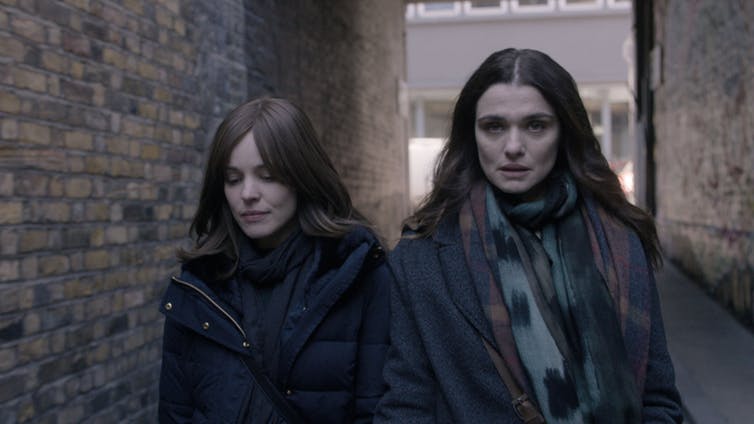 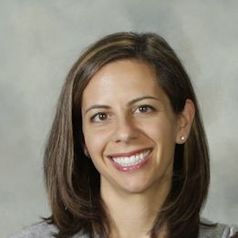 More than a decade after Naomi Alderman’s novel Disobedience caused a stir with its story of a lesbian relationship within the ultra-Orthodox Jewish community of Hendon in North London, a star-studded film adaptation has just arrived in British cinemas.

Rachel Weisz and Rachel McAdams play long-lost lovers who reunite in a passionate, colourful affair, while in the background the Orthodox community threatens to destroy Esti (McAdams), who is still a member.

Disobedience is a timely film. For many years, Orthodox Jewish communities, unlike their more progressive denominational sisters, have avoided conversations about their LBGT+ members. When I was growing up, attending an Orthodox Jewish school, we students asked our rabbi how Orthodox Judaism felt about homosexuality – only to be told, “There are no homosexual Jews.”

To the credit of my classmates, we all laughed. The world already knew about Harvey Milk, Gertrude Stein and Allen Ginsberg. Of course, he might have meant, “There are no homosexual Orthodox Jews,” implying Orthodox as the only way to be Jewish.

Also Read: Same-Sex Marriage: Is Cuba Using It to ‘Pinkwash’ Other Oppressive Policies?

But still, it was laughable. In fact, until the 2001 documentary Trembling Before G-d, which featured personal stories by Jews torn by their conflicting devotion to Orthodoxy and their non-heterosexual orientations – a documentary Alderman says helped inspire her to write her novel – discussions of LGBT+ were quietly relegated to the personal spaces of the home, the therapist’s office, even the rabbi’s office. But they were not publicly aired.

Scholars such as Samuel Heilman, considered one of the foremost authorities on Orthodoxy, have decried this silence. In his 2006 book, Sliding to the Right (2006), Heilman calls for the “need [for rabbis] to find a way to harmonise Orthodoxy with such thorny issues as feminism [and] homosexuality”. And, in September 2018, Rabbi Ephraim Mirvis, the chief rabbi of the United Kingdom and the Commonwealth, made a first attempt to do so.

The purpose of Mirvis’s report, ‘The Wellbeing of LGBT+ Pupils: A Guide for Orthodox Jewish Schools’, is not to solve the “thorny issue” of homosexuality within an Orthodox framework – perhaps that is asking too much as a start.

The recommendations are actually quite modest. Much of the report focuses on anti-homophobic bullying and, to a lesser degree, suggests role models. “For a young person who is discovering their sexuality or gender identity,” the guide notes, “hearing role models such as teachers and school leaders using terms related to LGBT+ lives sensitively can be hugely powerful”. But whether these recommendations are only to show compassion for LGBT+ students or to demonstrate the feasibility of being a part of the LGBT+ community while remaining in the Orthodox fold is not spelled out.

Testimony in Mirvis’s report from former pupils of Orthodox Jewish schools reveals the loneliness and alienation that young people in these kinds of environments endure. Avoiding the oft-touted (though far more by the Christian right than Jews) Leviticus 18:22 – “You shall not lie with a male as one lies with a female. It is an abomination” – but also avoiding some of the interesting, nuanced commentary that revered Jewish sages produced about sexual ambiguity in the ancient world, the report instead highlights the generic, universal human duty to kindness, as expressed in Leviticus 19:18: “Love your neighbour as yourself.”

In a Guardian article, Alderman, who left Orthodox Judaism after publishing Disobedience, concluding through the writing of the book that she couldn’t stay in a community with no place for its LGBT+ members, praised the chief rabbi’s report. She wrote that she feels “proud” of the community that she came from for moving in the right direction. In fact, she didn’t say – but perhaps should have – that she feels pride for her own contribution to the change in that community that must have felt, a little over a decade ago, like an impossibility.

Also Read: Interview: Seeing Yourself Represented in Art and Culture Is Important 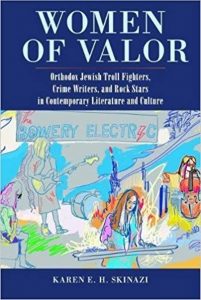 Research by the author was recently published.
Credit: Amazon

My research focuses on representations of Orthodox Jewish women, and in my new book, Women of Valor: Orthodox Jewish Troll Fighters, Crime Writers, and Rock Stars in Contemporary Literature and Culture, I write at length about the ways that Orthodox Jewish communities are sensationally depicted in literature and film and popular media as being dangerous places for women.

Examples abound: earlier this month, BBC Radio 4 did an exposé on the ultra-Orthodox community of Stamford Hill, painting a terrifying image of an archaic and unethical patriarchy whose “subservient” women were forced into crime.

Watching director Sebastián Lelio’s film adaptation of the novel, I was pleased to see both women’s agency and sexual diversity – such important and nuanced issues in Orthodox Judaism – brought to the big screen. That said, I found the film somewhat disappointing. In a recent radio interview, Alderman praised the film, including its ending, which is dramatically changed from the novel’s.

Her reason is sound: “There is no single right answer for frum [Orthodox] LGBT+ people,” she wrote last week in The Guardian. I sympathise with her point – though for me, Lelio undoes some of the good work that Alderman did in her novel. In the novel, Esti stakes a fresh new path that promises the possibility of coexistence between Orthodoxy and lesbianism. In the film, Esti seems to be leaving the community.

If everyone who didn’t fit into Orthodoxy’s unrealistic and dated vision of itself as free of LGBT+ issues and members – the vision that my teacher tried to claim years ago – were either silent or left, then Orthodox communities could actually retain this image. But that is not the way forward, and it seems even the chief rabbi agrees. So, perhaps it is worth seeing the film – but only as a companion to the far more powerful novel.

Karen E. H. Skinazi is a Senior Teaching Fellow and Director of Liberal Arts at the University of Bristol