Take 'Gangs of Wasseypur', multiply its killings by five, subtract all logic from it, and you get 'Dhaakad'. 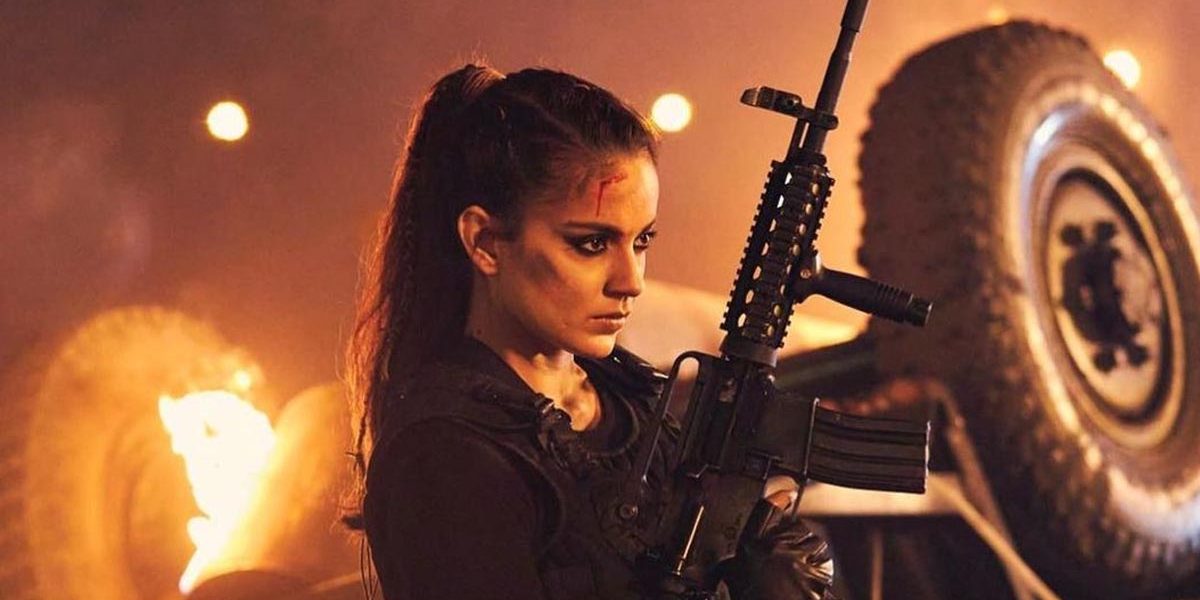 Agni (Kangana Ranaut) works for an “Agency”. We don’t know its name or mission. We don’t know whom it reports to or where it’s located. Regardless, it looks ‘dangerous’ because, in the first 10 minutes, bullets rain, blood spurts, bodies fall. We also know that she is an ‘agent’ – an important agent – because she often says and hears the following: “roger that”; “copy that”; “Agni, mission abort”; “mission abort, Agni”. She describes her job later (a great contender for an ‘about me’ LinkedIn section, for it defines the corporate life so well): “Jism se rooh alag karna business hai mera (Removing the soul from the body is my business).” The latest Ranaut-starrer, directed by Razneesh ‘Razy’ Ghai, is called Dhaakad, but its more accurate title is Excessive (in all caps, bold and underlined).

People die a lot in this film. Its cold opening for instance, unfolding in Budapest, comprises three action set-pieces – each more elaborate, each more grisly than the other. But it’s difficult to run out Ranaut in a Ranaut film. So, we get Agni, a character battling PTSD. She drinks from the bottle. She jolts from a nightmare and clutches her gun. She keeps ‘remembering’ a childhood incident. She doesn’t care for permissions or protocols. She scowls and stares and intimidates. Real original stuff. Agni must only be the 1,023rd spy in the history of espionage dramas to behave so. Dhaakad shows us some mercy by finally revealing her mission: tracking down Rudraveer (Arjun Rampal), an international gun smuggler and a human trafficker.

If Agni is too much, then Rudraveer is ‘three much’. His first scene, opening to a flashback in Bhopal, introduces his younger version stealing coal. His father objects. So, Rudraveer does what any reasonable son would: He shoots his old man. Murder functions as jugaad here. Take Gangs of Wasseypur, multiply its killings by five, subtract all logic from it, and you get Dhaakad. Rudraveer doesn’t like his haughty boss; he burns his hair. He murders and dances. He murders and sings a lullaby. He waves a hammer, hacking tables and necks and bellies.

His love interest and accomplice is a sex worker named Rohini (Divya Dutta). Same brother, in fact more extreme. At least Rudraveer is stone-faced (he’s played by Rampal after all). Rohini mocks and laughs and kills. She speaks in a weird Bihari inflection, Rudraveer in a mixed argot (“tum logan”, “cheenan”, “koshish karugo”). An informer in Bhopal (Sharib Hashmi) is the movie’s only attempt at comic relief (and tonal variation). He speaks in a strained Bhopali accent and has a young daughter (allowing Ranaut to look ‘humane’).

Dhaakad opens with a kinetic in media res scene and stays there. We hardly know anything about the characters – except for the most basic adjectives (‘dangerous’, ‘very dangerous’, ‘very very dangerous’, or ‘intense’, ‘very intense’…you get the idea). The one scene that can unlock Agni’s character, the childhood flashback, is repeated thrice, regurgitating the same information. The movie is neither a compelling espionage drama nor a tense thriller. There’s no mystery or intrigue here. Agni’s investigative devices are stale: seducing an underling in Rudraveer’s gang, wearing an awful prosthetic to fool Rohini, hitting upon a realisation that connects it all.

Also read: Netflix’s ‘Thar’ is All About the Mood, Leaving the Weak Plot to Languish

The plot is so thin, so insipid, that Dhaakad should have been a 30-minute movie. But no, it must look serious and important and disturbing, so it follows a template: action set-piece, some dialogues, more action set-piece, some laughing and simmering, and so on. Some movies need a good editing suite; Dhaakad needs a gym. Tetsuo Nagata’s cinematography – deploying an intriguing colour scheme, playing with lights and shadows – is the only bearable bit about it. The acting is particularly awful, even by the reliable Dutta. Hashmi comes the closest to being credible, but locked in a minefield of mediocrity, his character can only tiptoe not amble.

Then there’s Ranaut, who has become the equivalent of a pre-teen storming out of the playground, carrying her bats and wickets, because the match didn’t suit her whims. In a desperate attempt to stand out (and make a statement), she’s helmed a spate of recent forgetful films, all coaxing her narcissism and arrogance. The results are evident. Now she looks alone in the playground, craving a good bowler who will test and match her skills – a sight that doesn’t elicit sympathy but pity.