'Cobalt Blue' Explores the Isolated Yet Interrelated Lives of its Protagonists

Sachin Kundalkar’s movie captures the sensuous longing of youth, and the disillusionment of disappointed love. 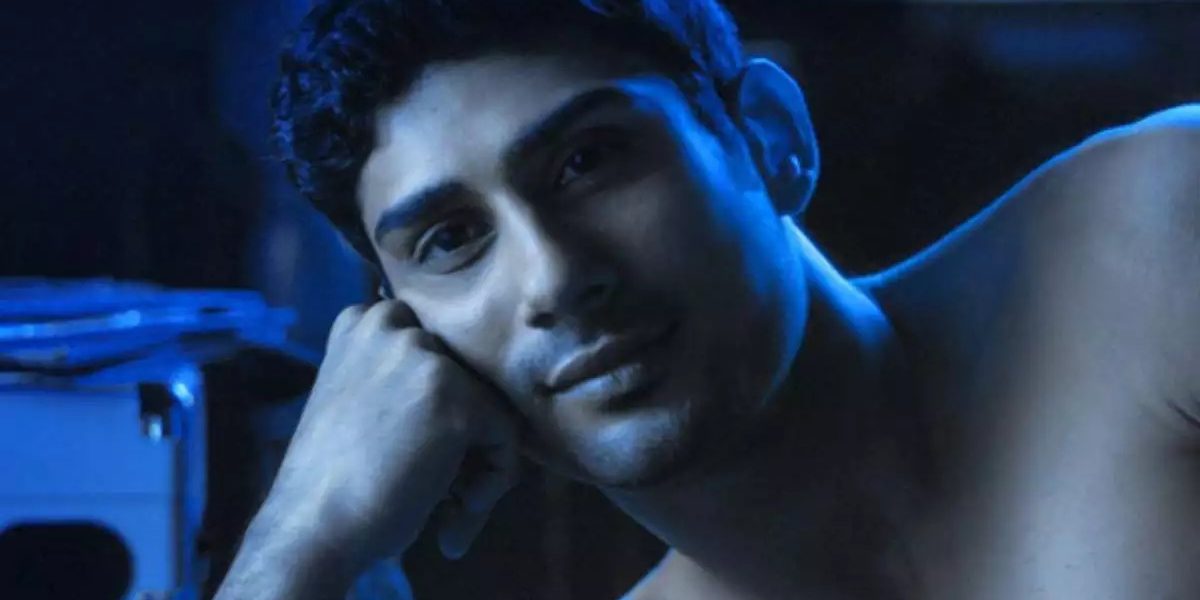 Prateik Babbar as the paying guest in 'Cobalt Blue'.

Sachin Kundalkar’s movie Cobalt Blue (2022) is based on his only novel by the same name, published in 2013. Kundalkar has directed a couple of Marathi movies, written the script for a Hindi movie, produced documentaries and acted in plays on homosexuality. Cobalt Blue captures the sensuous longing of youth, and the disillusionment of disappointed love. But disillusionment also conditions the possibility of a new understanding of intimacy: all relationships entail a negotiation with solitude, estrangement and loss.

Tanay and Anuja belong to a traditional Maharashtrian Brahmin family from Pune. The siblings are inexplicably drawn to a paying guest who lives in the room that once belonged to their grandparents. Although the paying guest’s past is partially revealed, he remains anonymous and inscrutable till the very end. That only reinforces his status as a projection of the siblings’ fantasies of absolute identity and freedom from the ritual ties of kinship.

The movie unfolds in the present, going on until the siblings decide to leave their home following the paying guest’s sudden disappearance. It is set in 1990s Cochin, making the question of what it means to be a migrant apparent. Cochin has been an important destination for many travellers and migrant trading and religious communities. The Marathi Brahmin family in the movie migrate to Kerala where the patriarch sets up his lucrative spice business. The movie draws an important equation between queerness and migration, where the queer subject is always on the move as she negotiates stigma and persecution. Tanay and Anuja do not conform to gender roles: Tanay is an unconventional man and poet who spends most of his time indoors and Anuja is a masculine woman who plays hockey. They leave behind their childhood in Pune to adopt a new culture in Cochin, only to move out of their patriarchal and heteronormative home to create their own futures.

Also read: What Contemporary Punjabi Music Tells Us About the Construction of Jatt Masculinity

It is the paying guest’s utter disregard for social conventions and his apparent self-sufficiency, which is a function of his absolute engagement with whatever he does (from art to the most mundane activities), that draws the siblings to him. He remains a caring but detached recipient of their affections without expecting anything. The fact that he is an anonymous and deracinated orphan only reinforces his status as an irreducible other who validates and undermines Tanay’s (and Anuja’s) sense of self. Cobalt blue thus connotes the dialectic between intimacy, loss and estrangement that characterises the relationships in the movie and indeed all relationships.

The movie deploys the mirror as a metaphor for the narcissistic act of self-identification through the other (the mirror image/the paying guest) that is always doomed to end in self-alienation and fragmentation. The movie ironises the ability of the (cinematic and photographic) camera to capture the real in all its authenticity. Someone clicks a photograph of Tanay. When he explores the paying guest’s room for the first time, Tanay discovers many photographs of unknown people. Soon after the paying guest’s disappearance, Tanay sees a photograph of himself and is amazed to see his own beauty through the eyes of the paying guest. The paying guest poses an important ontological question of what it means to know someone. What or who exactly is being captured in a photograph, an authentic self or an apparent self? What does it mean to be authentic? The paying guest and Tanay’s faces often reflect each other like mirror images without touching.

Tanay’s impulsive sexual encounter with his closeted teacher following the paying guest’s disappearance only reaffirms their mutual estrangement. There is a moment where the paying guest says he loses interest whenever he gets everything he wants. What the paying guest says about human desire is significant: the true object of desire is the desire to keep desiring. The paying guest enables Anuja to embrace her non-feminine self; she claims to have discovered her own body through the paying guest. It is precisely because Anuja and Tanay’s desires are disappointed that they can partially channelise their disappointed desires into discovering themselves: Tanay gets admitted to an international writing programme and Anuja gets a job as hockey coach in Kohima.

I believe that the movie is ultimately more interested in universal forms of (self) alienation rather than structural ones like queerness, as both the siblings are ultimately driven by a productive lack that enables them to negotiate with their own solitude and refashion themselves. What we have is a constant process of negotiation between self and other, identity and difference. The story leaves us with this existential given that individuals are as isolated as they are interrelated.

Kiran Keshavamurthy is an Assistant Professor of English at IIT Guwahati.