'Chernobyl' Review: A Neat Narrative That Inches Towards a Larger Truth

The series does a wonderful job of portraying a sense of inevitable doom, coupled with pressing moral crisis. We first see the explosion like a voyeur: through the bedroom window of a Soviet Ukrainian firefighter. It is that hour of the day where night and morning, in no man’s land, are about to trade places. The wife has just woken up; the husband is still sleeping. And then it happens: first, a soundless flash, then a huge bolt of light that lines the sky like the trail of a rocket launch, only bigger and brighter – or maybe science, repeatedly cornered by human depravity, responding to us in the language we best understand: of absolute destruction.

Chernobyl, a new five-hour HBO miniseries based on real-life events, confides in its audience early that it is not just about destruction and dejection and loss, but also arrogance, wilful ignorance, and logic-defying deference – mistakes committed by both individuals and the Soviet state. The series, then, both tells a story and – given that we already know the outcome – hints at the reasons fuelling the disaster. This drama unfolds in the foreground and in the background, an interplay between the text and subtext – the former has the immediacy of a tense live broadcast, the latter has the secrecy of a whisper.

Craig Mazin – Chernobyl’s creator and writer, who, to his credit, has a slew of forgettable sequels such as Scary Movie 3, 4 and Hangover Part II, Part III – first sees this series through three distinct points of view: the oblivious citizens who don’t know the nature, or the extent, of the accident; the engineers at the nuclear power plant bullied by their boss, Anatoly Dyatlov (Paul Ritter), to make bizarre decisions; and the top brass of Soviet officials rejecting any possibility of accountability or quick decisions. The Soviet state, in such scenes, resembles a controlling (Indian) joint family: the elders – the “party officials” – don’t want to deviate from their versions of truth; they discourage dissent or intellectual inquiry, place inordinate premium on respect, take decisions on behalf of civilians and guard secrets, the key to any ‘happy’ family. Chernobyl doesn’t just want to be bound between actions and consequences; it wants to probe a mindset.

Like most movies or series centred on scientists, Chernobyl has to circumvent a tricky roadblock: to make science accessible, by detailing the potential dangers of a nuclear accident, without dumbing it down or resorting to obvious exposition. Mazin and Johan Renck, the filmmaker, are also helped by their material – the show requires Valery Legasov (Jared Harris), an inorganic chemist called for cleanup efforts, to explain the intricate concepts of nuclear physics to state officials – and they make the most of it. It is science, in fact, that thaws the tension between Valery and Boris Shcherbina (Stellan Skarsgård), the council of ministers’ deputy chairman, before forging an unlikely bond – the cold diktats of the state slowly melting to see an individual and his reasons, a tonal variation that benefits the series.

The cinematography, by Jakob Ihre, locks us in the ghost town, establishing not just mood but also conveying information: the smoke from the power plant steadily infiltrates a residential community, as school kids mill around in its compound – a horrifying snapshot of lives about to end for no fault of theirs, all of it observed silently and from a distance, but not without compassion.

The same holds true for its background score and production design – whether recreating the mundane (apartments, hospital wards, conference rooms) – or spectacular (power plant, coal mine, courtroom) – elements that never impress their presence, and yet always subliminally inform the series, making it a compelling atmospheric whole. 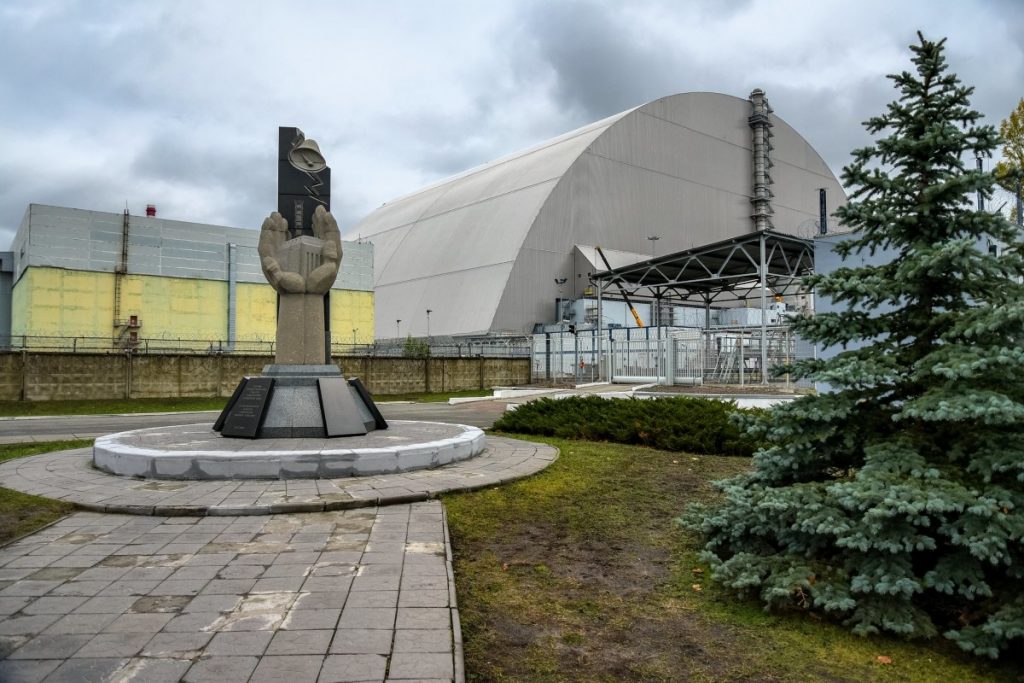 But perhaps the best part about Chernobyl is that it transcends narrative focus and thematic stringency and produces affecting vignettes that interrogate this disaster – and its aftermaths – from different points of view. We see an old woman, milking a cow, who refuses to evacuate the neighbouring city of Pripyat, not even at the point of a gun. She has experienced many tragedies in her lifetime, she says, lost many family members: this new catastrophe, something she “can’t see at all”, means nothing to her. The soldier shoots the cow.

Animals are crucial to another such subplot, in the series’s most disturbing, yet cinematically finest hour. Pavel Gremov (Barry Keoghan), a civilian draftee, works with Bacho (Fares Fares), a Soviet-Afghan war veteran, to eliminate all the abandoned animals, as they’re contaminated by radiation. Pavel hasn’t killed anyone, or anything, before. But here he is, with tentative steps and minimal conviction, trying to shoot yelping pups in cold blood, exemplifying another side of this multi-faceted horror.

None of this would have been possible, though, if the series didn’t have leisurely pace – hitting a sweet-spot between taut and indulgent – and life-like rhythm. The notion of time is central to Chernobyl: after the power plant failure, its smallest increments feel exaggerated, bringing closer several dreaded countdowns and bigger traumas. Even after the accident is fully tackled, months later, the civilians – living with their own personal countdowns, their life spans now drastically reduced – are forever tied to the shackles of time.

This sense of inevitable and accelerating doom, coupled with pressing moral crisis, is wonderfully portrayed by the series’ leads, Harris, Skarsgård, and Emily Watson, playing Ulana Khomyuk, a nuclear physicist from Minsk, a stand-in for all the Soviet scientists who helped resolve the Chernobyl accident. The series does create easy villains – characters who have nothing redemptive about them – and yet, this narrative neatness doesn’t jar, for the acting all around is convincingly dramatic, inching towards a larger truth, even at the cost of some historical inaccuracies.

Chernobyl ends with a haunting question: What is the cost of lies? The answers to that are plenty, littered throughout: a young pregnant mother collapsing on a park bench; the coal miners, nearly naked, excavating a tunnel in trying heat; mass graves covered by concrete, as if even death weren’t enough.