Taking Cinema Out of Expensive Halls 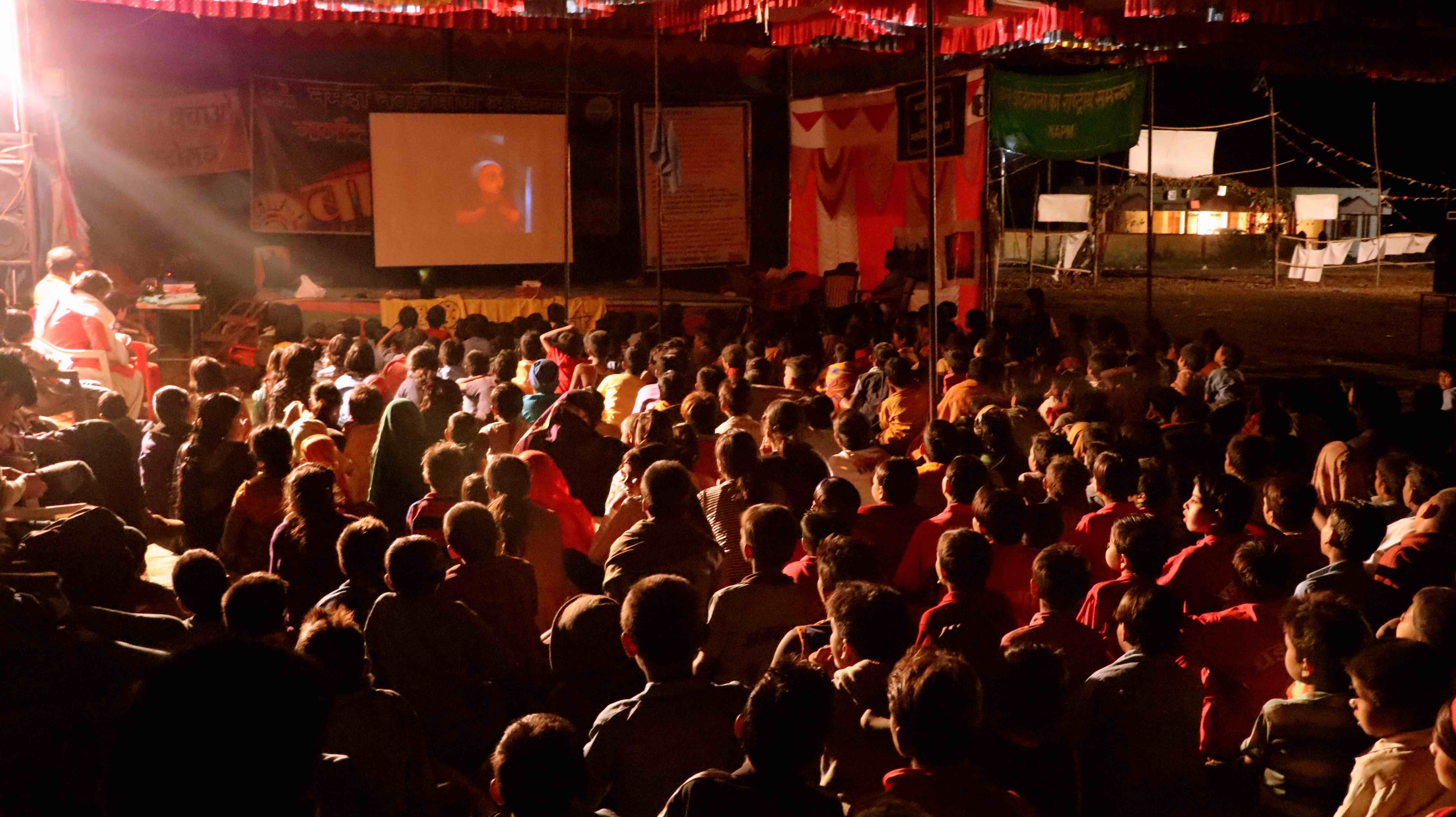 Martin Scorsese famously said, “Cinema is a matter of what’s in the frame and what’s out.” If Scorsese had visited India, he might have said, cinema is a matter of who is inside the hall and who isn’t. With corporate control over film distribution and film festivals, cinema has become a matter of access – access to the few. Enter Chalti Tasveerein.

Chalti Tasveerein, a travelling film festival, aimed to produce and showcase films to create a “people’s cinema”. The 45-day festival screened documentaries, experimental cinema and feature films across seven states in north India – Delhi, Himachal Pradesh, Uttarakhand, Uttar Pradesh, Madhya Pradesh, Rajasthan, Gujarat and Haryana between February 14 and March 31, 2018. The festival was a step towards democratising cinema – moving past the mainstream and into a different kind of cinema-going experience.

“One of the mottos of the festivals is ‘free the film and the filmmaker’. Free the films from the confines of the malls, the film festivals and academic spaces, which are very privileged spaces in themselves,” said Aswathy Senan, the coordinator for Chalti Tasveerein.

The film festival has moved to provide cinema access to a broader audience, one settled in the smaller towns of India. “Earlier there used to be smaller film clubs in localities, which were initiated by the local library or some local enthusiast or even smaller cinemas,” Senan said. “The smaller towns have now all closed cinema houses down because people have stopped going to cinema halls, because they have a TV at home or it is too expensive.”

Chalti Tasveerein travelled with a projector and a screen in hand, and daris to replace cushy cinema hall seats, to bring back (albeit a slightly new and desi version of) the good old drive-in cinema.

The festival isn’t solely making movies available to an otherwise neglected audience – a thorough vetting process is involved in the curation process. Before they set out, 30 volunteers from the seven states were called to do a workshop with the Chalti Tasveerein advisory committee.

“It was important for us to understand what kind of cinema would work where and what was their feedback,” Senan said. “It was also important that some of the people from the community were trained to do something like this, because it is not about us going and doing these festivals, it’s about them being more involved in the process.”

Chalti Tasveerein is working to change the relationship that people have with cinema at a grassroots level. The selection of 100 films in their roster comprises an impressive mix of animation films, documentaries, music videos, news videos and mixed films. The local volunteers were taught how to screen films and facilitate a discussion post the screening.

“Cinema watching on a big screen is a different experience and it’s very important to get the full relevance of the cinema. So when you are restricting the access to a certain audience who belong to a particular class, economic status or region for that matter, you are by default restricting cinema,” Senan said. 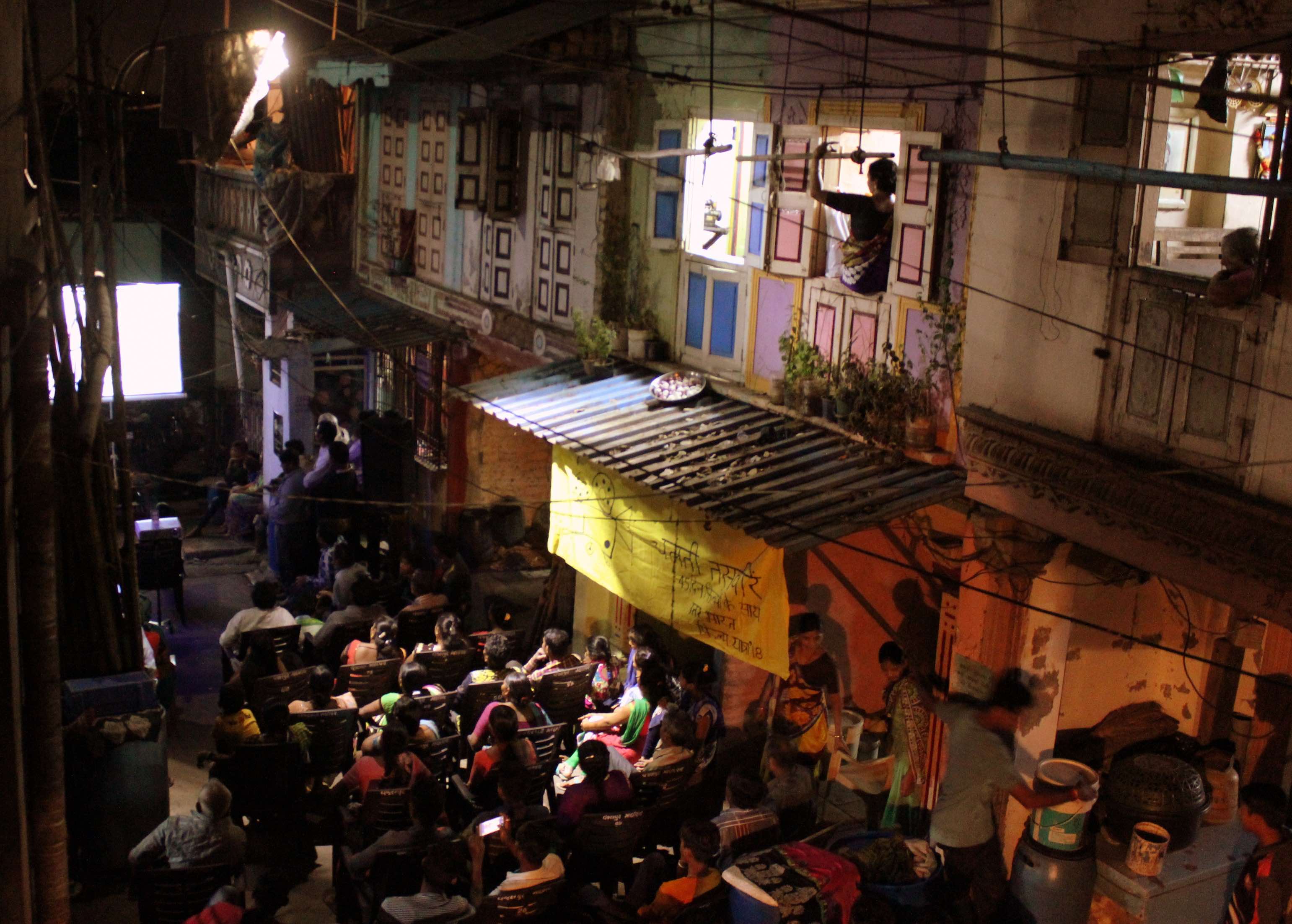 Cinema has been known to be a revolutionary force and the lynchpin of social change. Given that illiteracy is still rampant in India, cinema has a unique ability to reach a wide audience. “Most of the films we have curated are about human rights etc. So instead of having speeches and meetings or awareness programmes, we were hoping that we would have the community sit together and watch these films together and have discussions around that (human rights issues),” Senan explained. “It doesn’t have to be relevant to their struggle at that point in time but it is about something. It is empowering for people to know that this kind of struggle is happening all over.”

The power of the digital media and the necessity of documentation is a key take away for spectators of Chalti Tasveerein. “In Rajasthan, one of the places that we went to had a huge dharna (protest) and some of the volunteers took out their phones and documented it,” Senan said. “When you are exposed to the differed kind of documentation that has happened, with a smartphone on social media, it (documentation) becomes a really powerful tool of resistance as well.”

Chalti Tasveerein has had its first successful odyssey around northern states and is hopeful about continuing the journey. While the festival is financed through donations and fundraising exercises, the eventual plan is for local communities to sustain cinema-related activities on their own.

“The response in most places has been very reassuring and some of the places have even said that they will start film clubs, that they’ll start screening films. They bought our booklet for Rs 30, which is a form of fundraising for us, and said that they will watch the movies in the booklet on a weekly basis,” Senan said.

Chalti Tasveerein hopes to create a free space outside the mainstream where people can talk and exchange ideas, changing and challenging the consumerist cinema culture of today.

“Now the cinema is moving to the malls, which gets very expensive so people below an economic and social location do not get access to even mainstream cinema, leave alone alternate cinema,” Senan said, adding, “So this idea is simple – to think of a new distribution pattern for cinema and challenge the existing one.”