The complaint had said that the trailer of Disney+ Hotstar's web series 'Grahan' sets a false narrative of the 1984 anti-Sikh violence. 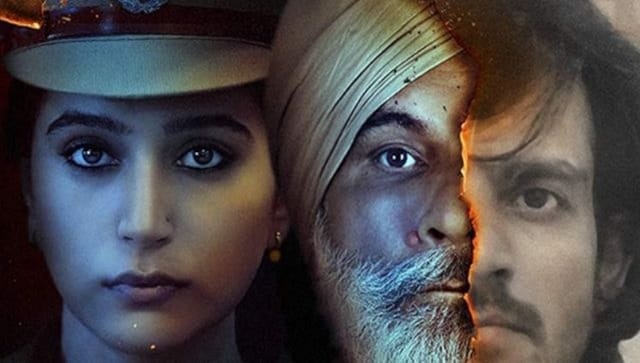 A poster for the Hotstar series 'Grahan'.

New Delhi: In its first hearing, the broadcaster-led self-regulatory body Digital Media Content Regulatory Council (DMCRC) on Wednesday dismissed an appeal against the trailer of Disney+ Hotstar’s web series Grahan, which is purportedly about the 1984 anti-Sikh violence.

The Council was formed under the new Information Technology Rules, notified by the Union government in February this year, by the Indian Broadcasting Federation, which is the apex body representing television broadcasters. The Federation will soon be renamed Indian Broadcasting and Digital Foundation (IBDF), as part of plans to cover digital platforms and over-the-top streaming services.

The complaint against Grahan had alleged that the show was the work of “a sinister mindset” aimed at setting a “false narrative” about the 1984 anti-Sikh riots. It also accused the makers of the show of attempting to show that a turbaned/Sikh man had been involved in looting and arson.

After watching the trailer, the DMCRC unanimously held that “it is unreasonable to judge such a long series, whose total length runs into a few hours over eight episodes, on the basis of a trailer that runs for 2 minutes and 24 seconds”.

“A trailer is specifically meant to generate curiosity, and in the present instance, it does that create a sense of intrigue and mystery about the story that would unfold,” the council said.

“The Council unanimously found that no community has been portrayed in a denigrating manner or in a bad light in the trailer,” it said in the order.

Moreover, there is no allusion or assumption of a Sikh person trying to engineer the riots as alleged by the appellants, the council said.

“The Council is of the unanimous opinion that the trailer is within the framework of the law and therefore, the Appeal is not maintainable. The Appeal is without merit and is dismissed,” the DMCRC said in its order.

According to the council, Justice Vikramajit Sen observed in his opening remarks that the body is “about to embark upon a unique journey in content self-regulation” and fine balance needs to be maintained between creativity, freedom of expression and law.

The new IT Rules mandate a three-tier complaint redressal system. While at the first level, the complaint is filed with the organisation itself, while at the second-tier, a self-regulatory body – like the DMCRC – deals with the complaint. The complainant can then choose to raise another appeal, this time with the Union government, which has the power to order the removal of content.

The rules apply to digital news publishers, over the top streaming services and intermediaries. Several petitions have been moved against the new rules, including by The Wire, saying they go beyond the scope of the law and give sweeping censorship powers to the government.