Before Walt Disney, There Was Lotte Reiniger and the World's First Animated Feature

More than a decade before 'Snow White', Lotte Reiniger was pioneering revolutionary animation ideas – now they are being rediscovered. 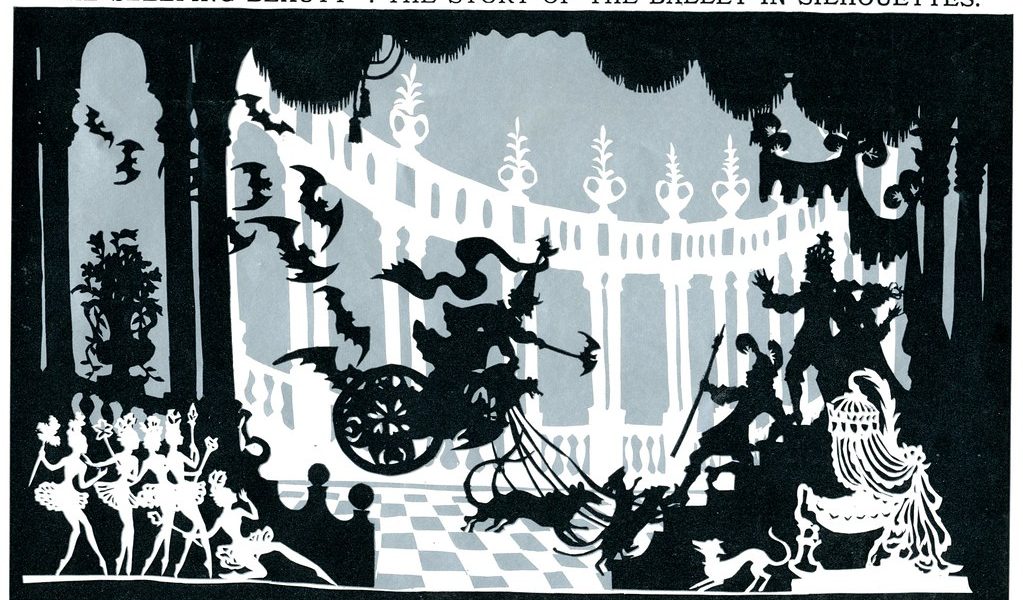 The oldest surviving animated feature was not made by Walt Disney, but by a German puppeteer named Lotte Reiniger who escaped Nazi persecution to move to London and make adverts for the British Post Office. Her film, The Adventures of Prince Achmed (1926), was a creative and technical masterstroke that would have a huge influence on the generation of animators that followed, including those working in the United States.

But with the rise of Disney and the dominance of US film studios, Reiniger’s name has largely disappeared from sight. In recent years, thanks to enthusiasts sharing her work on social media and the availability of her work online, her part in the development of animated films is becoming more widely known. As part of that rising recognition, Prince Achmed will be showing in 16mm at London’s Cinema Museum on October 25. The screening will be followed by a live podcast recording from academics at Fantasy-Animation.org reflecting on Reiniger’s status as one of animation’s great pioneers.

The story of Prince Achmed – and the animator who created it – highlights the important role women have played and continued to play within animation’s history, a role which is overlooked in favour of a story of powerful men.

At as young as six, Reiniger became fascinated with the craft of making silhouette cutouts. According to her biographers, as a young child, she would spend hours making paper characters, using them to stage dramatic retelling of fairy tales such as Snow White to her parents.

Reiniger’s generation was the first to grow up with cinema. The medium was invented just a few years before her birth and growing up in a large urban centre such as Berlin meant Reiniger grew up with access to the first film shorts. She was influenced by the pioneering special effects films of George Méliès, the French illusionist and film director, and sought a career for herself making her paper characters come to life on the screen through the process of stop-motion animation.

Also read: MAMI: What to Look for at This Year’s Buffet for Famished Cinephiles

Reiniger would embark on the painstaking process of photographing her paper puppets frame by frame, performing tiny movements at each step of the process to create the illusion of movement through a technique that has since become one of the trademark features of Aardman’s Wallace and Gromit films.

Reiniger originally trained as an actor and was a member of an influential circle of innovative German artists that included Bertolt Brecht, Fritz Lang and G.W. Pabst, creating animated sequences for some of their more famous expressionist works, including a vivid dream sequence that featured in the first of Lang’s two-part fantasy epic Die Nibelungen (1924).

Reiniger’s contemporaries saw animation as a medium of abstract expressionism that could be used to address the immediate political and economic issues they faced within Weimar Germany.

Why do you read fairy tales?
(animation by Lotte Reiniger) pic.twitter.com/bLzLOi2jTG

But Reiniger saw the value of animation in its capacity for imaginative storytelling. In 1923, she was given the opportunity to make an animated feature by a private investor named Louis Hagen. Reiniger chooses to use this opportunity to adopt a work of folklore taken from One Thousand and One Nights – a decision that put her at odds with her contemporaries. Her fellow avant-garde artists felt Reiniger should be making films that directly addressed the turbulent politics of the time.

Reiniger focused her efforts on the technical and expressive possibilities offered by her signature style of 2D silhouette animation. She used her creative powers to bring to life onscreen a kind of fantasy narrative that cinema audiences had yet to see due to the limitations of photography.

The production of Prince Achmed was low-fi, to say the least. Working with a crew of just five people, Reiniger designed and animated all of her silhouettes by hand, photographing the animation frame-by-frame in a friend’s garage. The process took five years for her to complete.

This gave her time to experiment with a number of technical and artistic processes. She colour tinted her film stock to create multicoloured backgrounds and incorporated background designs from avant-garde filmmaker Walter Ruttmann.

Perhaps most significantly, she developed a technique designed to give the illusion of depth to the flat animation cell by placing her silhouettes on different horizontal planes stacked at alternating levels before photographing them from above. This technique was a close source of inspiration for Disney’s own multiplane camera, one of the key technical developments that have been said to have set Disney’s studio apart from his US rivals during its rise to dominance during the 1930s and 1940s.

Prince Achmed opened to positive reviews in both Germany and in France, with a critic at the time describing the film as “visual poetry, a miracle to be experienced”. But as time went on, Reiniger’s achievements began to be diminished within a gendered version of film history. Her work was often dismissed by film critics for offering pretty escapism that was pleasant to look at but lacked the supposedly serious political intent of her male contemporaries.

Dr. Caroline Ruddell, who is currently working on a project on the role of women in animation history, argues that this needs to change. “Reiniger is not part of the popular canon in the way she should be,” Ruddell suggests.

Tashi Petter, a PhD candidate at Queen Mary University, London, is researching Reiniger’s equally influential career working in London’s artistic and cultural scene during the 1930s. As Petter told me: “With the rise of social media, Reiniger is starting to gain more recognition as a crucial part of film/animation history”. Petter says that fans of Reiniger’s work are now finding spaces to talk to one another, while new audiences are becoming attracted to her innovative animation style thanks to the availability of her films online.

Nearly a century after her heyday, Lotte Reiniger is finally getting the recognition she deserves as one of the great innovators in movie history and is rewriting the outdated notion that cinema was a man’s world.