Stereotypical and Lazy, 'Bareilly Ki Barfi' Doesn't Do Justice to the World It's Set in

The best thing about 'Bareilly Ki Barfi' is Rajkummar Rao's excellent supporting performance, but it isn't enough to save the film. 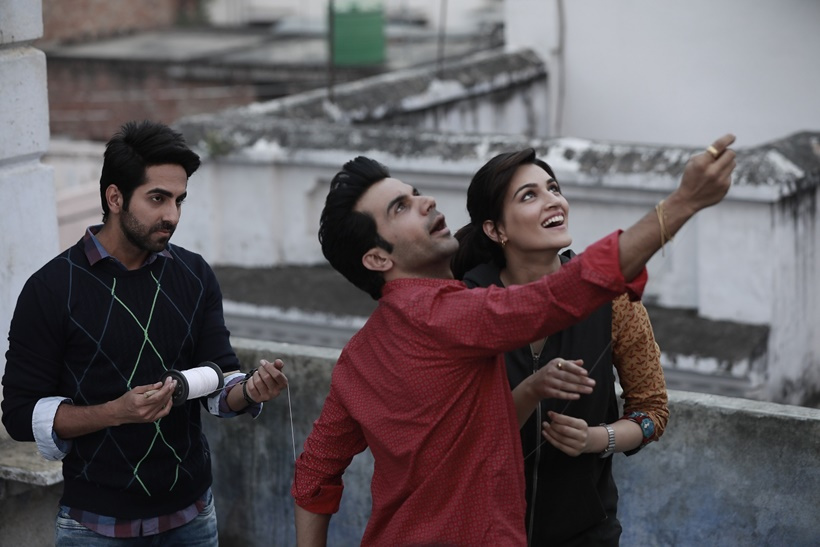 A few years ago, a picture from the Indian hinterland went viral. It showed two Indian men standing in front of a liquor shop. On its top – a longish horizontal stretch – was written, “Sarkaari Thandi Beer Ki Dukaan (Government Shop For Cold Beer)”. However, below that descriptor in Hindi, and just above the shop’s door was written, in big bold letters, “Child Beer”. It’s easy to understand why that picture was widely shared. It is funny and, at the same time, oddly reveals the idiosyncrasies of small-town India: a part of the country that’s still wrapping its head around the beast that is modernity. In subsequent months though, that picture – and its several variants – became shorthand of sorts to depict, demystify and even deride the ‘other India’. After a point, it stopped being funny.

The “Child Beer” image came rushing to me via a scene in Bareilly Ki Barfi, starring Ayushmann Khurrana, Kriti Sanon and Rajkummar Rao. In it, an eager 20-something Bitti Sharma (Sanon) is selecting sarees in a shop because she’s meeting an author whom she’s fond of the next day. The camera frames Bitti and her friend Rama from outside the shop, whose outer wall has a board hung to it which reads, “All debit and credit card expected”. This simplification, or crass reduction, of small-town India – which can somehow only be portrayed or understood through its people’s halting association with English – seems both tedious and unfunny. And especially over the last few years, when Bollywood directors have centred their films on this part of India, this device has cropped up often – through either signage or dialogue – serving primarily to not illuminate a milieu but inject laughs in a movie.

However, to be fair, Ashwiny Iyer Tiwari, the director of Bareilly Ki Barfi, doesn’t make this trope obvious (that board appears at the corner of the frame, in a blink-and-miss moment), but its very presence says a thing or two about how Bollywood filmmakers look at small-town India. Tiwari, quite unfortunately, is not an exception. To begin with, she does seem interested in exploring the film’s milieu, Uttar Pradesh’s town Bareilly: her camera, at various times, slowly pans over the town, showing its people, their houses, their ways of living. But there’s much in the film, especially in the first half, that looks forced.

Let’s take its casting, for instance. Its female lead, Sanon, has appeared in three Hindi films before – Heropanti, Dilwale and Raabta (an embarrassing trio) –where she played the roles of a typical Bollywood heroine who wasn’t moored to a place, who could have been a character in any part of the world. This role, though, demands specificity, of not just accent, mannerism and ideology, but also a very sense of being. However, right from her first scene, where she wakes up in the morning with perfect hair and make-up, she looks planted in the movie.

So does Khurrana, in fact, a much better actor, who plays this role with a lot of sincerity and conviction; but even with all the effort, he can’t slough off his inherent urban sophistication like this role demands. For the major part of the first half, he speaks in a strange mix of Hindi and English (sounding like a graduate from Farhan Akhtar School of Linguistics and Language Studies). His dialogues have “protocol” and “permisan”, “important” and “prayatna”, “matter” and “vyaktigat” in the same line. (So jarring and obvious were these juxtapositions that they, for a moment, seemed intentional – perhaps a wry comment on approximating reality – but their origins soon became clear: lazy writing.)

Both Sanon and Khurrana, at various points in the film, look less like characters and more like imports, actors trying hard to fit into a milieu. And that’s precisely the problem with films like Bareilly Ki Barfi, where actors, familiar with the lexicon of mainstream Bollywood (very urban and largely Punjabi), play the roles of hinterland strivers. In recent years, many Bollywood filmmakers have set their films in the country’s interiors, documenting the fascinating facets of Indian living, and yet, a lot of them have not been able to strike the right balance between actors and subjects. That doesn’t mean that a popular actor, usually appearing in films set in big cities, can’t do justice to the stories set in a village or a town. There’ve been several notable exceptions, including, most obviously, Saif Ali Khan in Omkara, Alia Bhatt in Udta Punjab (and Badrinath Ki Dulhaniya), Khurrana himself in Dum Laga Ke Haisha. All these films, however, had both good actors and directors, who worked hard to sweat the small stuff.

In Bareilly Ki Barfi that degree of realism is achieved by only three actors (out of which two are cast in minor roles): Seema Bhargava, Pankaj Tripathi and, of course, Rao, who is by far the best thing about this film. Having said that, Bareilly Ki Barfi isn’t just let down by indifferent casting. The film opens to, and is sustained by, Javed Akhtar’s voiceover, which doesn’t quite work, for it tries hard to be empathetic, funny and lyrical. Early in the film, Chirag Dubey (Khurrana), is shown as a lovelorn figure, unable to move on from his last relationship that ended five years ago, nursing himself to sleep every night with alcohol. However, a few scenes later, one meeting with Sanon’s Bitti makes him forget his woes. Granted, the act of moving on can, at times, happen in a snap, but it doesn’t feel convincing in this set-up. Elsewhere, too, it feels like we’re primed to react to a particular scene. You have Bitti’s mother (Bhargava) reading a personal letter loudly; Bitti’s father (Tripathi) confiding in his wife, more than once, while she’s already asleep, ultimately leaving him talking to the ceiling; Bitti procuring cigarettes for her father while he’s in the loo (whose door, quite miraculously, has a small outlet whose size matches the girth of the said cigarette). Even the overall writing isn’t smart, banking too much on a (fairly predictable) twist in the tale, rendering its final act contrived.

Bareilly Ki Barfi is, however, salvaged to a large extent by Rao. Playing the role of an endearing milquetoast, keen on impressing his mother, Rao essays Pritam Vidrohi with exemplary poise. In the hands of most actors, Pritam could have easily become a caricature – the film’s laughing stock – but Rao imbues him with depth, eliciting a range of reactions from us: we laugh at him, we laugh with him, we understand where he comes from, we understand where he wants to be. It’s also, in some ways, a very meta role. In the film, Pritam, a mousy young man, is trained by Chirag to become a street toughie – a man high on crass, low on class, who doesn’t speak as much as he mouths dialogues, whose sole purpose, both in the film’s world and outside of it, is to entertain. These kinds of parts – macho, carefree, bird-brained – are usually reserved for actors commanding a sizeable audience, whose on-screen whims are affectionately indulged by his fans. But Rao, an exceptional actor otherwise, has been largely unfamiliar to this brand of acting, which, in its own ways, can be meaningful and pleasant. In that sense, Rao’s quest – as an actor, to step out of his comfort zone – isn’t very different from Pritam’s, who is similarly challenged to become someone else. 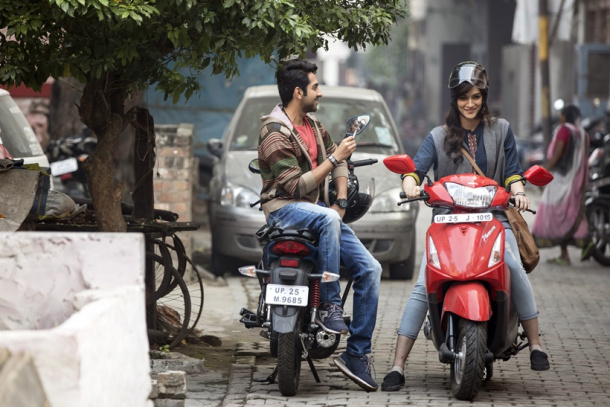 A still from Bareilly Ki Barfi.

It’s unfortunate that actors known for picking relatively serious roles and films are slotted in an image which lacks shades of humour and tomfoolery. But Rao nails this part, displaying his versatility with consummate ease – a quality lacking in Sanon and Khurrana’s performances. Whether that authenticity is a result of Rao’s lived experience, personal observations or artistic ingenuity is difficult to tell, but its outcome is refreshing and rewarding. Rao also adds much-needed vitality and purpose to an ineffective romantic comedy but, given that he’s cast in a supporting role, he can elevate the film only so much.

In that sense, the failure of Bareilly Ki Barfi has at least one silver lining: it shows that truly gifted Bollywood actors – Irrfan Khan, Nawazuddin Siddiqui and Rao – have finally begun to outsize an industry that sings paeans to mediocrity every Friday.