Chauhan's appointment as chairman in 2015 had been met with protests, with FTII students holding a 139-day strike. 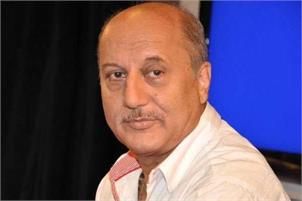 New Delhi: Actor Anupam Kher has been appointed the chairman of the Film and Television Institute of India (FTII) today, Information and Broadcasting (I&B) ministry officials said. Anupam replaces Gajendra Chauhan who had a controversial tenure as head of the Pune-based institute. Chauhan’s term ended in March.

The government’s choice of Chauhan, a BJP member and television actor who played Yudhishthir in B.R. Chopra’s epic TV series Mahabharat, in June 2016 had left the film industry shocked. He had no association with the institute, neither as a student nor a faculty. Chauhan had been associated with the BJP for more than 20 years but became an official member in 2004. He had campaigned extensively for the BJP in Haryana during the Lok Sabha and state elections in 2014. I&B ministry officials had, however, denied that Chauhan’s nomination was an attempt at “saffronisation” and that the RSS had been involved in the decision.

The students of the institute had held a 139-day strike opposing Chauhan’s appointment and his first visit to the campus after he took over as chairman had been met with protests of “Gajendra Chauhan go back”.

Anupam’s wife Kirron Kher is a BJP MP from Chandigarh and a known supporter of the Modi government.