Anand Patwardhan’s 'Reason' Is Both Uncomfortable and Reassuring

The documentary sharpens our arguments against the forces that are determined to create fissures in India's social landscape. 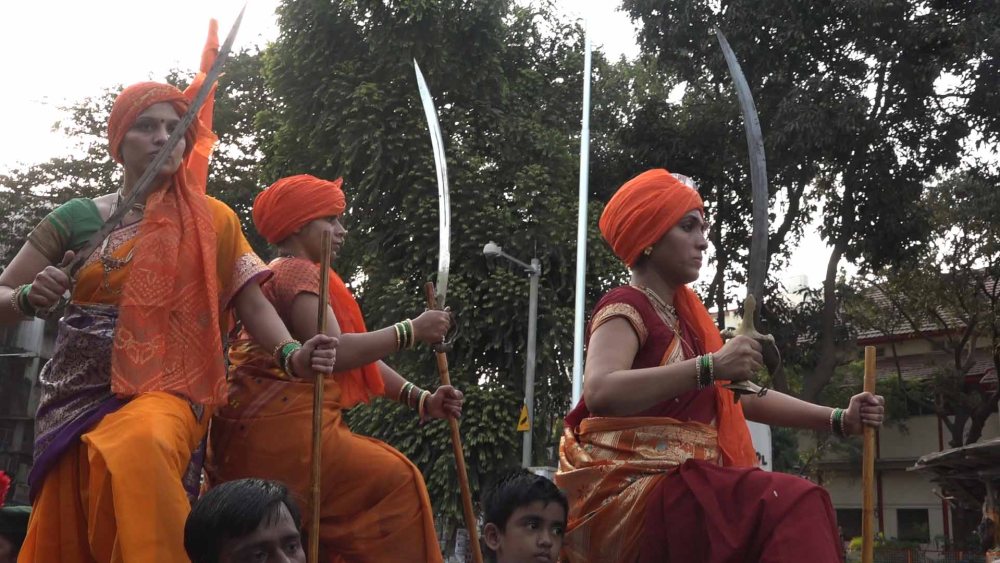 A still from 'Reason'.

This article was first published on April 11, 2019, and is being republished in the light of I&B ministry stalling the screening of the documentary at a Kerala festival.

It was a dreary weekend afternoon when I went to watch the screening of Anand Patwardhan’s four-hour-long documentary, Reason (Vivek in Hindi). The expectation from Patwardhan’s movies is always that facts will be narrated in a way that finally meanders into hope. His depictions – whether in Ram ke Naam or War and Peace – are rooted in reality and people-centric, challenging common social beliefs and consumerist ideas that have come to plague us.

It isn’t just an Anand Patwardhan film. It is a lesson in the blood-laden contemporary history of India’s majoritarian metamorphosis. The film is etched with the filmmakers signature poignancy and hope, and is also soul-stirring experience which revolved around the process of manufacturing a Hindu rashtra. Some of the facts which unfold are not just baffling, but outright dangerous. To be honest, Reason does not feel like a documentary– it is more like a book, a classic which needs to be read in one sitting.

The documentary, which has eight chapters, opens with the life (and death) of Narender Dabholkar and Govind Pansare, both of whom were murdered for promoting rationality, equality and justice. In its essence, Reason is a tribute to their martyrdom. In depicting the struggles of the two rationalists, the documentary captures the spirit of resistance. It reveals how the Sanatan Sanstha, the Goa-based organisation which allegedly planned both murders, injects hatred into the veins of India’s secular being.

While revealing the Sanstha’s true nature, Patwardhan himself becomes a voice of courage. In one scene, during a Sanatan Sanstha press conference, the organisation’s spokesperson confronts Patwardhan about organising protests after M.M. Kalburgi’s murder. The filmmaker, who is shooting the press conference, raises his head from behind the camera and gives an angry rebuttal. Imagine – a rebuttal to the spokesperson of an organisation which posts crossed-out photographs of people who are mysteriously killed. What can be more courageous, in times like these?

The documentary then drifts into Dalit resistance to the rising brutalities against them. It begins tracing this resistance from the response to the public thrashing of Dalit cow skinners in Una. It shows how a mass Dalit movement is brewing in the country, with the rise of Dalit leaders such as Jignesh Mevani, who takes a mass oath at a rally, asking the crowd to repeat after him that they will refuse to lift cow carcasses in the future.

For me, that was a moment of hope in the documentary. Patwardhan’s capability to stun with short words is visible throughout the film. In one shot, he calls Chanakya a ‘Machiavellian Brahmin’. I am yet to find a better adjective to describe the egoistic patriarch. One of the most beautiful moments of the film is Sheetal Sathe’s song in a Dalit sabha.

After a powerful indictment of the oppressors of Dalits, the documentary goes on to students’ resistance to majoritarian politics. The events at the Jawaharlal Nehru University are shown in detail. Rohith Vemula’s suicide at the University of Hyderabad and the narration of his suicide note, which has now become a thorn in the consciousness of some of us, is one of the most hopeful moments of the film. Vemula’s poignant words and Patwardhan’s magical voice make for a healing concoction of sorts.

The film is not without its moments of humour. The chest-thumping primetime news anchor we all know so well is seen shouting at JNU student leader Umar Khalid. It appears that the anchor’s voice is drowned in his own noise. The uncomfortable silence and mumbling of the ABVP leader when asked to name at least five leaders from the BJP who had gone to jail during the freedom struggle is not only humorous, but also revealing.

The documentary finally gets to Dadri, Mohammad Akhlaq’s village where a frenzied mob of cow vigilantes killed him on suspicion of possessing cow meat. Patwardhan shows both the victims and the perpetrators. The most moving moment is when Akhlaq’s son, Mohammad Siraj, who is in the Indian Air Force, tells the filmmaker, “There is no country like India. I am lucky to be born here.”

All in all, Reason is like the sun in your eyes – uncomfortable, but reassuring that the sun still exists. It is a documentary we all need to urgently see, because it sharpens our arguments against the forces that are hell bent to create irreparable fissures in India’s social landscape. Reason can be the only argument against magic, irrationality, hopelessness and obscurantism.

Shah Alam Khan is professor, orthopaedics at AIIMS, New Delhi and author of the book Man with the White Beard. Views are personal.