Like his previous films, Neeraj Pandey's 'Aiyaary' is a spy thriller with the heart of a family drama. 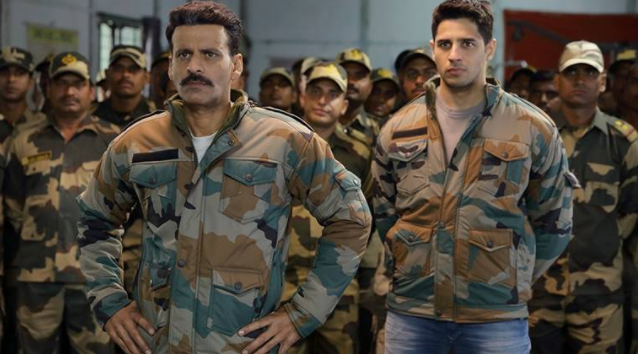 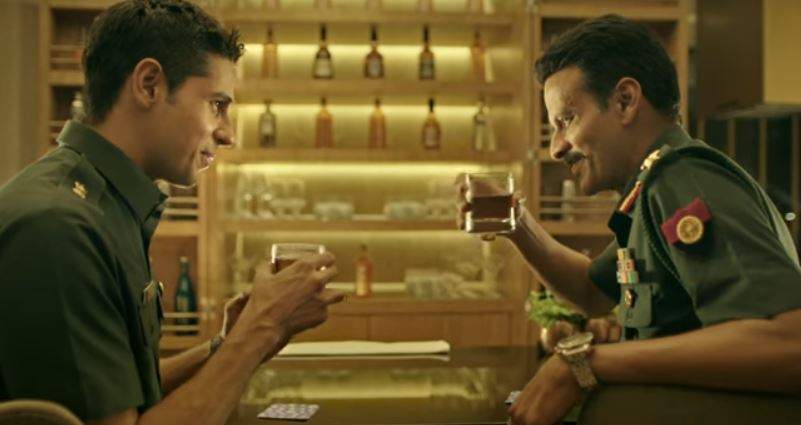 Debuting with A Wednesday!, a troubling and populist thriller, Pandey has shown a penchant for violent, quick fix solutions. This helps him in multiple ways. At one level, it allows him to tell the stories that interest him, and at the other, it gives him a ready made audience, which often sees justice, or national security, as a soda dispensing machine, stripped of 8all its complexity, executed at the press of a button. Moreover, these films, centred on secret agents who must break the law to maintain law, have a conventional cinematic appeal, revolving around risky operations, encounters, and smart deceits. A complacent filmmaker finding his interest, promising a large audience, often results in a formula. Pandey has certainly found his.

In Aiyaary though, that formula is served with a twist. Major Jai Bakshi (Sidharth Malhotra), part of a secret seven-member team called Design and System Diagnostics, helmed by Colonel Abhay Singh (Bajpai), has defected. Once an integral part of the group, sanctioned by the Chief of the Army Staff (Vikram Gokhale), Jai, disillusioned by the corruption in the army, is about to reveal the details of his team, which has been kept secret from the public. This is a noteworthy departure in Pandey’s oeuvre, because unlike his other films, Aiyaary doesn’t show the army as a bastion of morality – a one-stop shop for nationalism – but as an intricate institution comprising ordinary citizens who aren’t above venality. By doing so, he pits one hero against the other and blunts the simplistic us versus them narrative that characterised his previous films. It is, within their limited scope, a promising start.

But it is soon clear that Aiyaary is not breaking new ground. Like Baby and Naam Shabana, Aiyaary is a spy thriller with the heart of a family drama. Pandey belabours small trivial things, snuffing the life out of them. So, for instance, the film establishes Jai’s defection early but doesn’t stick to its central plot line. It keeps seguing into long flashbacks, such as Abhay’s stint in Cairo to kill a terrorist, Jai falling for a software security specialist (Rakul Preet Singh), Abhay and Jai’s operations in Kashmir, that detract from the main story. Even the individual scenes are puffy, taking a long time to find their crux. These are strange choices that don’t befit the tone of the film, which, by virtue of its genre, demands inherent agility and suspense. What’s worse, they don’t flesh out the characters, either. The story eventually remains superficial, swinging between the good and bad guys, leaving scant scope for ambiguity.

Yet it’s dressed up as an intelligent drama, purportedly trying to illuminate the lives of officers in an intelligence agency. But it remains unconvincing because Pandey looks at this world with the fascination of a teenager and the sobering realisation of an adult. In one scene, Jai disguises himself as a blonde to evade Abhay at the London airport but takes no precaution in talking to his girlfriend who has come there to receive him, rendering the whole point of make-up moot. (He of course doesn’t get caught.) The villain Mukesh Kapoor (Adil Hussain), an arms dealer and an ex-army man, is a painful stereotype. He often stares at glassy futuristic computer screens, displaying prototypes of different weapons with such vague words as “Trigger Link”. (He also drives a car bearing the nameplate, “MK 26 ARM”.) This one-note acting marks other characters too, but it is most evident in Bajpai’s perpetually confused and distressed face, trying and failing hard to inject nuance in a largely banal role.

It is to Pandey’s credit, however, that Aiyaary’s politics isn’t as troubling. There’s some attempt to understand the system from within. The film doesn’t take refuge in invoking Pakistan or terrorists – the easy obvious excuse for a film like this – and tries to complicate its own story. At one point, in a flashback scene, Jai asks Abhay about the persistent problems in Kashmir. To which he replies, “Kashmir is like an industry. The intention is to not solve the problem but maintain it.” In an earlier Pandey film, this would have culminated in Pakistan bashing. And yet, a few scenes later, we see Abhay murder an informer in cold blood, a quality that Jai admires. This valorisation of extrajudicial killings, evident elsewhere in the film as well, unintentionally ends up revealing its sordid, bloodthirsty heart, where anything is acceptable and legitimised under the guise of national security, exhibiting troubling tendencies that led to the formation of Armed Forces (Special Powers) Act that have wreaked havoc in India’s northeastern states and Kashmir. But these are bigger questions that suit an accomplished film. Aiyaary fails to nail the fundamentals of a compelling story – a straightforward thriller made needlessly convoluted, a sinking reality let down by boyish fantasy.