The Unfortunate Ironies of the 2020 Oscar Nominations

The stories of white, violent men – The Irishman, Once Upon a Time in America, Joker, 1917 – a category historically favoured by the Academy, have found champions this year, too.

The annual Academy Awards, or the Oscars, purportedly recognise global filmmaking excellence. But a crucial rule, that a film must be released in Los Angeles county for it to be considered eligible (except Best International Feature Film), ensures that the Oscars, by and large, remains an award for American films.

This year’s Best Picture nomination though, like the previous edition, has a foreign entry: Bong Joon-ho’s Parasite, a tragicomedy about income inequality, the first South Korean film to receive that honour — and only the 12th foreign film in the history of the 92-year-old awards.

The winner of the 2019 Palme d’Or – the top prize at the Cannes Film Festival – garnering universal critical acclaim, Parasite, believed many critics, stood a good chance to be nominated for this year’s Oscars. In a recent interview, however, Bong sounded unfazed about the hype. “The Oscars are not an international film festival,” he said. “They’re very local.” Parasite has been nominated in five other categories for this ‘local’ award: Best Director, Best Original Screenplay, Best International Feature Film, Best Production Design and Best Film Editing.

A closer look at the Best Picture nominees throws up crucial commonalities and even some dash of irony. Bong, with his healthy disregard for Hollywood hegemony, will be in Dolby Theatre on February 9, 2020 — the same director whose monster film, Host (2006), was an allegorical political piece, commenting on the callousness of American army and how it can affect the locals. At the time of release, Bong had said, “It’s a stretch to simplify The Host as an anti-American film, but there is certainly a metaphor and political commentary about the US.” 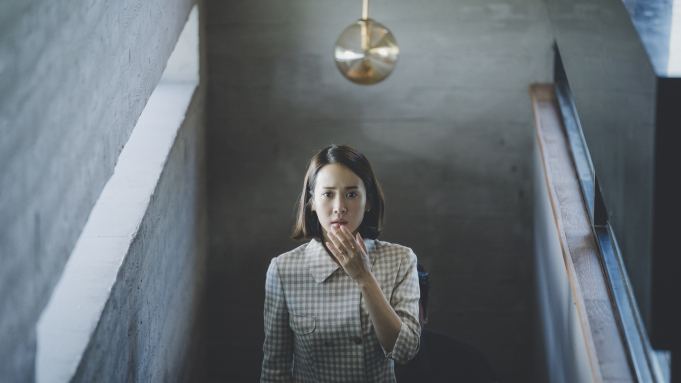 A still from ‘Parasite’.

Then there are other Best Picture contenders (and their directors) that reference each other in ways both personal and professional. Philips’ bleak drama, set in the city of Gotham, is remarkably reminiscent of Scorsese’s Taxi Driver (1976): both films features depressive, decadent worlds; isolated characters who become progressively unhinged; and violence cloaked as salvation.

Philips, perhaps deliberately, took the similarities a step further: he casted Robert De Niro, who played a psychopathic comedian in Scorsese’s The King of Comedy (1982), as an established comedian in Joker, who mocks the film’s protagonist, a fledgling stand-up struggling with mental health. So, it’s not surprising that Scorsese was initially Joker’s co-producer.

Baumbach and Gerwig, on the other hand, are partners who have also collaborated on previous films. She played the lead in his Greenberg (2010), co-wrote Mistress America (2015), and played the lead and co-wrote Frances Ha (2012). They are collaborating again, as writers, for Gerwig’s upcoming directorial, Barbie, starring Margot Robbie.

Also read: What Greta Gerwig’s Snub Tells Us About the Oscars

The Best Original and Adapted Screenplay nominations feature predictable names (all Best Picture movies barring Ford v Ferrari have been nominated), with two new additions: Rian Johnson for Knives Out, for writing an unusually comical whodunnit, and Anthony McCarten for adapting his play for The Two Popes. The Best Film Editing category is truly diverse, ranging from a veteran (Thelma Schoonmaker for The Irishman – her eighth Academy Award nomination) to a newbie (Yang Jinmo for Parasite: his sixth film). The Best Cinematography contenders have Oscars veterans in Roger Deakins (his long takes in 1917 makes the movie looks like one continuous take, his 15th nomination), Robert Richardson (for Once Upon a Time in Hollywood; one of the only three cinematographers who has won the Academy Awards three times) and Martin Scorsese’s regular collaborator Rodrigo Prieto (nominated for his third Oscar for The Irishman).

The Best Documentary Feature category looks hotly contested, comprising relevant, political pieces: The Edge of Democracy (depicting the rise and fall of Brazilian Presidents Dilma Rousseff and Lula da Silva), American Factory (about a Chinese company’s factory starting operation in an Ohio city, in place of a shuttered General Motors plant), and two documentaries centred on the Syrian War (The Cave and For Sama).

Also read | ‘For Sama’: A Personal and Political Account of Routinised Violence in Syria

Given that Parasite is also nominated for Best International Feature Film, it reduces the chances of other films, comprising an eclectic list: Pain and Glory (Almodóvar on Almodóvar); Honeyland (also nominated for Best Documentary); France’s official entry, Les Misérables (inspired by the 2005 Paris riots); and the Polish drama Corpus Christi.

The 92nd Academy Awards, like any other edition, has also been marked by some notable exclusions. Despite being nominated for Best Picture and Best Adapted Screenplay, Little Women’s filmmaker, Gerwig, wasn’t nominated for Best Director. In fact, no female director has been nominated this year. The Academy is known for being biased against movies of a certain kind – summer blockbusters, comedy, horror, irrespective of their merits – which probably explains why the critically acclaimed horror Us (with no nomination) and the funny Knives Out (with just one nomination, and Jojo Rabbit being a notable exception) were cruelly left out.

The snubbing of Us — directed by Jordan Peele and starring Lupita Nyong’o and Winston Duke, a horror about American privilege and the invisibiliation and marginalisation of a group – does, in some way, feel like life imitating fiction. On the contrary, the stories of white, violent men – The Irishman, Once Upon a Time in America, Joker, 1917 – a category historically favoured by the Academy, have found champions this year, too. But the most unfortunate exclusion of this year has to be Lupita Nyong’o’s, who was absolutely riveting and terrifying – a masterclass in depicting duality – in Us.

Come February 9, and sincere Academy members would hope that well-deserved talent, and not irony, wins that night.