As Mohsin Shaikh's Family Continues to Struggle With Grief, a Reminder of the Cost of Hate

Three years after Mohsin Shaikh was lynched by a Hindu Rashtra Sena mob in Pune, his family recalls memories of him. 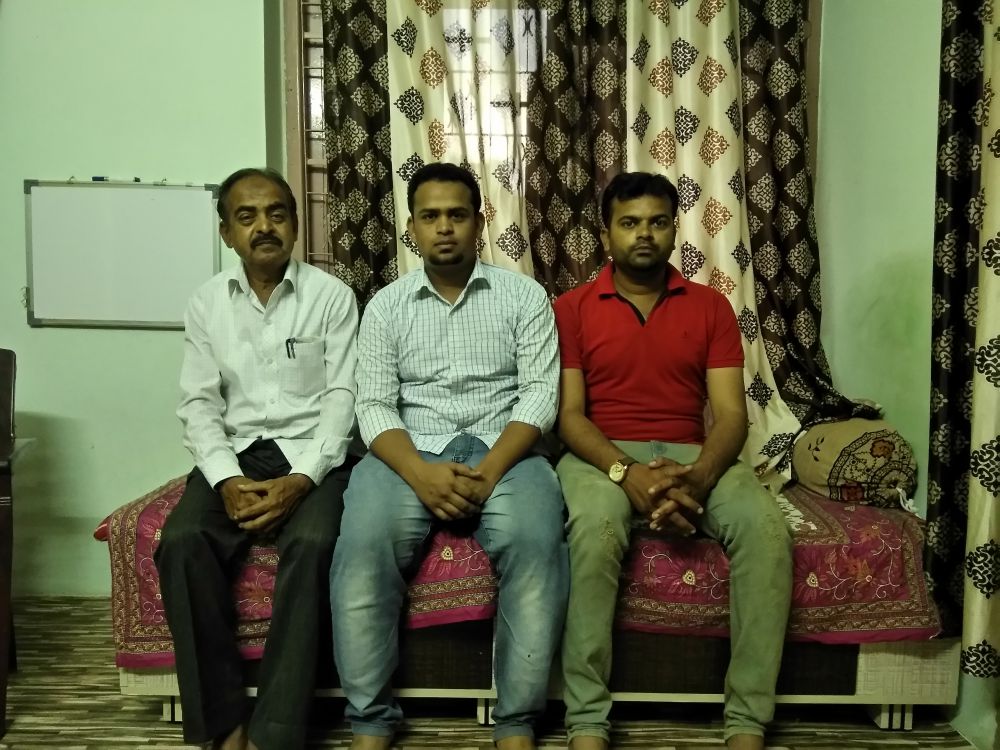 Death continues to be peeled of its dignity, layer by layer, in our country today. Hundreds of newborns and infants die in dim-lit hospitals due to lack of oxygen. People perish in train accidents or down open manholes in the pouring rain. The numbers numb us into a sense of stupor. It appears as if we are conditioned as a country of over 1.25 billion people to accept such collective loss as our destiny, not as examples of cruelty, neglect or lack of governance, to be addressed with all speed and sincerity.

But for those who have lost someone dear to them, death remains a central life event. Something that has so altered their everyday reality that it takes years of effort, prayer and patience to come to terms with their grief. Death is undeniably, inescapably, visceral in its effect upon the living. Survivors do not escape the scars of the horrors that have felled their loved ones.

The Shaikh family of Solapur still struggles with the death of their beloved son and brother, Mohsin, on the night of June 2, 2014, in Hadapsar, Pune.

I arrived at the home of Sadiq Shaikh in September 2017 to share in the family’s memories of Mohsin. His parents, brother and cousin sat with me, recalling what he had been like, what his presence in their lives had meant to them. “Mohsin was my elder son,” said Sadiq, now leading a retired life. “My eldest is a daughter, Heena Kausar, then Mohsin was the elder son and Mubin is my youngest. He was very close to both his siblings.”

Kausar, who was unable to join us that evening, had written a letter explaining what Mohsin meant to her. “I don’t have a sister, but Mohsin was like both, a sister and brother to me, someone in whom I could confide everything,” she had written. “He was the most loving, uncomplaining person who thought first and foremost about us, his family, then only of himself. My son, Awes, often seemed more attached to Mohsin than to me, his mother. He gave us so much and we miss him so terribly. For me, even though I still have my parents, my husband and my brother, the loss of Mohsin is irreplaceable. I feel orphaned. We all do. May our brother find his rightful place in heaven.”

Quiet enveloped us after Sadiq had finished reading his daughter’s letter. The only sound was the quiet sniffing from Mohsin’s mother, Shabana Parveen, who silently wept her way through our exchange. Even after three years, she finds it difficult to get over the extreme grief of what the ancient Hindus described as ‘putrashok’ – the loss of losing a son. A patient of hypertension, she relies on her family to support her as she remains depressed and somewhat withdrawn.

What made the loss of Mohsin so devastating was the manner in which it happened. He was dragged off his friend’s motorcycle and killed on the street by young men wielding hockey sticks, minutes after emerging from a mosque where he had offered the evening namaz. Faith in God has to be resolute indeed if it can withstand such a tragedy occurring after prayer.

Sadiq revealed that the investigating officer assigned to Mohsin’s murder case, Gopinath Patil, came and met him and told him that all his enquiries with everyone who had known Mohsin had revealed that Sadiq’s son was a very good human being. He promised to do everything in his power to prepare a watertight case against his killers. “He was true to his word. The main accused (Dhananjay Desai of the Hindu Rashtra Sena) has been unable to get bail in spite of applying four times in the past three years.” 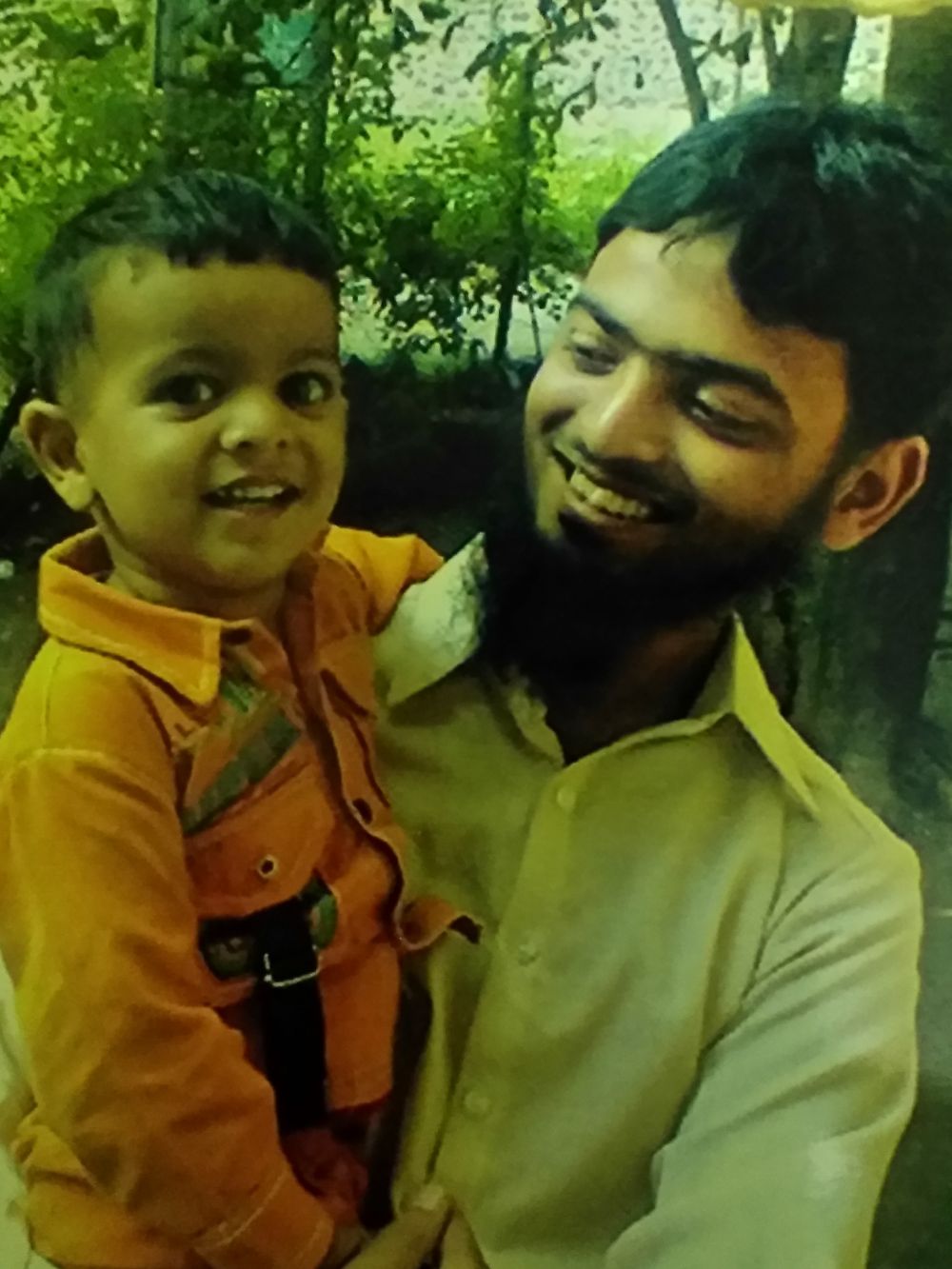 How is it that so many remember your son with such fondness, I asked. Sadiq nodded in acknowledgement, and replied, “I worked for Aramco in Saudi Arabia from 1978 to 1986. I distinctly remember, in those years, the Saudis considered us Indians most orderly and obedient, unlike the Pakistanis. They used to even say about us – they are Indians first, Muslims second. My wife stayed with me for part of that period, and we welcomed Mohsin into our life in 1985. When I came back, I set up an STD and Xerox booth in the camp area of town, where lots of poor labourers, beedi workers and their families were our customers. Mohsin began helping me at this shop, and as a teenager, he would man the place by himself after school hours till late at night. He became very popular with the customers, dialing numbers to help them, explaining documents to them, so much so that they came separately to tell me how safe they felt with him at the helm.”

“Then, in October 2002, Solapur faced terrible communal riots. When mobs came to burn and loot in our area at the height of the riots, they burnt the establishments to the side of us, but they spared our STD and Xerox place only because it was identified as Mohsin’s shop. That is how much people had begun to recognise his kind and helpful nature.”

A dreadful sense of irony gripped me as I heard this. It was triggered by Sadiq’s description of how the Saudis perceived him as Indian first and Muslim second, something he is called upon to prove several times a day in today’s India. I was also remembering the words of Justice Mridula Bhatkar of the Bombay high court in Mohsin’s case as she granted bail to three of the accused in January. Noting that there was no personal enmity between the men and Mohsin, as they didn’t even know each other, she said, “The fault of the deceased was only that he belonged to another religion. I consider this factor in favour of the accused. Moreover, the accused do not have any criminal record and it appears that in the name of religion they were provoked and have committed murder.”

How strange that the young men who were part of the hate-filled mob should have received the benefit of their earlier innocence, and Mohsin, who had nothing to do with the Facebook post about Shivaji that had supposedly been used to provoke the mob, had to pay with his life.

I turned to Mubin, Mohsin’s brother, who is two years his junior, for memories of their childhood. “We were very close and he used to be my protective elder brother, among all our childhood friends. He became very interested in electronics and the IT sector because our father had brought us a computer right from childhood when he returned from Saudi. There was also a dot matrix printer, on which students would print out their projects, sitting with my father late into the night at his shop. Mohsin became very good at solving any problem with the printer or computer. He had the knack of opening up and understanding any gadget, and putting it back together perfectly, without any problem.”

“He could spot a fault and repair it perfectly for anybody, even mobile phones,” said Mohsin’s cousin Shoeb, who has studied architecture and, like Mubin, is also working in Pune. “It was a unique talent, and we always marveled at how he would figure out an electronic gadget without instructions, while we feel nervous to handle them.” This talent made Mohsin popular with many in Pune too after he had moved to work there, first as an instructor and then as an IT manager. “In fact, the owner’s wife, at the firm where he worked, went into shock when this tragedy happened,” recalled Sadiq. “She was pregnant at the time, and her husband worried about the effect it would have on her. Both were very attached to Mohsin. He keeps in touch with us. He later sent us pictures of his child and we were relieved to see them happy.”

Mohsin’s sister was spending the evening with her parents on June 2, 2014. She saw mention of some disturbances on the news and called her brother in Pune, telling him not to venture out too far. Mohsin, who lived with Mubin, told her not to worry as they would only be going to say namaz at the local mosque and pick up their dinner ‘dabba’. “We emerged from the mosque, and he chose to ride with our roommate Riyaz, while I had another bike and went on ahead,” recalled Mubin. “Within two minutes, I got a call from Riyaz saying that a mob had hit Mohsin. I rushed back and found him lying bleeding on the road. None of the bystanders helped me to lift him and take him to hospital. By the time I could move him, he had lain there at least 20 minutes.” A short while later, Mohsin was dead, bludgeoned by hockey sticks and blind, remorseless hatred.

The Hindu Rashtra Sena had struck its first victim a mere week after the new BJP government had been sworn in at the Centre on May 26, 2014. Since then, we have lost many more, young and old, to hate and blind bigotry. How long before we begin to refuse to pay the cost of hate? How long before we realise that there can be no saving our ‘nation’ without saving both Mohsin and his young attackers?