The Congress's backing of the demand is being seen as an attempt to woo Lingayat votes and undercut the BJP's push for Hindu consolidation.

A new political drama debuted on the pre-election stage in Karnataka last week, promising maximum sparring, contest and a bounty of contested positions in the lead up to the state assembly polls in April-May 2018. Playing on screens now is a high-stakes tussle between the Congress and the BJP, the two principal parties in the fray, for the votes of the Lingayat community, which makes up close to 17% of the state’s population.

With the community having stayed firmly outside the Congress fold in recent times, the party has made a bold incursion into what is now BJP territory. It has come out in full support of a contentious demand from a section of the Lingayats for a separate religion tag outside of Hinduism.

The Congress’s offensive against the BJP and its chief ministerial face, B.S. Yeddyurappa, a powerful Lingayat leader seen as being able to carry the community with him on election day, is aimed at widening its own stagnating electoral support base beyond the minorities, the backward classes and Dalits (known as the AHINDA vote bank). The move is widely perceived to be the brainchild of current chief minister Siddaramaiah, one of the last surviving regional Congress leaders with heft.

The issue, swathed in layers of complexity, puts the spotlight on how democratic politics shapes caste and religious identities, and the contingent discourse around reservation benefits. But in a more immediate context, it brings into play tricky questions surrounding Lingayat identity with an aim to unsettle the existing equations – the undiluted backing of the community is crucial for the BJP to come to power in the 2018 polls. It also plugs into a larger political debate with national implications. For by supporting the demand, the Congress in the state stands to be seen as chipping away at the BJP’s, and its parent organisation RSS’s, attempt to forge a unified Hindu identity. This could be leveraged by the BJP for deadly electoral impact, as it was in the 2017 Uttar Pradesh assembly polls.

The history of Lingayat identity

The separate religion demand has captured all-round attention in Karnataka politics. The Lingayats are what political scientists call a ‘caste-sect’, and fall within the OBC category in the state. It is a community that is made up of different castes within Hinduism, united by their allegiance to the teachings of Basaveshwara, a 12th-century social reformer and a poet-saint within the Bhakti movement. Basavanna, as he is popularly known, fought the inequalities of the Hindu social order by establishing a new egalitarian religious stream or sect of Shiva worship called Veerashaivism, which attracted followers from different sections of society.

The position that the Lingayat religion is separate from Hinduism has been stated from time to time within the community. It gained momentum in the past decade. During the 2011 census, some Lingayat community organisations had campaigned to convince community members not to register as Hindus. However, for the first time the demand for a separate religious identity was made at a public Lingayat gathering attended by 50,000 or more people at a rally in Bidar on July 19.

In addition to their demand, the faction of religious and political leaders at Bidar held that Lingayats and Veerashaivas were not one and the same, as they are commonly held to be. According to them, Veerashaivism was a sect of Shiva worship within Hinduism, whereas the Lingayat religion was an independent religion based on the Vachanas or the poetic corpus left behind by Basavanna. This, according to them, was the founding text of Lingayat worship. Therefore, they ought to be recognised both as separate from Veerashaivas (who were one of the many sects within the Lingayat community) and Hindus.

The numbers at the rally notwithstanding, the issue got a shot in the arm after Siddaramaiah, almost on cue, said that he was willing to make a representation on the matter to the central government if the Lingayats were unanimous about asking for separate religious status. Soon, Yeddyurappa hit back by describing the Congress’s support as aimed at dividing the community on a religious issue for electoral benefits. He dismissed the separate religion claim completely. “There is no difference between the Veerashaivas and Lingayats, and they are very much part of Hinduism,” he was quoted by the Times of India as saying. These statements by the two chief ministerial candidates, in turn, unleashed a series of claims, counter claims and arguments by various sections of the Lingayat community, including some by chiefs of religious muths. 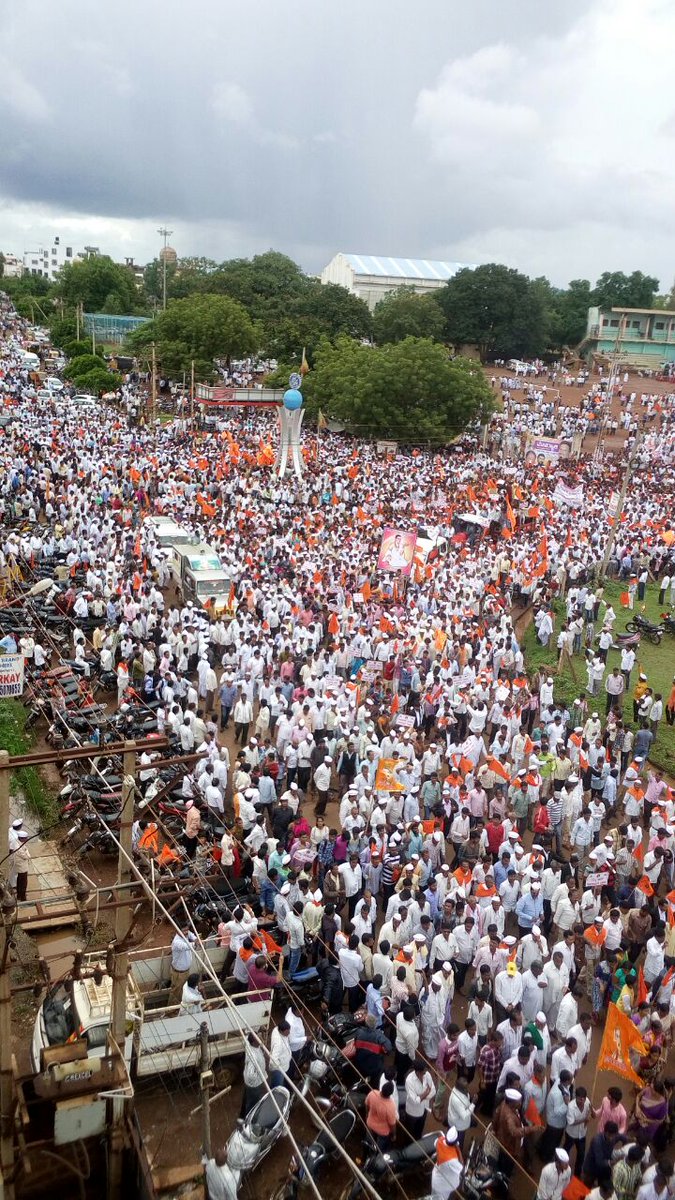 The Lingayat rally in Bidar on July 19. Credit: Twitter/@anandbabusd

The Congress has deployed a group of ministers to tour the state and build opinion in favour of the issue, while the BJP plans to do the opposite. Even Janata Dal (Secular)’s H.D. Kumaraswamy, whose party is seen as the custodian of the Vokkaliga community’s votes – the other big powerful voting bloc to rival the Lingayats – has jumped into the fray, disparaging the Congress’s actions.

Political experts, however, see the ferment within the Lingayat community over the move as closely linked to the assembly-election cycle rather than a widespread call to move out of the Hindu fold. “Demands erupt because of assembly elections…There would be pro-Congress groups (making the demand). They can also challenge the dominant Hindutva identity of the BJP,” said Rajeshwari Deshpande, professor of politics at the University of Pune, who has written extensively on the caste associations of Lingayats.

She described the demands as “far-fetched” and a “tall kind of claim”, putting it down to a “political struggle for spaces” in the Lingayat community.

According to her, the Lingayat/Veershaiva identity has been in flux historically. “That is the beauty of it. (Lingayats) have a certain kind of affiliation with Hinduism and the castes within Hinduism have accepted Veershaivism…This duality makes it possible for versions of identity politics to exist,” she said. She  felt that the distinction between Veerashaivas and Lingayats have never sustained in the past.

The factions in the Lingayat community wanting to convince people to register as Lingayats and not Hindus in the 2021 census would encounter two dilemmas. Since the Lingayats already enjoying reservations, they would be apprehensive of losing benefits by describing themselves as non-Hindus. Moreover, practising Lingayats did not have much problem with a Hindu identity and were not extremely uncomfortable with it, she said.

Political scientist and psephologist Sandeep Shastri, who has studied Karnataka politics for a long time, pointed out that an important reason why the demand was finding favour with some sections of the Lingayat community had to do with the large number of educational institutions run by Lingayat leaders and religious muths. As members of a minority religious community, Lingayats would be able to enjoy the benefits that are accorded to such groups, including the freedom to administer their own educational institutions.

“Many influential leaders are running educational institutions. It is their belief that by demanding minority religion status for Lingayats they would get to enjoy a special status,” he said.

Shastri and other political observers felt it may be a case of the Congress “floating a trial balloon” and attempting to keep the BJP on tenterhooks. “It is a clever move by Siddaramaiah, who knows the caste arithmetic in the state inside out, but I don’t think he will follow through on the demand. This has been his strategy on the flag issue as well (the demand for a separate state flag for Karnataka),” said G.B. Harish, a Bangalore-based columnist and literary critic, who has written on Kannada culture and its literary icons.

Shastri said it would be critical for the BJP to “sidetrack the issue”, since the Lingayats were the mainstay of their electoral support, and the party would work towards refocusing the campaign towards issues that would suit them better.

In a situation where there is a possibility of a split in Lingayat votes, the BJP’s push for Hindu consolidation cannot be ruled out. This is a risk the Congress party runs if it backs Siddaramaiah toying with the Lingayat religion tag issue, political watchers believe. “The Congress party (at the Centre) should not be touching this issue even with a barge pole. The Lingayat community is not wholly behind the demand. The moment you take a rival position, you’ll unite Hindu sections,” said Shastri.

The real reason why the Congress may be unable to cash in on this social engineering experiment may have more to do with its drawbacks vis-à-vis building real linkages with the Lingayat community, although it may just succeed in rattling the BJP in the short term.

Aarthi Ramachandran is a Bangalore-based journalist and the author of Decoding Rahul Gandhi (Westland, 2012). She tweets at @homernods