Despite the high out-of-pocket costs, a large number of patients across rural and urban India are choosing private healthcare options. 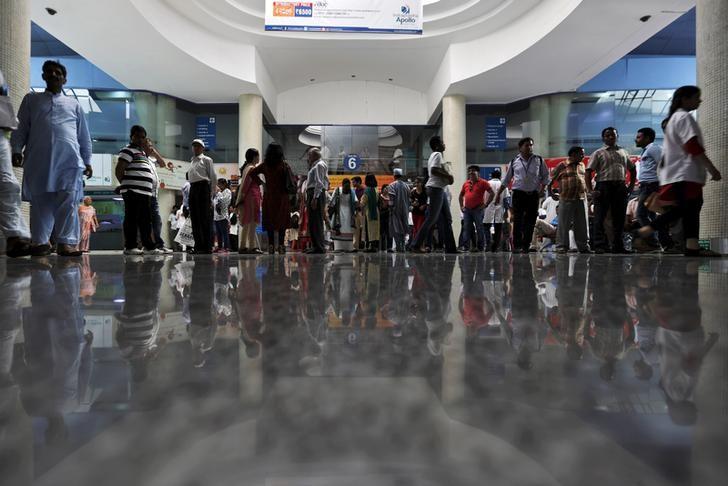 This is the first article in a two-part series analysing the asymmetric status of healthcare delivery across states in India.

Kenneth Arrow, in a seminal paper titled ‘Uncertainty and the Welfare Economics of Medical Care‘, emphasised that medical care deserves a special mention in any welfare-driven economic analysis. According to him, the privatisation or marketisation of medical care cannot deal with some of its systemic uncertainties characterised by moral, ethical and psycho-social issues, usually non-existent in other services. As Arrow notes, “The failure of the market to ensure against uncertainties has created many social institutions in which the usual assumptions of the market are to some extent contradicted…the medical profession is only one example.”

Any developing state’s role in optimally allocating financial resources and identifying appropriate roles for its public agencies in order to improve healthcare delivery systems should qualify as a subject of intense policy deliberation and debate, regardless of the status of an economy’s growth. The Indian state, however, has had an indifferent, limited approach to using the existing regulatory framework on healthcare.

Asymmetries in the healthcare system

The healthcare sector in India remains one of the largest sectors in terms of both employment and revenue generation. This sector has grown at a compounded annual growth rate of 16.5% and is likely to be worth $280 billion by 2020. This significant growth within the healthcare industry has been facilitated by a rapid privatisation of healthcare (particularly in secondary and tertiary healthcare services). Multiple household surveys conducted across India show a significant prevalence of, and also preference for, private healthcare delivery both in rural and urban areas.

The 71st National Sample Survey (NSS) conducted during January-June 2014 found that out of the total hospitalisation cases in rural areas, 42% were in public hospitals and 58% in private. The corresponding shares in urban areas were 32% in public and 68% in private. Looking at NSS findings over the last two decades clearly depicts a decline in the share of public hospitals in treating patients. This has created an asymmetric healthcare distributive network across states in India that is disproportionately scattered between the public and private healthcare sector.

The information asymmetry between public and private healthcare providers and patients gives monopolistic power to few conglomerated private providers, which if left unregulated or poorly monitored can result in distorted prices in medical treatment and diagnostics. High healthcare costs combined with low insurance penetration have often resulted in greater out-of-pocket expenditure (for diagnostics, medical counsel and treatment) for people across the country.

In spite of concerns regarding high medical costs in the private sector, it is surprising that a growing number of individuals are still resorting to private healthcare provisioning. The reason for this seems to do with the pitiable quality and accessibility of public healthcare systems across rural and urban areas – which remain dismally funded, poorly monitored and inadequately standardised.

The figure below shows reasons why households prefer private healthcare sources, as reported by the 60th NSS round. First, it clearly stands out that most households prefer the latter as they are not satisfied with government doctors and second, public healthcare systems are seen as relatively inaccessible.

While this may be considered good news from the perspective of seeing a potential rise of the private sector in healthcare services, leading to higher competition and probably a lower burden on public healthcare, it is a major cause of concern to those residing in semi-urban and rural areas, where access to basic primary healthcare services remains deplorable.

Additionally, as highlighted in an article earlier, our understanding of patient behaviour and the quality of healthcare providers suffers from a ‘good doctor/naive patient’ model. Recent studies highlight how in most of rural India (particularly in northern and central parts of the country), medical doctors are untrained, with healthcare providers prescribing high rates of antibiotics warranting a need for independent quality control checks on medical licenses and treatment practices.

When it comes to assessing the need for adequate government intervention in ensuring basic medical care for all, it is a resolved matter that a laissez-faire solution alone to medical care (via greater privatisation) is insufficient. Public intervention in healthcare delivery is necessary and can take various forms. Some of the following steps warrant the state’s more immediate attention:

We are at a critical juncture, where the debates regarding universal health coverage have reinvigorated interests in healthcare financing and provisioning. Whether the appropriate solution lies in a complete marketisation of healthcare service delivery or in enhancing the role of government through intervention to avoid equity concerns, a balanced approach to safeguard a robust, basic primary healthcare network remains vital for transforming the socio-economic trajectory of India.

The second article in this series will focus on the Clinical Establishments Act.