'Nightmare Scenario for India If US Decides Russian Threat Means Easing Up On China': Shyam Saran

The former foreign secretary says that even though Biden has publicly spoken about unresolved differences with India over the Ukraine issue, there is also understanding in Washington about India’s historic ties with Moscow. 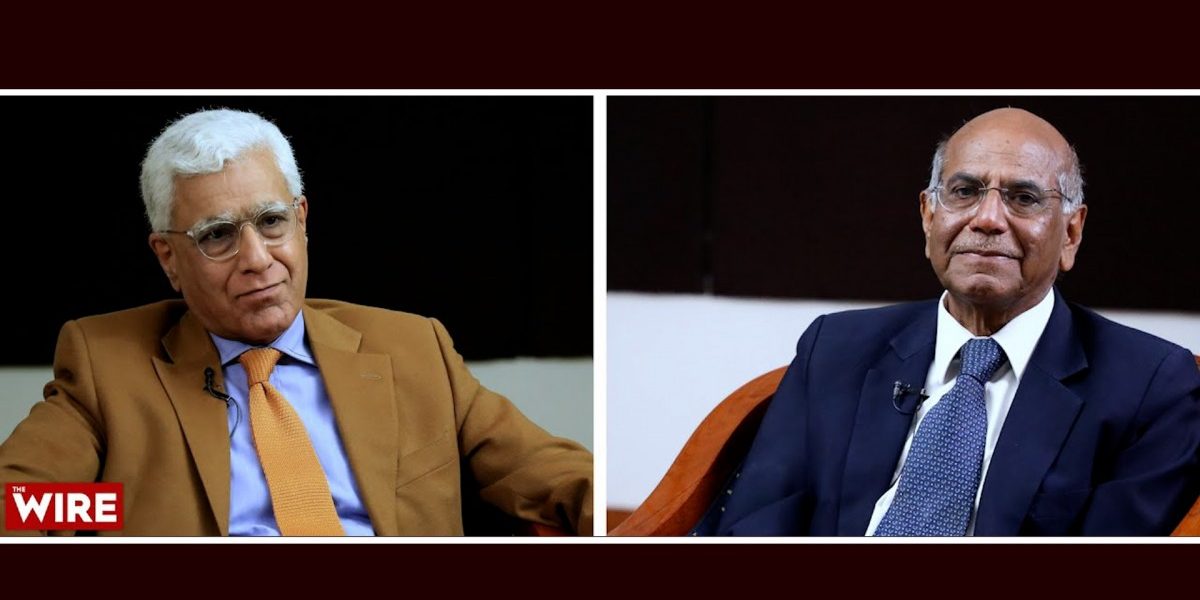 In a comprehensive interview to discuss the implications of the Ukraine crisis on India’s relationships with Russia, China and the United States, former foreign secretary Shyam Saran agrees that it has created a predicament but adds we have experience handling such situations.


However, he accepts that the tight rope India is walking at present could become more difficult in the weeks ahead. He also says that as Russia’s dependence on China, which is already undeniable, significantly increases there could be pressure on Moscow from Beijing to change its stand on the India-China as well as India-Pakistan issues and also to diminish the sale of Russian military equipment to India, which is targeted against China or its close ally Pakistan.

Saran says that even though President Biden has publicly spoken about unresolved differences with India over the Ukraine issue, there is also understanding in Washington about India’s historic ties with Moscow and the fact that up to 60-70% of Indian defence equipment comes from Russia which, at the moment, when there is a potentially volatile and unpredictable situation on the border with China, is a critical concern for New Delhi.

Amongst the many dimensions of the present Ukraine crisis which Saran discusses is the fact that Russia is not making the advance in the Ukraine it was expected to and the public relations disaster the country has faced internationally. Although he makes no prediction, he says it’s conceivable Putin could end up being pushed out of office in some sort of palace coup.

However, Saran also talks about the possibility of a nightmare scenario from the Indian point of view. As he wrote in a recent article in The Tribune:

“The nightmare scenario for India would be if the US comes to the conclusion that it confronts a greater threat from Russia and that this justifies a strategic accommodation with China. In blunt terms, concede Chinese dominance in Asia while safeguarding its European flank.”

If the nightmare scenario were to happen, it would mean India would be virtually on its own facing China with a hostile Pakistan to our west and neither America nor Russia fully with India.

Saran also talks about the dramatic change, which has occurred in the last 36 hours, in Germany and the wider European Union’s relationship with Russia. In a sense, this is one possible pointer that Europe is focussing on the Russian threat as a priority and that could lead to some sort of strategic accommodation with China. As pointed out above, this sort of development lies at the heart of the nightmare scenario Saran discussed.