The site of the citadel dates back almost 8000 years and archaeologists have uncovered ancient artefacts, as workers revive it as a tourist spot and museum. 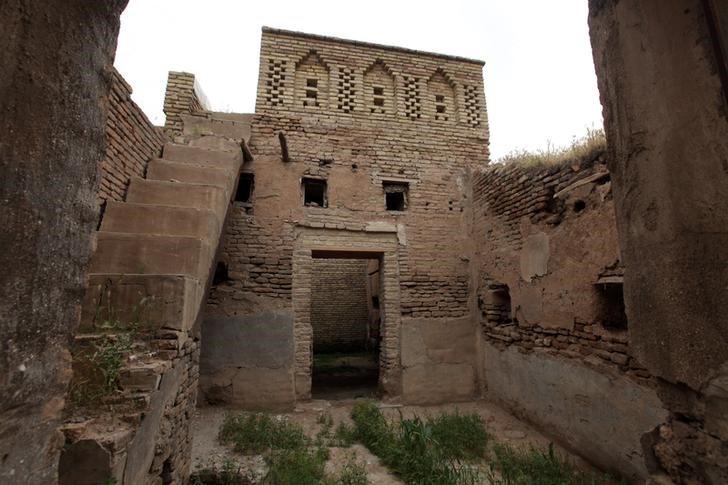 A view shows inside the Citadel of Erbil in Erbil, Iraq April 23, 2017. Credit: Reuters/Azad Lashkari

Erbil, Iraq: High on a rocky outcrop, just 50 miles from the fighting that is wrecking historic sites across Iraq, workers are busy laying out floor tiles, determined to save at least one ancient structure amidst the turmoil.

The team is rebuilding the last remains of the fortified citadel in the Iraqi-Kurdish capital of Erbil, constructed on top of the world’s longest continuously-occupied site according to UNESCO, parts of it up to 8,000-years-old.

While ISIS sends out suicide bombers and snipers in Mosul to the east, the authorities in Erbil are already looking ahead to the day when they can pull in more visitors.

“We not only want to preserve the citadel but also revive it,” said Dara al-Yaqoobi, head of the project. “Around 14 sites are ready for visits. More will come as this is a long-term plan.”

The autonomous government has taken advantage of the region’s relative stability to invest $15 million in rebuilding the citadel, say authorities.

A view shows inside the Citadel of Erbil in Erbil, Iraq, April 23, 2017. Credit: Reuters/Azad Lashkari

After years of work, the first buildings are opening, among them two museums, one dedicated to gem stones, the other to textiles.

“We’ve got carpets some 100 to 150 years old which were bought from residents and shops,” said Sertip Mustafa, in charge of the museum.

Archaeologists have uncovered ancient artefacts – and some more modern remains, including artillery shells dating back to the US-led invasion of Iraq in 2003, and Saddam Hussein’s crackdown on a Kurdish uprising in 1991.

History is piled layer upon layer. The new floor tiles are going down in a 19th-century mansion. In another part of the site, a dilapidated public bath marked with a Star of David is testament to the large Jewish community that lived there before leaving for Israel in the 1940s.

Other houses were left abandoned when the government moved out the citadel‘s last permanent residents around 2008 to start renovating the site.

Restoration work was held up after Baghdad cut off state revenues in 2014 to the regional government in a row over oil exports.

But residents and visitors have already started returning, partly spurred on by the fact that there are few other places to go to in a region surrounded by war.

“We have hundreds of thousands of ancient sites in Iraq but they are all in a poor state because of the security situation,” said Riyadh al-Rekabi, a public servant from Baghdad, where the main museum was looted.

“It’s nice,” he adds, looking round at the small area open to tourists, including the museums and a souvenir shop. “But it would be better if there was a cafe.”