More than a decade after the end of a civil war between Maoist peasant guerrillas, Nepal is hoping this election will complete its long journey from a monarchy to becoming a federal republic. 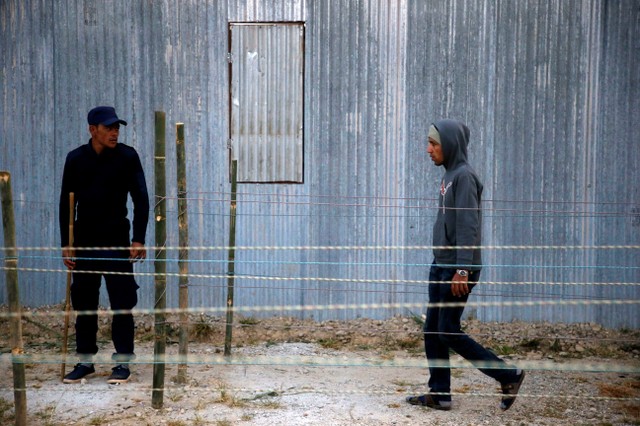 A man arrives to cast his vote at a polling station during the parliamentary and provincial elections at Chautara in Sindhupalchok District November 26, 2017. Credit: Reuters/Navesh Chitrakar 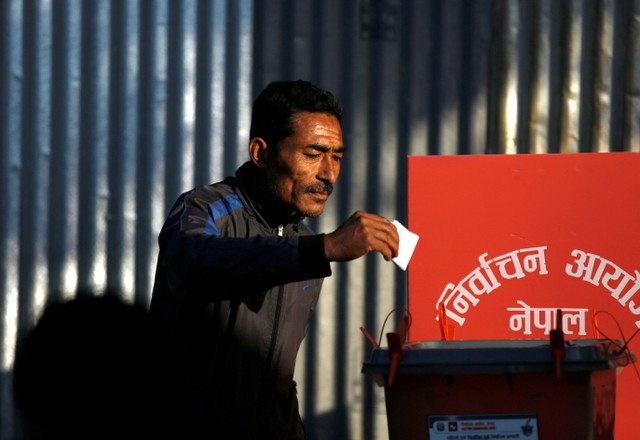 A man cast his vote on a ballot box during the parliamentary and provincial elections at Chautara in Sindhupalchok District November 26, 2017. Credit: Reuters/Navesh Chitrakar

Kathmandu: Nepalis began voting for a new parliament on Sunday with the army on alert as a series of small blasts blamed on a rogue Maoist group reminded the Himalayan nation of the violence and instability it is hoping to leave behind.

More than a decade after the end of a civil war between Maoist peasant guerrillas, Nepal is hoping this election – the first parliamentary polls since 1999 – will complete its long journey from a monarchy to becoming a federal republic.

A second phase of the election will take place on December 7, and the election commission has said that the final results probably won’t be known for several days because of the cumbersome counting procedures.

A Maoist splinter group was behind a series of small blasts in the run up to the polls, and security forces have defused around 30 improvised explosive devices since Friday, army spokesman Nain Raj Dahal said.

Suresh Balsami was the first voter at Kagatigaun polling centre near the capital Kathmandu.

“I voted for peace, development and prosperity of the country,” said the 32 year old bus driver as other voters began to trickle in.

Nepal voted in 2008 and 2013 for a Constituent Assembly, which doubled as parliament, to write a post-monarchy charter that plotted the course to becoming a federal republic.

More than 15 million eligible voters will pick a 275-member legislature, the first under a new constitution agreed after years of wrangling.

Simultaneously, voters will choose representatives to seven provincial assemblies for the first time since Nepal abolished the monarchy in 2008.

The centrist Nepali Congress party, considered a pro-India group, has formed a loose electoral alliance with the Madhesi parties from the country’s southern plains bordering India and former royalists.

Facing the alliance is a tight-knit left coalition between the former Maoist rebels and the main opposition Communist UML party, perceived to be closer to China.

Wedged between India and China, Nepal needs to balance ties, but the outcome of the election could determine which of the Asian giants gets the upper hand in the battle for influence in the buffer state.

Both are looking to benefit from Nepal‘s potential as a source of hydropower.

Home to Mount Everest, and one of the poorest countries in the world, Nepal depends on tourism and aid. More than one-fifth of its 28 million people survive on less than $1.90 a day, and parts of the country are still recovering from a devastating earthquake that killed 9,000 people in 2015.