In Venezuela, the media has been under immense pressure for years, first under Hugo Chávez and now from the President Maduro administration. 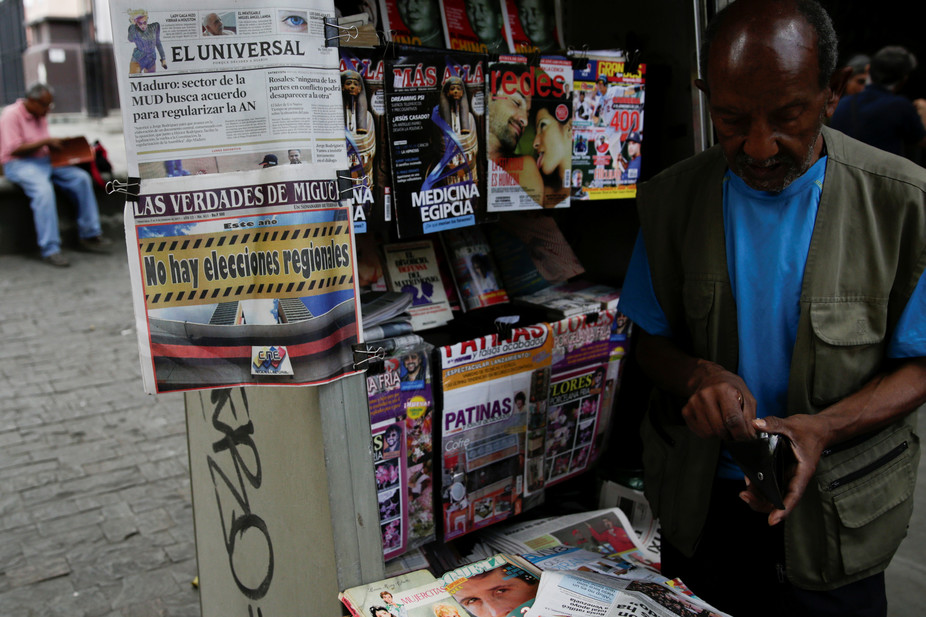 t’s hard to know what to believe these days. Credit : Marco Bello/Reuters

Like dust in the wind the news flies: Leopoldo López, the jailed Venezuelan opposition leader, has died. That’s according to the Twitter account of Globovisión journalist Leopoldo Castillo, currently exiled in Miami.

People begin retweeting the unconfirmed announcement in Venezuela and abroad. Even US Senator Marco Rubio “confirms” the news: López’s near-lifeless body was transferred to the Ramo Verde military hospital.

People lash out at the government of President Nicolás Maduro, accusing it of murder. Some say Castillo’s account was hacked by agents of the state for precisely this purpose: to sow discontent. Castillo denies the suggestion, further confusing matters .

“Proof of life” is demanded. On a television program hosted by the powerful former senator Diosdado Cabello, the government transmits a video on May 4 in which Lòpez assures viewers that he’s alive and in good health, even as his family rushes to the military hospital to see him.

Castillo reconfirms the death notice. The video is just a montage, people say; the voice isn’t López’s. Even his wife, Lilian Tintori, doubts its veracity .

Experts chime in, opining that López’s face has been photoshopped onto someone else’s body to fool Venezuelans. 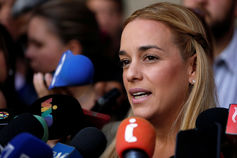 For several days, a climate of confusion and distrust reigns. Finally, on May 8, Tintori confirms that she has seen her husband and he is “alive and well”.

This is just one example of the distorted media reality shaking up Venezuela, a country that really doesn’t need more shakeups.

A few days before the López debacle, the ex-senator and Vente Party leader María Corina Machado shows the country an image taken of a detention order against her, allegedly issued by the public ministry. People get riled up, they plan solidarity marches in her defense. Turns out the information is false.

Sources close to the government share a photo of hooded youths armed with revolvers and bombs; a few hours later the same photo makes the rounds on social media but this time the men are not armed.

In recent days, there was a rumour that spotlights on the Presidential Palace were on because the government anticipated a bombing. In fact, the lights were from the Caracas Theatre Festival.

This barrage of “fake news” – to use the recent American coinage – is part of Venezuelans’ daily life. Reality in this crisis-beset nation is mediated by unconfirmed, often tendentious, information, causing anxiety and overwhelming our ability to process.

The alternative facts distort perceptions and stoke expectations (or disappointment), depending entirely on the sources one accesses and the personal capacity to distinguish fiction from truth.

In Venezuela, the media has been under immense pressure for years, first under Hugo Chávez and now from the President Maduro administration.

Newspapers have lost concessions, been pushed to dismiss journalists critical of the government and even prohibited from buying newsprint on which to print their paper. At least 13 outlets have folded in the past two years. 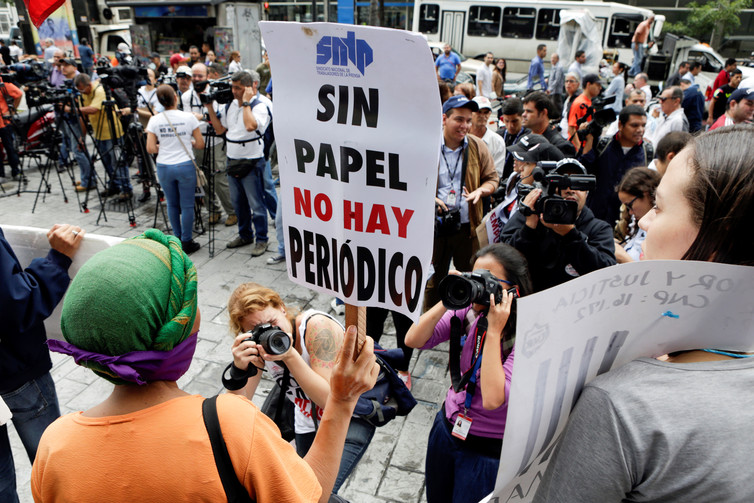 A 2016 protest for press freedom in Venezuela: ‘Without paper there’s no newspaper.’ Credit: Marco Bello/Reuters

Another 25 or so, including El Universal, a 105-year-old paper critical of Chavismo, were sold to government-allied organisations, reducing their editorial freedom.

All of this has lead to self-censorship in the press, further reducing citizens’ ability to get reliable information. And so we are largely presented with a fictitious country where there is no social upheaval, or nothing like the conflict one sees by simply stepping onto the street.

Venezuela has been plunged into a war of information.

It’s not clear how historians will chronicle these tough times. Is Venezuela in fact already at war? In a real, if low-level, conflict?

There’s just so much violence. According to the Attorney General’s office, last year Venezuela had more than 20,000 homicides, making it one of the world’s most deadliest countries. In just the past two months, more than 30 people have been killed in violent protests .

Like all wars, ours includes psychological and physiological violence. Venezuelans live between need and uncertainty. It is a challenge to buy bread and other basic necessities such as diapers, milk or medications; at the same time, constant upheaval does not leave much room for normalcy — dropping kids off at school, going to the movies, falling in love or planning for the future.

To the daily beat of marches, protests, repression and information overload, we have become a profoundly divided and alienated society, living life in the present tense. It’s exhausting. It takes extraordinary effort to get through every day.

The perverse news dynamic makes a bad situation worse. Because it is difficult to distinguish fact from fiction, we are basically unable to make decisions. Marches and counter-marches are announced, then don’t happen. Activities are convened and de-convened. People rage about the dead and injured, estimating incorrectly, both in excess and in deficit. 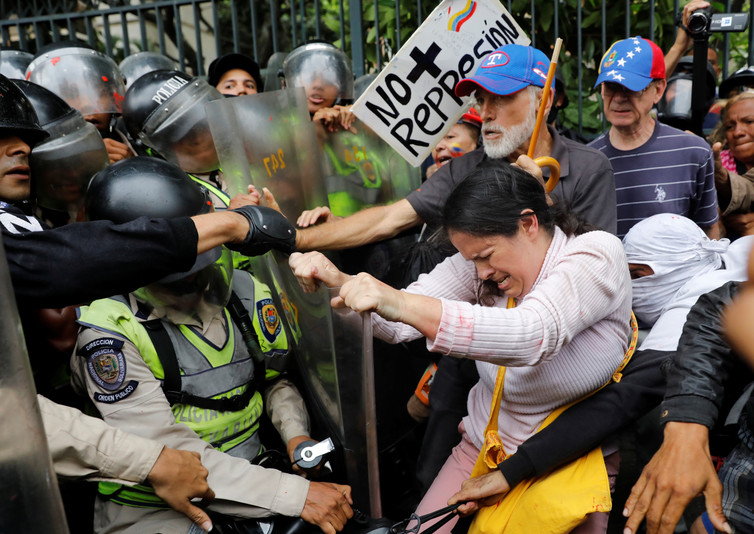 This systematically constructed “post-truth era” is historic revisionism in the moment – undertaken by those with vested interests and skewed by bias – of what constitutes fact. Much of our “news” is just an ideological creation.

Rumours that the president’s family is fleeing the country, that certain public officials are stepping down and that the military is mobilising against Maduro are what millions of Venezuelans would like to be true. But they’re just that: rumours, nothing more.

The fake news comes from a variety of sources, many of them unidentified, most of them with vested interests in the current conflict.

Those who talk of terrorism and attacks on government officials do so because they hope that a military coup will put an end to the chaos. People who talk of torture and kidnappings are fear-mongerers, stoking hate among Venezuelans without little thought for the consequences.

Between grief for the dead, scarcity, corruption and constant skirmishes, the hardest thing for Venezuelans to deal with today may be this information war. Divisive fake news polarises us, alienates us and angers us. In so doing, it makes a peaceful, negotiated way out of this crisis ever less likely. And that’s bad news for all.