India Urges Israel, Palestine to Engage With Each Other, Consider US Peace Plan

India, however, does acknowledge that any proposal must 'be acceptable to both.' 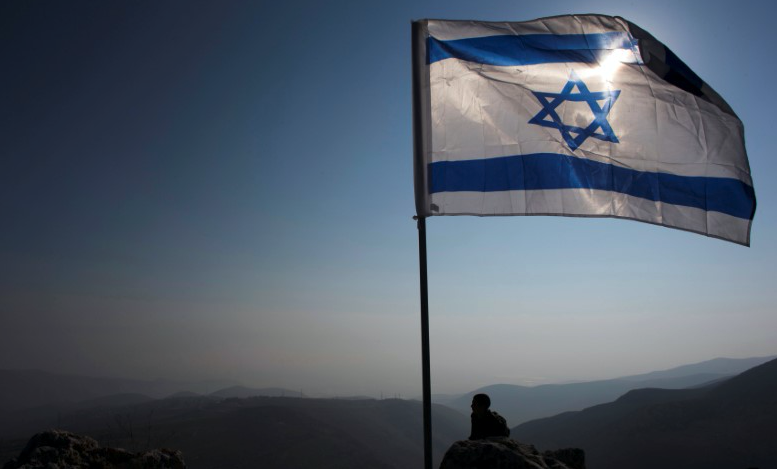 File photo of an Israeli soldier standing guard under an Israeli national flag during a tour made by Israeli parliament members in the Jordan Valley near the Jewish settlement of Maale Efrayimin 2014. Photo: Reuters/Ronen Zvulun/File Photo

New Delhi: Following the unveiling of US President Donald Trump’s new “peace plan” for the Middle East, India has said that the solution to the Israeli-Palestinian issue has to be “acceptable to both” sides, even as it urged both to actively engage with the US’s proposals.

Trump’s “deal of the century” allows for Israel to control a unified Jerusalem as its capital. Settlements on the West Bank will not be removed. Palestine will be allowed to have a restricted state with limited sovereignty, but only after the nation fulfils several conditions.

The ‘peace plan’, which had been in the pipeline since Trump took over, was announced by Trump alongside Israeli Prime Minister Benjamin Netanyahu. Palestinian President Mahmoud Abbas has dismissed the deal as “unworthy of consideration.”

Abbas immediately denounced the plan as a “conspiracy deal” unworthy of serious consideration, making the decades-long pursuit of a so-called “two-state solution” appear more distant than ever.

“After the nonsense that we heard today we say a thousand ‘no’s to the ‘deal of the century’,” Abbas said in Ramallah on Tuesday.

In its official response, India on Wednesday urged that the final status should be “resolved through direct negotiations between the two Parties and be acceptable to both”.

With the Palestinians rejecting the proposal, negotiation is not the table.

However, India urged that both sides should also consider the US proposal as part of various other solutions that would necessitate “direct negotiations”.

“We urge the Parties to engage with each other, including on the recent proposals put forward by the United States, and find an acceptable two-state solution for peaceful coexistence. We will continue to follow developments in the region and engage with the Parties concerned,” said MEA spokesperson Raveesh Kumar.

India described itself as been a consistent supporter of the Palestinian cause and the two-state solution.