US patience with Pakistan appears to have finally run out. But whether this will mean Washington will try something different with Pakistan remains to be seen. 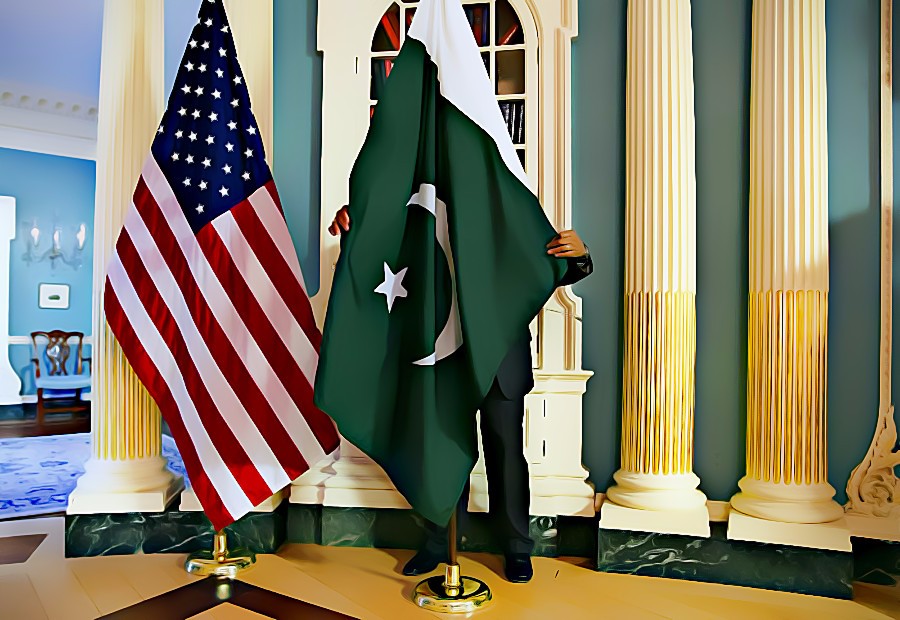 Washington: Pakistan and its supporters, increasingly frustrated at the rising crescendo of criticism from US opinion makers and demands for a tougher policy, are trying to make a comeback and rev up their stock by talking up their country’s indispensability for the US.

The objective is to steer the Trump administration’s ongoing policy review in favour of Pakistan to the extent possible and prevent major damage.

But they are up against loud calls, the most recent by national security adviser Lt. Gen. H.R. McMaster, to shut down sanctuaries for terrorists if they want to be relevant. It’s a softer version of “either you are with us or against us,” George W. Bush’s call after 9/11, which compelled Pakistan to cooperate in the war against terrorism.

Zalmay Khalilzad, a former US ambassador to Afghanistan, Iraq and the UN, called the Taliban sanctuaries in Pakistan the “mother of all problems” and said they should be considered “legitimate targets.” Gen. John Nicholson, commander of US forces in Afghanistan, has publicly pointed the finger at Pakistan for the “stalemate” in the war.

Pakistan can see the ground shifting in Washington. Last week, friends of Pakistan organised a conference to highlight the country’s importance but their star offering was a discredited army general who subverted democracy, led a coup, started a war against India, is charged with treason and has been declared an absconder by a special court.

If the Pakistan army wanted to deploy forces in Washington to counter the high levels of anti-Pakistan sentiment among US opinion makers, politicians and strategic experts, Pervez Musharraf was the weakest link. True to form, he spent more time as keynote speaker talking about himself and his greatness than his country’s relevance.

A few blocks away, Khalilzad, speaking on Afghanistan, painted a picture of Musharraf as a lying, deceiving interlocutor who pretended Afghan Taliban leaders were not living in Pakistan. “Give me their phone numbers, give me their addresses,” Khalilzad recalled Musharraf asking in a meeting. “Mr. President, the leadership is called the Quetta Shura, and Quetta, I understand is in Balochistan,” the former US ambassador recounted.

The takedown of Musharraf in real time shows how far the ground has shifted. Pakistan’s US supporters in the think tank circuit have visibly thinned in number. Islamabad is clearly worried about the Trump administration’s rumoured plans to get tough on terrorism and those who support it.

Speaking to ToloNews on Sunday, McMaster said Pakistan should secure its interests in Afghanistan through “diplomacy not through the use of proxies that engage in violence”.

“As all of us have hoped for many, many years, we have hoped that Pakistani leaders will understand that it is in their interest to go after these groups,” he added. It was a tough message delivered gently.

The tide has steadily been turning over the last two years. Military and civilian aid to Pakistan has declined over the past five years, although the Trump administration has requested a modest increase for 2017 in security-related assistance.

But the mood in the US Congress is far from generous. Earlier this year, congressman Ted Poe of Texas reintroduced his bill to designate Pakistan a state sponsor of terrorism, an idea supported by sections of the US military and a surprising number of former US ambassadors.

In a scathing piece titled ‘How Pakistan Warped into a Geopolitical Monster,’ Col. Robert Cassidy, who served four tours in Afghanistan, wrote “the fact that America has paid Pakistan in excess of $33 billion for Pakistan’s malice and treachery since 9/11 is repugnant and ridiculous”.

Col. Cassidy recommends breaking the stalemate and Pakistan’s “pathologies”. The US should stop “paying for malice,” state its intention to make the Line of Control “permanent,” declare Pakistan “the state sponsor of terrorism that it is,” issue one last ultimatum to end sanctuaries for insurgents and invite Indian armed forces into Afghanistan.

Since last year, a virtual mountain of articles and reports has piled up, advocating a more stringent US policy. Exhaustive and authoritative, they are written by former ambassadors, area experts and Pentagon advisers. Among them is Lisa Curtis, who is now works for McMaster at the National Security Council.

It is not the kind of narrative Pakistan is accustomed to, given its deep reach in the US policy circles. Even four years ago, the Obama administration was busy telling everyone the Pakistan army had had a “change of heart” based on airy promises and no change in the ground situation.

But the dam of American patience appears to have finally burst. Hence the panic – Pakistan’s new ambassador began his tenure last month, making a fervent plea for a return to old times, offering his country’s services as Pakistanis have done for decades. Musharraf appears to have been part of the same effort.

He appeared at Johns Hopkins University School of Advanced International Studies where Dean Vali Nasr, once an adviser to the Obama administration and a Pakistan believer, hosted a conference to launch a study: ‘Pakistan Today: The Case for U.S.-Pakistan Relations‘.

The study argues that the US can’t afford to ignore Pakistan because of its geographic location – it borders Afghanistan, China, India and Iran, four countries that will figure in US relations with the world. Besides, Pakistan is a large Muslim country and given the state of “exceptional turmoil” in the world today, engaging with the “world of Islam in productive interactions” is necessary.

The report blames the “Indian and Afghan lobbies” for cultivating anti-Pakistan sentiment in the US Congress, implying that the reality of US soldiers dying at the hands Pakistan-supported proxies and Pakistan’s own double games are somehow not discernable to the Americans.

But former US officials were there to provide a reality check. Joshua White, an NSC director in the Obama administration, pointed out that Pakistan’s failure to act against Lashkar-e-Tayyaba, Jaish-e-Mohammad and other groups, and to allow continued fundraising, recruiting and public activities had raised international concerns.

This could have ripple effects in financial markets and in Pakistan’s ability to raise funds, according to White. Pakistan is once again in the eyes of the Financial Action Task Force, an international body that looks into terrorist financing, for non-compliance. Pakistan also had not been constructive in stabilising Afghanistan, the former official added.

At the Hudson Institute, there were no understatements as Khalilzad, who was born in Afghanistan, unleashed a volley against Pakistan, saying the military balance must change in favour of the Afghan government. The US should exercise its right to self-defence and attack the sanctuaries in Pakistan. “We are there at the invitation of the Afghan government”.

“We ought to make that very, very clear,” said Khalilzad, who was once rumoured to be Trump’s secretary of state and reportedly stays in touch with the administration. Husain Haqqani, Pakistan’s former ambassador to the US who hosted the Hudson event, said the resilience of the Taliban was “primarily because of Pakistan’s support.”

Haqqani and Curtis, the NSC official currently touring with McMaster but formerly with the Heritage Foundation, co-authored, ‘A New U.S. Approach to Pakistan: Enforcing Aid Conditions Without Cutting Ties,’ which argued for making it more and more costly for Pakistan to use terrorist proxies.

In addition, no fewer than 19 former US ambassadors, military commanders and experts published a piece, arguing the US put the issue of Taliban safe havens as the top priority and “oppose Pakistan’s role in these dynamics at every turn”.

They called for further reductions in military aid and targeted sanctions against specific Pakistani organisations and individuals while encouraging other countries to take similar steps. They also recommended designating Pakistan a state sponsor of terrorism, a finding that “would not only be embarrassing to the country but also harmful to its economic prospects”.

At the same time, Washington might also “sketch out a vision of an improved relationship with Pakistan” if it shows “consistent support” for NATO goals in Afghanistan.

Whether US will finally try something different with Pakistan this time remains to be seen. A former US official said that in the past, the US government, after careful review, had assessed again and again that a relationship with Pakistan provided value to US security and shied away from actions that would rupture it.