Honour Above All: A Lesson for the Indian Army in the US Military Response to Trump's Bigotry

The Indian army's higher leadership must reflect on its role as the sword arm of the republic, and have a clear vision of itself as the upholder of law. 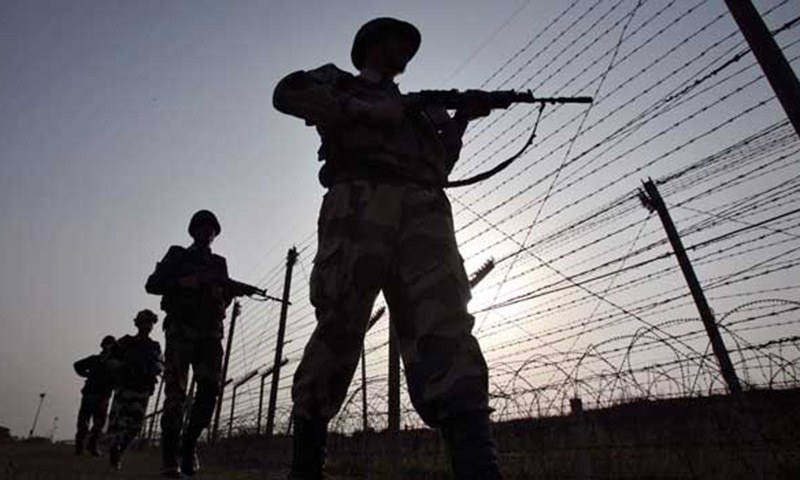 The army must remember to put put honour above everything regardless of the politicians in power. Credit: Reuters

One of the more edifying aspects of the otherwise depressing picture emerging from the Charlottesville incident has been the quick and uniform condemnation of the happenings by the top brass of the US armed forces. This is in sharp contrast to the waffling and subsequently condemnable conduct of their commander-in-chief, Donald J. Trump and significant sections of the civilian elite.

On August 13 itself, John Richardson, the US chief of naval operations tweeted:

Two days later, the commandant of the US Marine Corps, Robert B. Neller tweeted:

No place for racial hatred or extremism in @USMC. Our core values of Honor, Courage, and Commitment frame the way Marines live and act.

The following day, the army chief Mark Milley declared: “The army doesn’t tolerate racism, extremism, or hatred in our ranks. It’s against our values and everything we’ve stood for since 1775.” He was followed by his air force counterpart David Goldfein and the chief of the National Guard Bureau Joseph Lengyel.

Their strong stand speaks a great deal of the current intellectual make up of the US military leadership, something that has been forged in the fires of the various wars the US has fought, and the many mistakes and transgressions its military has made.

There is, of course, something about the quality of the US military’s higher leadership. Take Richardson, for example, he is not only an experienced submariner, but he is also an MA from MIT and has done an attachment with the prestigious Woods Hole Oceanographic Institution. Or the army chief Milley, a veteran of Iraq and Afghanistan, who is a BA from Princeton, an MA from Columbia and a graduate of a prestigious MIT National Security programme.

Importance of upholding the military morality

Wars and the military are not normally supposed to be associated with moral issues or ethical conduct. But any smart general knows that upholding a just cause can be a war-winning factor. This, more than anything else, is the lesson of the Second World War. If his forces are seen to be on the side of a good cause, half the battle is already won.

This is especially true in our contemporary conflicts, which do not have the goal or the option of obliterating the adversary as the Mongols had in the 13th century or the Chinese with the Xiongnu people but instead prevailing over adversary forces who function among a sea of non-combatants.

Military morality and ethics have been written down in the Hague and Geneva Conventions to avoid unnecessary suffering and safeguarding human rights with the view of restoring peace. The Second World War gave us the Nuremberg tribunal whose central message was that merely following orders, even of a duly constituted authority, was not an excuse for committing war crimes and human rights violations. Militaries talk a great deal about honour, and rightly so. For example, no honourable military man would shoot a surrendered enemy. Likewise, modern militaries look down on rape and ill-treatment of civilians. But politicians’ sense of morality is sometimes flexible.

There is no doubt that following Clausewitz, politics must always be in command in war. But there are also important points where the politician must be challenged. There is the well-known incident when General Eisenhower rejected Churchill’s suggestion to use poison gas against the German sites firing V-2 rockets on London. Honour was in upholding the law, and in this case, the international law laid down by the Hague and Geneva Conventions. But honour is also linked to the sense of self-worth of a military, how its leaders view themselves and the forces under their command. This is what has driven the American generals to categorically oppose the stand of their commander-in-chief.

People will argue that most wars have seen flagrant breaches of Hague and Geneva codes, and they are not wrong. Even so, most armies strive to show themselves to be morally and ethically superior, especially in the information technology era where victory is often about dominating the narrative in cyberspace and elsewhere.

Modern war, as our experience with Iraq and Afghanistan reveals, is about winning hearts and minds. No one will argue that the Americans have done a good job in either. The former was a war of choice, built on a patently false premises and many war crimes were committed. The latter was seen as a war of necessity arising out of the al Qaida’s attack in the US. Yet somehow the US has not been able to get the upper hand, perhaps because they are too disconnected to the people they are fighting amidst.

Our experience in Sri Lanka was an object lesson. Though we were on the morally right side, we were unable to capture the narrative because we were fighting among a people who were not ours and our army was simply not trained or oriented for that kind of a war.

The Indian experience has been different in Jammu and Kashmir since, unlike the US in Iraq or India in Sri Lanka, there is no option of walking away. Nevertheless, all commanders there know that at the end of the day, winning hearts and minds is the key to prevailing in an insurgency-like conflict. Neutralising individual jihadi leaders like Burhan Wani, Mehmood Ghaznavi or Yasin Itoo does not happen purely through army action, but good intelligence obtained, probably through the auspices of the J&K police which in turn has come from the fact that there are people in the Valley who support the counter-insurgency efforts.

It is in this shadow battle that Indian forces must appear superior, not just in weapons and men, but their cause and conduct. And this is why the recent Armed Forces Tribunal (AFT) judgment on Machil is a body blow to the effort. The case was fairly open and shut and as much was determined by a court martial and confirmed by senior officers upto the army commander of the northern command. Yet, from the outset there were efforts to delay and subvert the course of  justice in the case.

The army had convicted five personnel including a colonel and a captain by a court martial in 2015 for the staged killing in 2010 of three Kashmiri civilians and branding them as militants. They had been given a life sentence. The tribunal’s reported judgement makes for shoddy reading citing issues like their attire and proximity to the Line of Control to cast doubt over the prosecution’s case.

In many ways the court martial system is an anachronism, but the services feel it is important for maintaining the discipline and morale of the forces. There is, however, a lesser justification for taking up criminal cases such as those of rape and murder through the system.

However, because of the presence of the Armed Forces (Special Powers) Acts (AFSPA), things are complicated because in many instances of killings of civilians, the AFSPA is invoked, and often rightly. In the Machil case, the ideal would have been to hand it over to the civilian authorities, but the army chose the courts martial route wherein it tries its own personnel. And the personnel were duly convicted.

The AFTs were originally set up to ease the burden on civilian courts of a rash of cases relating to promotion issues. However, they did have the power to look at other disputes, including court materials. The experience of the AFTs has not been an entirely good one. The government is not particularly happy with the proceedings of the AFTs, while their judges are usually sound in their legal background, the military officers there lack any kind of judicial experience or knowledge when they are appointed. As a result, the government has tightened the authority of the defence secretary over the appointments of the tribunals and inquiries against its members.

In other words, they have underscored the fact that the tribunals function under the Ministry of Defence and not the regular courts system. Now the higher courts of the land must lay out clear guidelines of conduct. Justice on issues of murder and other such issues is simply too important to be left to such tribunals.

Meanwhile the Indian army’s higher leadership needs to reflect on its role as the sword arm of the republic. Being involved in counter-insurgency roles makes its tasks difficult. But it needs to have a clear cut vision of itself as the upholder of law, a force that privileges honour above everything regardless of the politicians in power.