After the passing away of his wife, Nagdev just wants to go back to Usta Mohammad in Pakistan, where his extended family lives, so his children can be looked after. 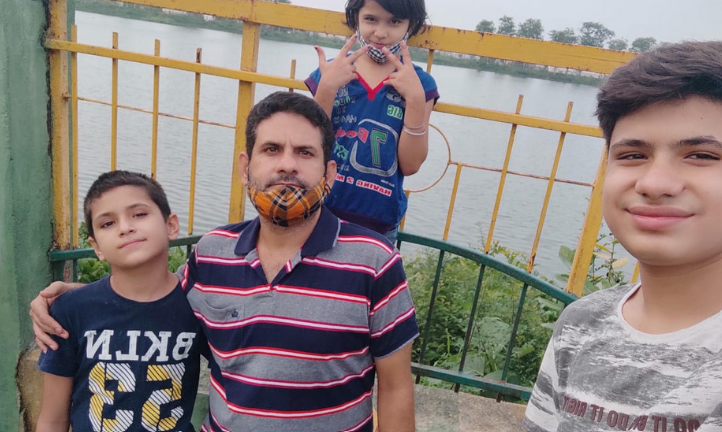 Ajeet Kumar Nagdev and his children at a rare outing recently. Photo: By arrangement

Boston: A Pakistani Hindu stuck in India with three children after his wife died in April is pleading with the authorities to let him return to his country before Independence Day, August 14.

“I am broken,” says Ajeet Kumar Nagdev, 41, speaking on phone in Urdu from Balaghat, Madhya Pradesh. His wife Rekha Kumari, 38, died on April 22, a day before the last Attari-Wagah border opening. “What can I do? The children break me, but I have to get up and keep going.”

Struggling to look after them, fearful of what will happen if one of them gets sick or if something happens to him, Nagdev feels trapped. He worries about their schooling. They miss their mother.

Stuck in their small, rented apartment with no regular meals, they have lost weight, says Nagdev, adding that he himself has lost 20 kg. Their relatives in India are also migrants living in nuclear families.

The pandemic had already impacted Nagdev’s livelihood. With Rekha’s death, he can’t leave the children and go out to work.

The Pakistan High Commission in Delhi is helping out financially, but Nagdev is not looking for handouts. He just wants to go back to Usta Mohammad, where five of his brothers also live with their families, so his children can be looked after.

Also read: Waiting for a Passport: A Pakistani Hindu Family in India Hopes to Return Home

The recent attack on a Hindu temple in Rahimyar Khan, Pakistan, has not curbed Nagdev’s desire to return. “There is museebat (trouble) everywhere,” he says. “We have friends and support in Pakistan. Allah, Bhagwan, will help us.”

When Nagdev and Rekha left Usta Mohammad in 2010 with their two young sons, they thought they would have a better life in India. Their daughter Lovina was born in India in September 2012. Some years later, Rekha’s health began to deteriorate, and they started planning to go back. Then the pandemic struck and borders were closed.

When Rekha died, the family was stranded because Lovina’s name was endorsed on her mother’s Pakistani passport.

A month later, Nagdev and Lovina undertook the nearly 12-hour train journey to the Pakistan High Commission in New Delhi for the passport. However, even in a pandemic, the consulate cannot process online applications as the .pk domain doesn’t work in India.

The Commission covered their travel expenses, exempted urgent passport fees, and issued Lovina’s passport the same day. But with the border closed due to the COVID-19 pandemic, the family remains stranded in India.

According to the Pakistan High Commission in Delhi, there are over 600 Pakistanis in India waiting to go back, but their return depends on the National Command and Operation Centre (NCOC) in Pakistan. The next border-crossing date is yet to be announced. 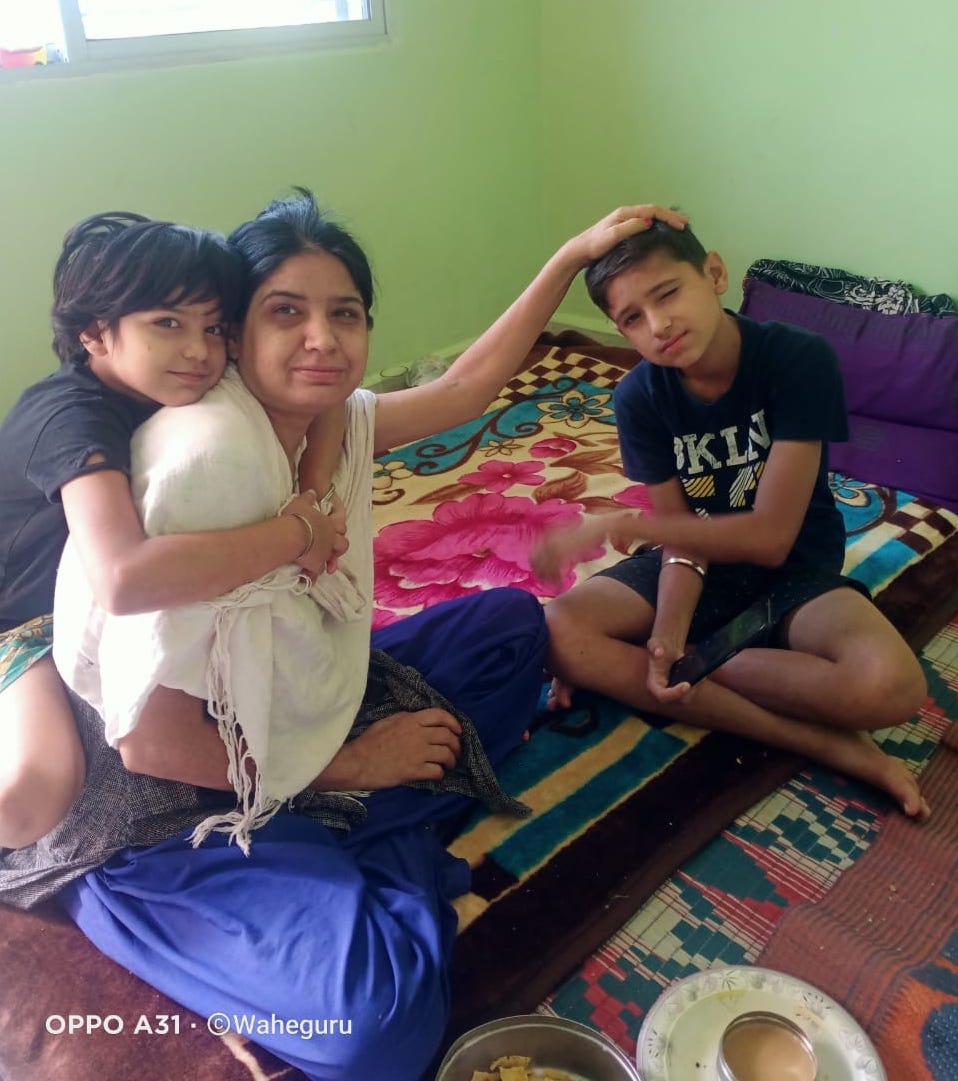 Gurya with mother Rekha and one of her brothers. Photo: By arrangement

The Pakistan consulate in Delhi has “already taken up with Islamabad for allowing the cross over in emergency cases” and are asking “if an exemption could be granted in his case, particularly”.

When approached, Pakistani member of parliament Ramesh Kumar Vankwani said he would do what he could. His friend senator Mushahid Hussain is also sympathetic and said he will help.

“The governments of both Pakistan and India must cooperate to help alleviate the humanitarian crisis facing stranded Pakistanis in India, particularly those belonging to the Hindu community,” says Mushahid Hussain.

Also read: Dr Khalil Chishty and the Lessons From a Cross-Border Campaign ‘In Humanity’s Name’

“Bureaucratic red tape and petty political point scoring mustn’t be allowed to come in the way of the noble endeavour to reunite families on either side of the border, more so, during the pandemic, when families need to be together to comfort each other.”

No one holds out much hope that the NCOC will grant an exemption.

Moved by Nagdev’s plight, IT professional Samir Gupta in Delhi is trying to raise money for the family’s airfare.

“Humanity should take precedence over all politics and bureaucracy. People in both countries should get together and do whatever it takes to get him back – we’ll get him to fly back even if it has to be via a third country,” says Gupta, who has been associated with peace initiatives like Aman Ki Asha for a decade or so.

This is not about religion or patriotism. In this case it’s just a bereaved family wanting to go home where they will have the emotional support they need.

Beena Sarwar blogs at Journeys to Democracy. She is editor at Aman Ki Asha and curator at South Asia Peace Action Network (Sapan) @southasiapeace. She can be reached on Twitter @beenasarwar.