UN Chief Says If US Cuts Funding, Others Will Take up Leadership

Trump wants to cut US diplomacy and aid budgets by about a third, or nearly $19 billion. This includes cutting some $1 billion from UN peacekeeping funding. 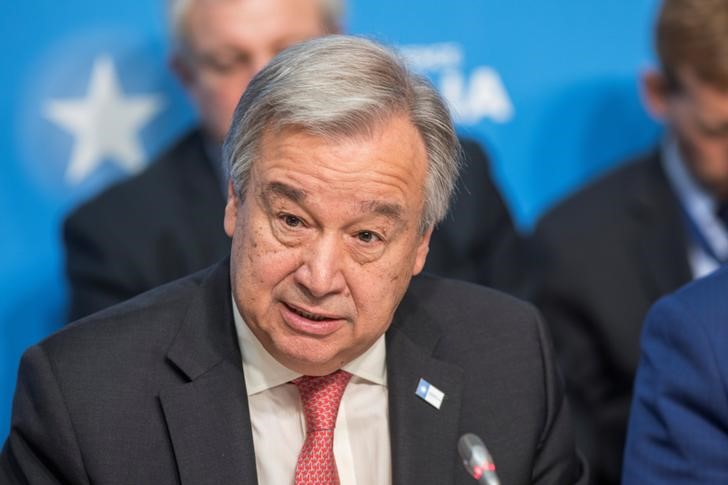 New York: UN chief Antonio Guterres said on Tuesday, May 30, that he is trying to convince US President Donald Trump’s administration of the value of investing in foreign aid and diplomacy and warned that if Washington pulled back as a global leader, other states would step up.

Trump has proposed cutting US diplomacy and aid budgets by about a third, or nearly $19 billion. This includes cutting some $1 billion from UN peacekeeping funding and a steep cut to funding for international organisations.

“We are doing our best in dialogue with the administration and Congress to make the US understand that funding development aid, funding foreign policy in general, funding organisations like the UN, is also in the interests of the American people,” Guterres said at an event at New York University.

Congress sets the federal government budget, and Republicans who control both houses and Democrats have said they do not support such drastic cuts.

The US is the biggest UN contributor, paying 22% of the $5.4 billion core budget and 28.5% of the $7.9 billion peacekeeping budget. These assessed contributions are agreed by the 193-member UN General Assembly.

Guterres also said if a power like the United States pulled back from a global leadership role, others could fill the void.

“It’s not only the Russias and the Chinas that are occupying the ground; if you look at Saudi Arabia, Turkey, Iran, the regional powers in many parts of the world – when the big powers leave some space they will occupy it,” he said.

“Sometimes this then has consequences and especially when everything is linked,” Guterres said. “If you leave a void to others to occupy you might be creating a problem (for) your own internal security.”