It's unlikely the administration has either the will or the means to roll back the full suite of Obama-era reforms. 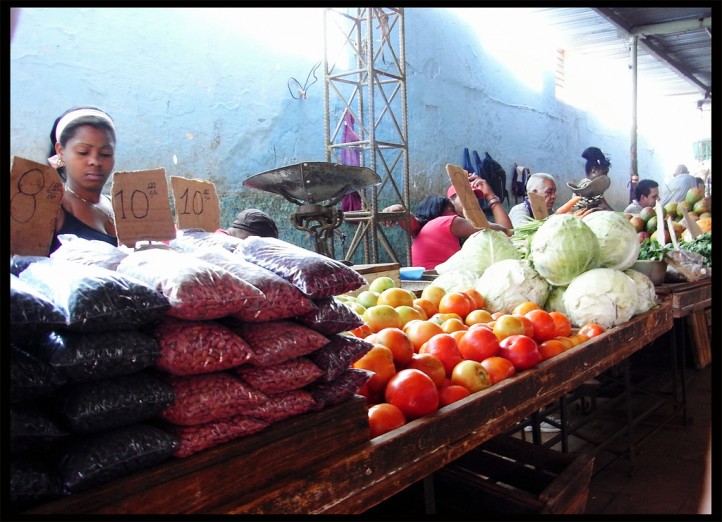 “The days of Obama’s policy toward Cuba are over,” US President Donald Trump proclaimed to the approval of a crowd of hardline Cuban exiles Friday in Miami.

And yet, the Trump administration is actually making just a few minor changes. They’ll have the following effects.

1) US citizens without family in Cuba hoping to visit the island will face renewed travel restrictions.

2) US citizens and companies will be barred from engaging in financial transactions with Cuban companies run by the country’s military.

3) Per demands made by the Helms-Burton, Cuba will have to make changes in its political system as a precondition  for any further major steps toward normalisation.

The Trump administration has in essence swallowed a lot of Obama-era achievements. For example, the US embassy in Havana and the Cuban embassy in Washington will remain open; Cuba will not go back on the US State Department’s State Sponsors of Terrorism list; a memorandum of understanding to deepen law enforcement cooperation and information sharing is still intact; and there will be no rollback of the wet-foot, dry-foot policy that used to promote illegal and unsafe Cuban migration to the United States.

Reversing these policies would substantially harm US national interests – and, since no other country supports the American policy of isolation toward Cuba, create tension with US allies.

Trump’s laundry list of preconditions, on which current and future Cuban leaders must act before further attempts at normalization, is the same old tattered one employed by administrations over the past five decades. Preconditions on Cuba have never been successful, and repeating them will only be met by a refusal from Cuba to change.

For example, Havana can release all political prisoners as part of a good will gesture, but calling multiparty elections under international scrutiny in the next six months as a condition for ending the US embargo is nothing less than a suicide pact for the Cuban Communist Party.

There might be some within the Cuban government who favor multiparty elections, but only after the US ends the embargo and Cuban nationalists can claim a victory. But with the US embargo in place, anybody who proposed a major political opening like that would be denounced as a traitor.

While no democratic transition is complete without multiparty elections, encouraging gradual economic reform and political liberalization is a more appropriate way to build stabilizers and openings than a maximalist approach of demanding elections at the outset. Trump’s list simply kills the process before it has a chance to begin. No other country in the entire world supports such a risky destabilization of the Cuban state. “America first” becomes “America only.”

There’s also the irony of the travel ban for Americans wishing to travel to Cuba on their own. Conservative Cuban-American members of Congress like senator Marco Rubio (R-Florida) and representative Mario Diaz-Balart (R-Florida),who pushed Trump on the changes, knew that limiting Cuban-American travel and remittances to the island “to starve the Cuban government of resources” would only bring them trouble. As such, that ban only pertains to Americans outside of their own ethnic jurisdictions. Here “America first” becomes “Miami vice.”

But not all is lost for those Americans who weren’t blessed by having been born in Cuba – or to Cuban families. Cuba, travel agencies, and airlines can still promote forms of travel that comply with new regulations forcing Americans to travel in groups. It might take some time to educate the general public on how to do this, but the massive influx of American travelers (540,000 in 2016) to Cuba suggests the interest to visit the island will endure. Yet the damage to American soft power is already done.

Finally, prohibiting business transactions with companies owned by Cuba’s military is a gesture to Trump’s Miami sycophants, but not a game changer for Cuba’s political structure. The Cuban armed forces will be a key player in the transition of power when President Raul Castro retires in 2018, so attempting to punish them will only provide a political opportunity for Cubans to denounce US interference in Cuban affairs and unify the Castro base with the armed forces.

By this time, one wonders whether the Cuban government might re-assess some of its policies in the last two years, such as its failure to make decisions about several investment proposals from the US. Did it make sense to block the tractor factory agreement in the Mariel special trade zone because it didn’t bring state of art technology? I don’t think so.

As Nobel Prize laureate Joseph Stiglitz demonstrated in his book Creating a Learning Society, developing countries gain by just catching up with the ability of industrial economies to produce technologies that already exist. In addition to that, there is a political logic that shows how Cuba should take advantage of every opportunity to highlight in moral, legal, and instrumental terms how Washington’s embargo policy inflicts harm on every sector of American society.

Cuba’s best response to Trump’s storm and fury show should be a new range of additional reforms.

These reforms should reinforce the role of law and market incentives aimed at promoting foreign and domestic investments. The long postponed dual exchange rate unification should be done at market rates. Opportunities for the creation of new firms as joint ventures of foreign investors, state companies, and Cuban private sector firms should be encouraged.

Some liberalization of Cuba’s economic structure and trade regime would have positive political effects on Cuba’s relations with American allies in Europe and Canada, because it will defuse objections by many in the international community against Cuban state-owned monopolies. It will provide also a pluralistic economic framework difficult to attack with sanctions that claim to punish only the government but not the Cuban people.

Limiting US travel and business in Cuba is merely the first in a series of efforts Cuban-American hardliners will take to continue squeezing Cuba. With so much renewed American interest in Cuban business and travel, as well as a greater awareness of the ways US policy inconsistently applies isolationist strategies in the name of international human rights and democracy, it’s hard to imagine they’ll have much success today in reversing all Obama’s reforms. But Trump’s rhetorical identification with senator Rubio and congressman Mario Diaz-Balart are a warning sign that spoilers are well positioned to take advantage if a major crisis happens.

As new electoral cycles approach, pro-Cuba engagement lobbyists in the business, humanitarian, and diplomacy sectors will need to work together to encourage a logical, moral strategy beyond the appeal to business interests that truly supports greater prosperity and national security on both sides of the Strait of Florida.

Until then, the Trump Cuba policy will be seen as it is – a detour, not the future.

Arturo Lopez-Levy, PhD, is a lecturer at the Political Science Department of the University of Texas-Rio Grande Valley. He is a co-author of Raul Castro and the New Cuba: A Close-Up View of Change.

The article was originally published by Foreign Policy in Focus.