Pakistan Has Given 'Nothing but Lies and Deceit' in Exchange for US Assistance, Says Trump

According to diplomatic sources, Trump’s tweet could be a sign that US was serious about its ‘deadlines’ given to Pakistan taking action against the Taliban and Haqqani network. 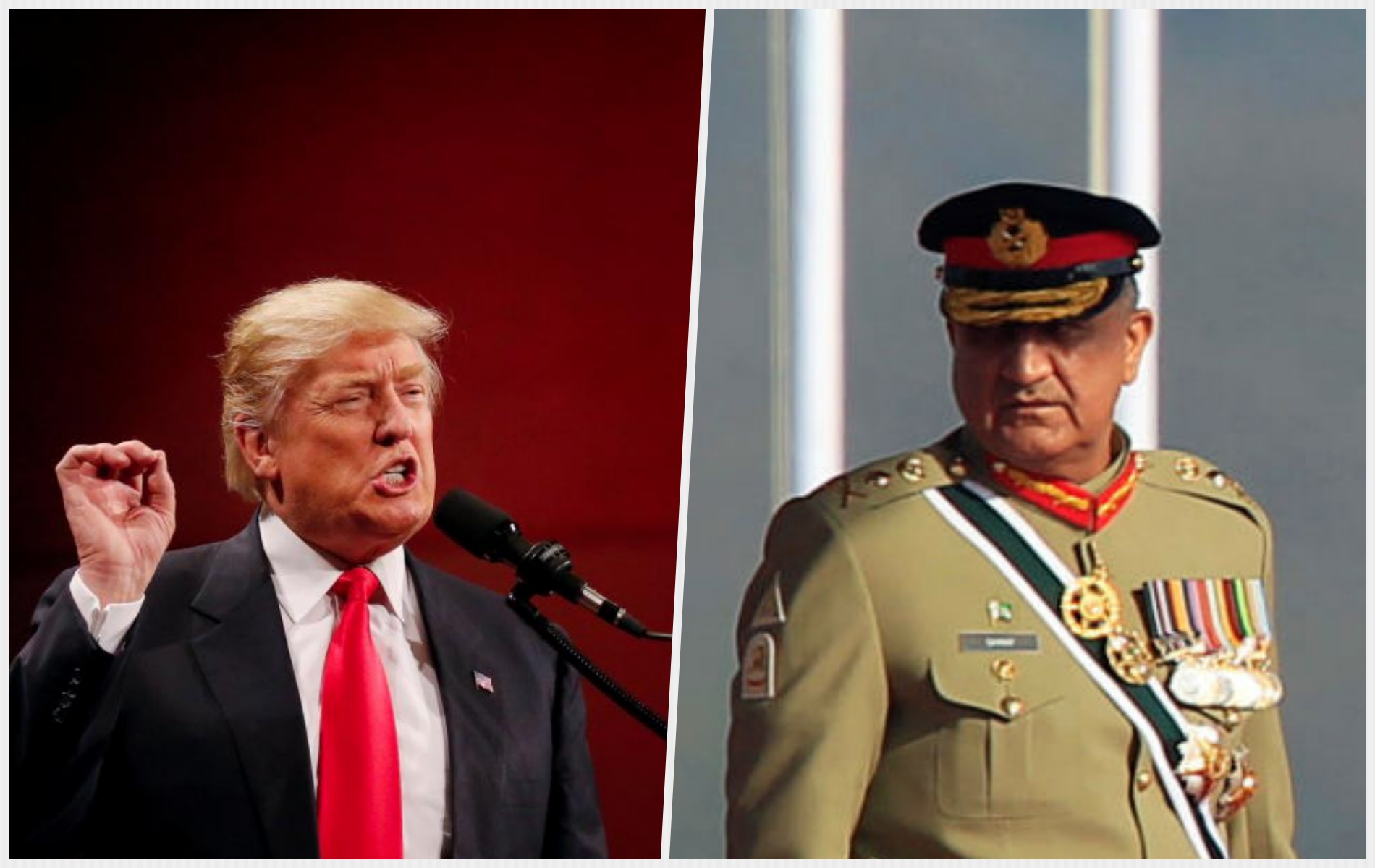 New Delhi: With Washington to decide soon on whether to give Pakistan access to withheld military aid, US President Donald Trump on Monday accused Islamabad of not taking action against terror groups targeting Afghanistan and “thinking our leaders as fools” by offering “lies and deceit” in exchange for billions of dollars in American aid.

The US president began the first day of 2018 tweeting from the early hours. Starting with a condolence message for a US law enforcement officer, his sixth post on Twitter in the new year was his most direct, accusatory comment about Pakistan so far.

“The United States has foolishly given Pakistan more than 33 billion dollars in aid over the last 15 years, and they have given us nothing but lies & deceit, thinking of our leaders as fools. They give safe haven to the terrorists we hunt in Afghanistan, with little help. No more!” he wrote.

According to Indian officials, Trump’s tweet could be a sign that the US was serious about the ‘deadlines’ given to Pakistan for taking action against the Taliban and Haqqani network.

The United States has foolishly given Pakistan more than 33 billion dollars in aid over the last 15 years, and they have given us nothing but lies & deceit, thinking of our leaders as fools. They give safe haven to the terrorists we hunt in Afghanistan, with little help. No more!

This was immediately followed within half an hour with a retort from Pakistani foreign minister Khwaja Asif, promising a more extensive reply.

We will respond to President Trump's tweet shortly inshallah…Will let the world know the truth..difference between facts & fiction..

In an interview to Geo TV, Asif said that Pakistan would “publicly” provide details of US aid that it had received.

“We have already told the US that we will not do more, so Trump’s ‘no more’ does not hold any importance,” he said, defiantly.

Asif claimed that Trump was “flinging accusations at Pakistan”, as he was disappointed at “US defeat in Afghanistan”.

The Pakistan defence minister Khurram Dastagir-Khan argued that Pakistan had given the US “free” access to military bases, land and air communication and intelligence cooperation to “decimate” Al-Qaeda, in exchange for “invective and mistrust”. “They overlook cross-border safe havens of terrorists who murder Pakistanis,” he said.

Pak as anti-terror ally has given free to US: land & air communication, military bases & intel cooperation that decimated Al-Qaeda over last 16yrs, but they have given us nothing but invective & mistrust. They overlook cross-border safe havens of terrorists who murder Pakistanis.

However, it is a bit ingenuous to say that Pakistan gives “free” access, since US is explicitly reimbursing Islamabad through the coalition support funds in the war against terror. Pakistan was also not informed when US special forces sneaked into the military town of Abbotabad to kill Al-Qaeda leader Osama Bin Laden.

There has been a steady drumbeat of statements from White House that has been rattling the Pakistan since mid-2017.

But Trump’s latest tweet may be more significant since this week, according to the New York Times, the US administration will take a “final decision” on the fate of $255 million that had been withheld in August on condition of Pakistan cracking down on terror groups conducting attacks on Afghan soil.

The $255 million military assistance kept in abeyance was part of a $1.1 billion aid package approved by Congress in 2016.

The US started to reimburse Pakistan for its support for its counter-terrorism operations through coalition support funds (CSF) from 2002. Out of the $33.38 billion worth of financial transfers to Pakistan in the last 15 years, the biggest chunk – 43.4% – are CSF reimbursements, standing at $14.5 billion.

The US administration had not provided Islamabad Haqqani Network-related certification in 2015 and 2016, thereby keeping back $300 million and $350 million in CSF reimbursements, respectively.

While announcing his administration’s South Asia strategy in August, Trump pointed out that the US has “been paying Pakistan billions and billions of dollars at the same time they are housing the very terrorists that we are fighting.”

“But that will have to change, and that will change immediately,” he added.

Trump had also said in August, “We can no longer be silent about Pakistan’s safe havens for terrorist organisations, the Taliban, and other groups that pose a threat to the region and beyond.”

Mirroring Trump’s tweet, the US vice president had asserted that the “For too long has Pakistan provided safe haven to the Taliban and many terrorist organisations, but those days are over”.

The Pakistan foreign office had then hit back by saying that “allies not put each other on notice”.

However, before his January 1 outburst, Trump’s previous tweet on Pakistan had been much more encouraging for Islamabad:

Starting to develop a much better relationship with Pakistan and its leaders. I want to thank them for their cooperation on many fronts.

His October 14 tweet had been posted in the wake of the rescue of an American family who had been kept captive by the Haqqani network for four years. At that time, observers had felt that Pakistan’s move to rescue the family could have been an effort to curry favour in Washington following the announcement of the South Asia strategy which put Islamabad in its cross-hairs.

However, in the wake of latest Trump tweet, Pakistan media reported that Pakistani politicians across the aisle, seemed to indicate that patience with scolding from Washington was wearing thin.

Shah Mahmood Qureshi, former minister and vice-chairman of opposition Pakistan Tehreek-i-Insaf (PTI) said that Pakistan could look to other powers like China, Iran, Turkey and even European Union to get a more sympathetic hearing.

“Pakistan has to move forward taking into account its own interests, irrespective of whether it gets US aid or not,” he said.

Coalition support funds has NEVER been counted as AID in any accounting by Pakistan, nor will it be seen as part of assistance. It was compensation on expenses incurred re joint action on border. Other “Aid” we should indeed talk about, because Pk never charged for NATO traffic

Opposition PPP leader and former ambassador to US Sherry Rehman said that Pakistan’s case had been weakened by the lack of a dedicated lobbyist in US and the absence of foreign minister for a long period of time.

She said that it was “very difficult” to move forward in the current environment, with the future likely to herald scenarios where “such things are said and such demands are made.”

On Monday, the Securities and Exchange Commission of Pakistan prohibited all companies from donating money to Saeed, LeT, JuD, FiF and other UNSC proscribed groups.

Further, in Islamabad, Reuters banned proscribed “fund-raising in any kind and social, political, welfare and religious activities by these groups”.

In a written reply to the international news agency, Interior Minister Ahsan Iqbal said Pakistan wasn’t taking action under US pressure. “We’re not pleasing anyone. We’re working as a responsible nation to fulfill our obligations to our people and international community.”