The US Justice Department asked the Supreme Court to block ruling that exempted grandparents of US citizens of refugees from Trump's travel ban. 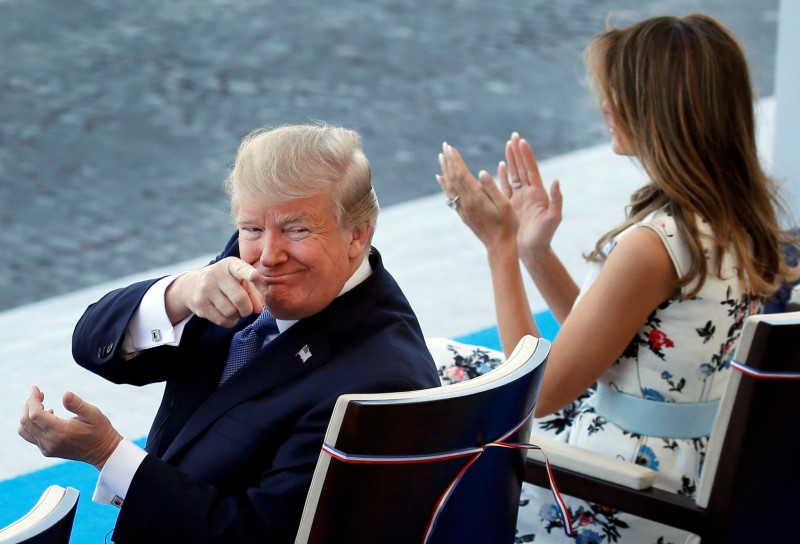 Washington: The US Justice Department on Friday asked the Supreme Court to block a judge’s ruling that prevented President Donald Trump‘s travel ban from being applied to grandparents of US citizens and refugees already being processed by resettlement agencies.

In a court filing, the administration asked the justices to overturn Thursday’s decision by a US district judge in Hawaii, which limited the scope of the administration’s temporary ban on refugees and travellers from six Muslim-majority countries.

The latest round in the fight over Trump‘s March 6 executive order, which he says is needed for national security reasons, came after the Supreme Court intervened last month to partially revive the two bans, which were blocked by lower courts.

The Supreme Court said then that the ban could take effect, but that people with a “bona fide relationship” to a US person or entity could not be barred.

The administration had narrowly interpreted that language, saying the ban would apply to grandparents and other family members, prompting the state of Hawaii to ask Hawaii-based US District Judge Derrick Watson to expand the definition of who could be admitted. He ruled for the state late on Thursday.

In the court filing, the Justice Department said the judge’s ruling “empties the (Supreme) Court’s decision of meaning, as it encompasses not just “close” family members but virtually all family members.

The conservative-leaning Supreme Court is not currently in session but the justices can handle emergency requests. The administration’s application could be directed either to Justice Anthony Kennedy, who has responsibility for emergency requests from western states, or to the nine justices as a whole. If the court as a whole is asked to weigh in, five votes are needed to grant such a request.

“The truth here is that the government’s interpretation of the Supreme Court’s stay order defies common sense,” said Omar Jadwat, a lawyer with the American Civil Liberties Union involved in challenging the ban. “That’s what the district court correctly found and the attorney general’s misleading attacks on its decision can’t change that fact.”

In his decision, Watson harshly criticised the government’s definition of close family relations as “the antithesis of common sense.”

Watson also ruled that the assurance by a resettlement agency to provide basic services to a newly arrived refugee constitutes an adequate connection to the US because it is a sufficiently formal and documented agreement that triggers responsibilities and compensation.

In the court filing, the Justice Department said Watson’s ruling on refugees would make the Supreme Court‘s decision on that part of the executive order “effectively meaningless.”

The ruling, if left in place, means refugees can continue to be resettled in the US, beyond a cap of 50,000 set by the executive order. That limit was reached this week.

The Supreme Court‘s decision last month revived parts of Trump‘s March 6 executive order banning travellers from Iran, Libya, Somalia, Sudan, Syria and Yemen for 90 days, as well as refugees for 120 days. The court also agreed to hear oral arguments in the fall over whether the ban violates the US Constitution.