The Trump administration has argued that the travel ban is needed to prevent terrorism in the US. 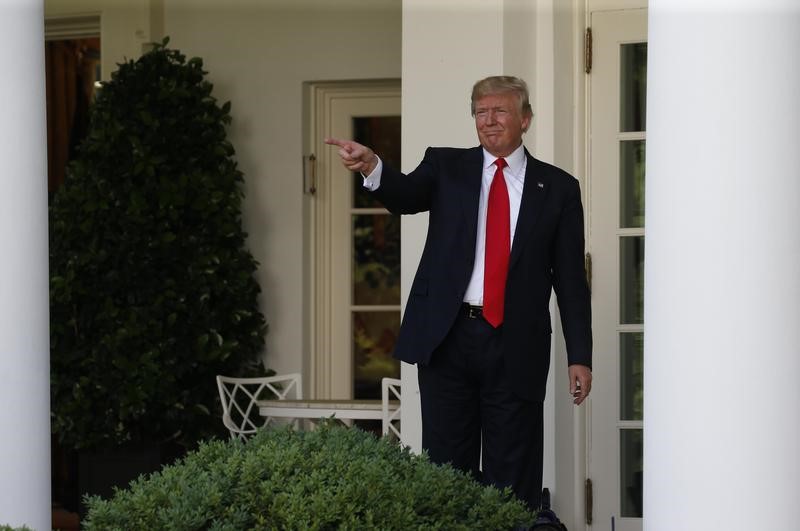 US President Donald Trump departs after announcing his decision that the United States will withdraw from the Paris Climate Agreement, in the Rose Garden of the White House in Washington, US, June 1, 2017. Credit: Reuters/Joshua Roberts

Washington: US President Donald Trump‘s administration on Thursday asked the Supreme Court to revive his plan to temporarily ban travelers from six Muslim-majority nations after it was blocked by lower courts that found it was discriminatory.

In deciding whether to allow the ban to go into effect, the nine justices are set to weigh whether Trump‘s harsh election campaign rhetoric can be used as evidence that the order was intended to discriminate against Muslims.

The move comes after the Richmond, Virginia-based 4th US Circuit Court of Appeals on May 25 upheld a Maryland judge’s ruling blocking the order.

The administration also filed a separate appeal in that case.

“We have asked the Supreme Court to hear this important case and are confident that President Trump’s executive order is well within his lawful authority to keep the nation safe and protect our communities from terrorism,” Justice Department spokeswoman Sarah Isgur Flores said in a statement.

The American Civil Liberties Union, one of the legal groups challenging the ban, tweeted in response: “We’ve beat this hateful ban and are ready to do it again.”

At least five votes are needed on the nine-justice court in order to grant a stay. The court has a 5-4 conservative majority, with Justice Anthony Kennedy – a conservative who sometimes sides with the court‘s four liberals – the frequent swing vote. Another of the court‘s conservatives, Neil Gorsuch, was appointed by Trump this year.

If the government’s emergency requests are granted, the ban would go into effect immediately.

The court first has to act on whether to grant the emergency applications, which could happen within a fortnight. Then, the justices will decide whether to hear the government’s full appeal. The Supreme Court is not required to hear the case but is likely to due to its importance and the fact that the request is being made by the US government.

The Justice Department has asked the court to expedite the case so that the justices could hear it at the beginning of their next term, which starts in October. That means, if the court allows the ban to go into effect, the final decision would be issued long after the 90 days has elapsed.

In the court filings, acting solicitor general Jeff Wall highlighted the unprecedented nature of courts second-guessing the president on national security and immigration.

“This order has been the subject of passionate political debate. But whatever one’s views, the precedent set by this case for the judiciary’s proper role in reviewing the president’s national security and immigration authority will transcend this debate, this Order, and this constitutional moment,” he wrote.

In its 10-3 ruling, the appeals court in Virginia said the challengers, including refugee groups and others represented by the American Civil Liberties Union, were likely to succeed on their claim that the order violated the US Constitution’s bar against favoring or disfavoring a particular religion.

The government had argued that the court should not take into account Trump‘s comments during the 2016 US presidential race since he made them before he took office on January 20. But the appeals court rejected that view, saying they shed light on the motivations behind Trump‘s order.

During the campaign, Trump campaign called for a “total and complete shutdown of Muslims entering the United States.”

His administration has argued that the travel ban is needed to prevent terrorism in the US.

Federal courts in both Maryland and Hawaii issued rulings suspending key parts of the ban. The appeals court in Virginia upheld the Maryland ruling. A San Francisco-based appeals court is currently considering the Hawaii case.

The administration is asking the Supreme Court to throw out the injunction imposed in both cases.

The March ban was Trump‘s second effort to implement travel restrictions on people from several Muslim-majority countries through an executive order. The first, issued on January 27, led to chaos and protests at airports and in major US cities before it was blocked by courts.

The second order was intended to overcome the legal issues posed by the original ban, but it was blocked by judges before it could go into effect on March 16.