Not all of the allegations have been verified and some are in preliminary assessment phase, said UN spokesman Stephane Dujarric. 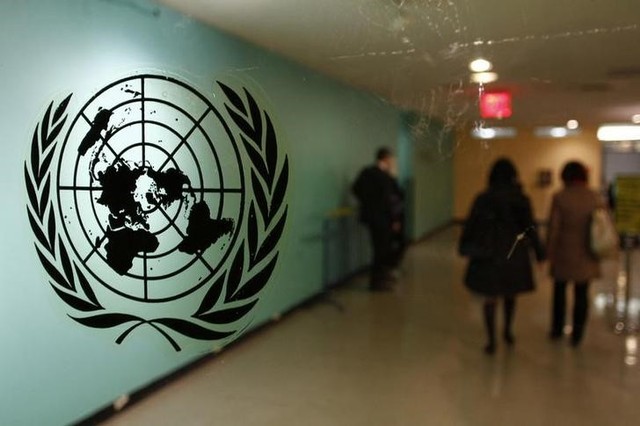 The United Nations logo is displayed on a door at UN headquarters in New York February 26, 2011. Credit: Reuters/Joshua Lott/Files

United Nations: Thirty-one new cases alleging sexual abuse or exploitation by United Nations personnel, nearly half of which involve the UN refugee agency, were filed between July and September for events stretching back at least three years, the UN said on Friday.

Not all of the allegations have been verified and some are in preliminary assessment phase, said UN spokesman Stephane Dujarric in a press briefing. During the three month period, 14 investigations have been launched and one case has been proven, he said.

Of the 31 cases, 12 involve military personnel from peacekeeping operations including those in the Central African Republic and Mali.

The majority of the civilian staff cases, 15, involve the office of the United Nations High Commissioner for Refugees (UNHCR).

For decades, media and UN reports have exposed sexual exploitation and abuse by civilian and military UN personnel in places from Haiti to Darfur, with operations in the Central African Republic most recently in the headlines.

The new type of data collection that began in January, Dujarric said, is part of a U.N. initiative to increase transparency with regards to allegations of sexual exploitation and abuse.

“We’re seeing allegations that date back a few years,” he said, because “people feel freer and safer to come forward.”

The UN has deployed victims rights advocates in the Central African Republic, South Sudan, Democratic Republic of Congo and Haiti.

A dozen of the reported alleged cases happened in 2017, two last year and six more in 2015 or prior. Eleven have no known date, Dujarric said.

Ten of the cases involved sexual abuse and 19 sexual exploitation, with the remaining two unknown.