The Illusion of Justice Under the International Criminal Court

The ICC's composition is not representative of the international community and it has been made an ad hoc court of the Security Council, thus becoming susceptible to political interference. 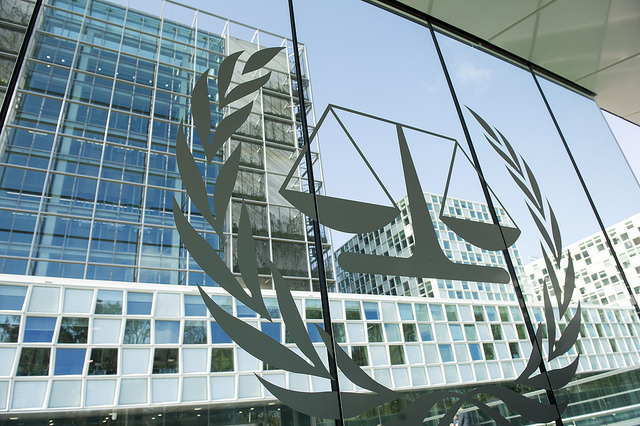 Fifteen years after the Rome Statute of the International Criminal Court – the treaty that established the International Criminal Court (ICC) – came into force, the record of the first permanent institution of international criminal justice is rather sobering. Although by now 124 states have acceded to it, the court has, with the exception of the Republic of Georgia, only investigated “situations” in African countries and has only prosecuted Africans.

The founders at the Rome conference of 1998 wanted the ICC to provide an alternative to the ad hoc jurisdiction of courts such as those established by the UN Security Council, shortly after the end of the Cold War, for the former Yugoslavia and Rwanda. Unlike in the case of those courts created by executive fiat, a multilateral treaty guarantees the legal status of the ICC.

In principle, the court was meant to operate independently of political interference. The statutory independence is indeed indispensable for its permanent acceptance and credibility in the eyes of the world. Above all, the ICC was expected to gradually do away with the perception that international affairs are governed by double standards and that only the weak – or the losers in a struggle for power – are held accountable.

However, the court’s performance so far has done nothing to change this assessment. This is due to both structural (regarding the composition of the court, i.e. the group of states parties) as well as procedural reasons (concerning the statute). Not surprisingly, the latter is the result of a compromise dictated by the power and national interests of the states that were involved in the negotiation process that led to the adoption of the statute.

If the ICC ever were to provide an alternative to the often politicised and legally questionable jurisdiction of ad hoc courts, its composition – i.e. the group of states parties – should be actually representative of the international community. This is certainly not the case yet since three out of the five permanent members of the Security Council (China, Russia and the US) have not acceded to the Rome Statute. Two of them, the US and Russia, have even taken the drastic step to withdraw their signatures from the statute.

Other major military powers such as India, Turkey or Israel are also not states parties. However, in the prosecution of international crimes (war crimes, genocide, crimes against humanity), the personnel and officials of the most powerful countries ought to be subjected to the jurisdiction of the court in exactly the same way as the citizens of smaller and militarily weak states. There is no justice with duplicity.

The structural dilemma is further exacerbated by procedural provisions in the statute, which establish a relationship between the United Nations and the court that puts in jeopardy the court’s very independence, not to speak of the normative contradictions those provisions cause within the statute.

According to Article 13(B) of the statute, the Security Council, using its coercive powers under Chapter VII of the UN Charter, may “refer” to the court “situations” also in states that are not parties to the Rome Statute. Furthermore, Article 16 entitles the supreme executive organ of the UN to “defer” an investigation or prosecution for the renewable period of one year. This does not only mean that states that are not bound by the Rome Statute in terms of international treaty law may be subjected to the jurisdiction of the court (Article 13[B]), but also that non-states parties are enabled to directly interfere in the court’s exercise of jurisdiction.

The ICC is thus effectively also made an ad hoc court of the Security Council. The situation is further aggravated by the fact that – due to the veto power of the five permanent members – it is considerations of political opportunity, not of law, that determine the criteria for decisions which have a decisive impact on the further development of international criminal justice.

It goes without saying that – in the context of the Security Council – political opportunity is primarily defined by the national interests of those five states each of whom may veto a decision on referral or deferral under the Rome Statute. The problem has become all too obvious in the selectivity of the council’s referral decisions so far. While “situations” in the non-ICC member states Sudan (Darfur) and Libya were referred to the court, no such measure was taken by the council concerning “situations” such as those in Syria or Yemen where the court has no statutory jurisdiction either.

The demoralising effect of great power influence, with the application of double standards in international criminal justice, is particularly felt and visible in regions – especially in Africa – where the creation of the ICC received large support. Apart from Europe, Africa is the continent with the highest density of ratifications of the Rome Statute. In view of the political instrumentalisation of the court by powerful members of the Security Council, it does not come as a surprise that the African Union as early as in July 2009 decided to cease cooperation with the ICC in the case against the president of Sudan, and that, in January 2017, the African Union Assembly adopted a document for an ‘ICC withdrawal strategy.’

There is a further provision in the Rome Statute, which seriously restricts the court in its exercise of jurisdiction and indirectly subjects it to political influence. The by now notorious Article 98 prevents the court from proceeding with a request for surrender of a suspect if the country where he is residing has concluded a non-extradition treaty with a third state.

The US, for instance, has concluded – as a kind of precautionary measure – bilateral treaties for that purpose with a large number of states. Its military or economic power often had a decisive influence on the prospective treaty partners. This has made obvious again how the most powerful countries are able – and eager – to shield their citizens from the jurisdiction of the court while nonetheless using it “from outside,” so to speak, (via the Security Council) for their own purposes. This is a case par excellence where “might makes right.”

Both the structural and procedural factors that render the ICC susceptible to political interference have been aggravated by the conduct so far of the prosecutor who, according to the statute, may also initiate an investigation on his/her own authority (proprio motu). The procedurally strong position of the prosecutor under the Rome Statute – who is not exclusively dependent on referrals from states parties – could indeed be a counterweight to the power and interests of both, states parties and those non-states parties who try to instrumentalise the court for their purposes.

As far as the first step in the court’s exercise of jurisdiction – the initiation of an investigation – is concerned, a lot depends on the independence and courage of the prosecutor who, according to the statute, must be a person of “high moral character.” The terms of both prosecutors so far, Luis Moreno Ocampo (until June 2012) and Fatou Bensouda, were characterised by a sharp discrepancy between hesitation, even inaction, on the one hand and decisive, bold prosecutorial initiatives on the other – depending on the political circumstances.

While, in Ocampo’s obvious assessment, the situation in Afghanistan – that had acceded to the court in 2003 – did not require his involvement, he acted almost with lightning speed to obtain arrest warrants against the leading political figures in Libya – a country where he had only “borrowed” jurisdiction (due to the intervention of the Security Council), but where the interests of powerful states were at stake. At the same time, and in spite of overwhelming evidence, he found no reason for prosecutorial action concerning war crimes and crimes against humanity that had allegedly been committed by Libya’s tribal militias.

Similarly, Fatou Bensouda, the incumbent prosecutor, has so far twice refused to open an investigation on the incident on the Mavi Marmara ship (May 31, 2010), part of the Humanitarian Aid Flotilla bound for Gaza – in spite of decisions, in that regard, of the ICC Pre-Trial Chamber I and of the ICC Appeals Chamber.

These prosecutorial practices have made it more than obvious that what the office of prosecutor needs most is personal integrity and independence, and an entirely non-political approach. Nothing less is required if the ICC is ever to be accepted and sustained as a permanent institution. However, even the most courageous and upright prosecutor cannot do away with the structural weaknesses of the court in its present form. The system of criminal justice embodied in the Rome Statute lacks legitimacy, and won’t survive in the long term, unless the militarily powerful – and, above all, the most powerful – states accede to the court.

Under no circumstances, either directly or indirectly, either openly or covertly, must the ICC perpetuate the principle of “might makes right.” This, however, will be the case as long as the statute of the court concedes to an external entity (that acts according to considerations of power politics) the privilege to interfere with its jurisdiction, whether by restricting or expanding it.

There should be no illusion: The United Nations Security Council, because of the veto, will never “refer” a situation on the territory of a permanent member or in a country that enjoys the protection of any of its five permanent members – not to speak of the fundamental immunity that protects the officials of those permanent members that are not states parties to the court (except in cases where those officials may have committed international crimes on the territory of a state party). Instead of obfuscating the issue, one should simply admit that the “end of impunity” has not yet been achieved. What exists is a two-class system of criminal justice where the Security Council may use “referrals” for political purposes, and in particular as “disciplinary measures” in domestic or international conflicts.

In any state that adheres to the rule of law, the exercise of judicial power must be strictly separate from the exercise of the state’s other powers, and judicial authority vis-à-vis the legislative and executive branches must be secured. At the international level, however, there is no functioning separation of powers on that basis. The United Nations is no world state, and the Security Council is all the more not an agent within a proper system of checks and balances which, under the prevailing international conditions, doesn’t even exist in rudimentary form.

Since the court has no enforcement powers of its own, except indirectly and only if it acts on the basis of a referral from the Security Council, and in view of its record, one cannot avoid asking whether the states that established this permanent institution, which is aimed at the universality of criminal justice, have not put the cart before the horse. The very idea of justice risks to be frustrated by the realities of power politics.

Hans Köchler is professor emeritus at the University of Innsbruck, Austria; president of the International Progress Organization and author of Global Justice or Global Revenge? International Criminal Justice at the Crossroads.