The Drama of Nuclear Disarmament

The UN – wittingly or unwittingly – has become a victim of a series of con games played by the nuclear weapon powers. On the face of it, the latest attempt of the UN to adopt a so-called Convention on the Prohibition of Nuclear Weapons appears to be no different.

Mushroom-shaped cloud and water column from the underwater nuclear explosion of July 25, 1946, which was part of Operation Crossroads. Credit: Wikipedia 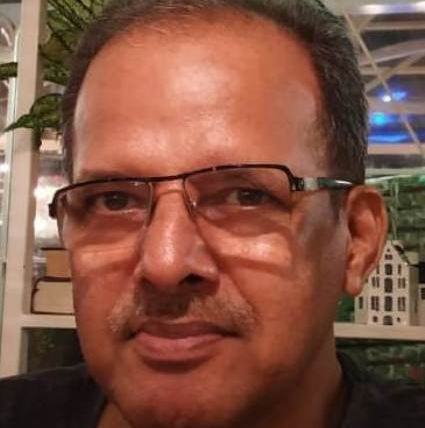 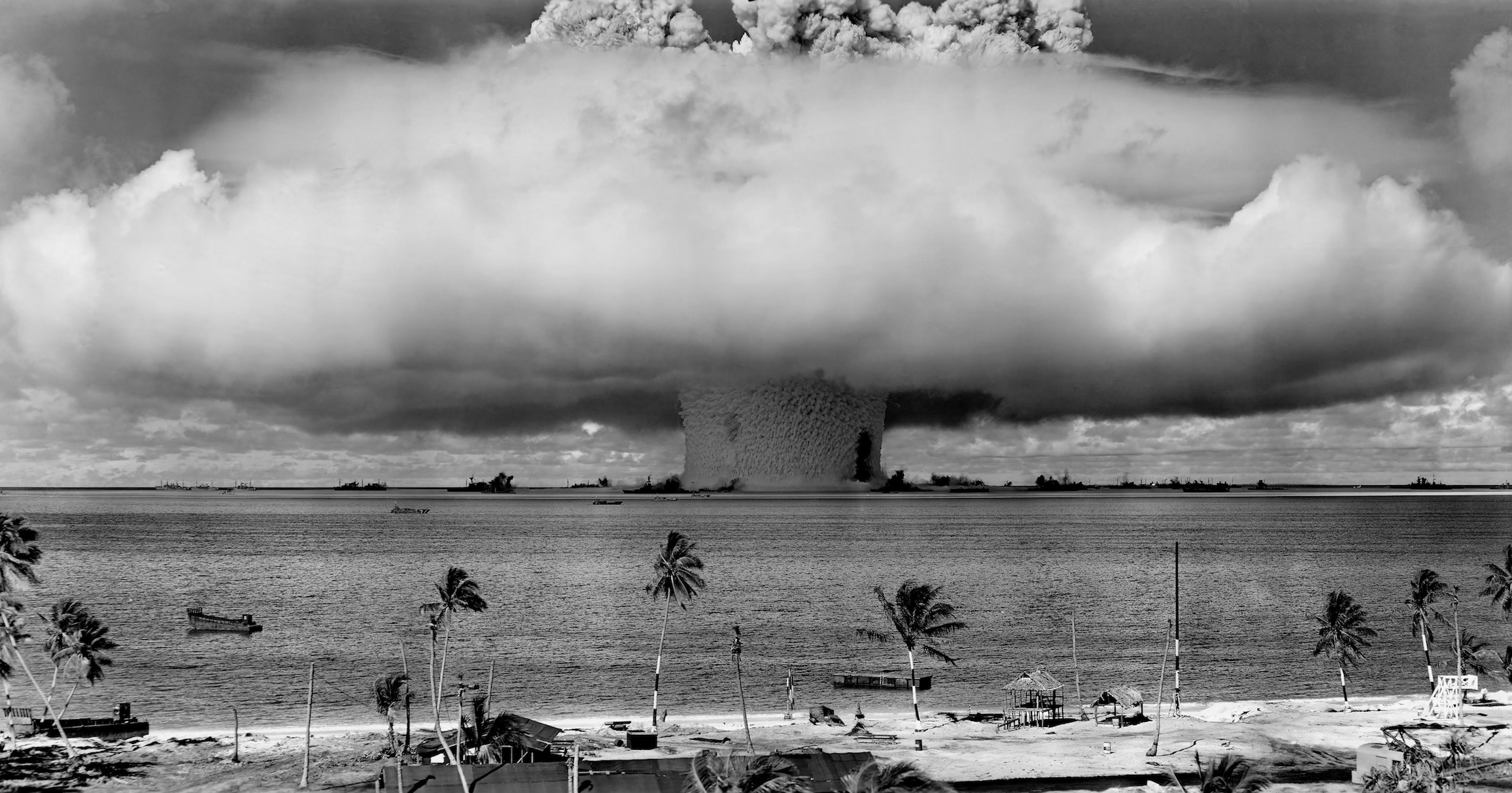 Mushroom-shaped cloud and water column from the underwater nuclear explosion of July 25, 1946, which was part of Operation Crossroads. Credit: Wikipedia

The very first resolution adopted by the UN General Assembly on January 24, 1946, at its first session held in London, UK, was called Establishment of a Commission to Deal with the Problems Raised by the Discovery of Atomic Energy. The commission was entrusted with the task of making specific proposals: (a) for the exchange of basic scientific information for peaceful purposes; (b) for ensuring use of atomic energy only for peaceful purposes; (c) “for the elimination from national armaments of atomic weapons and all other major weapons adaptable to mass destruction”; and (d) “for effective safeguards…to protect complying states against the hazards of violations and evasions”. While there may have been some noticeable progress under tasks (a) and (b), tasks (c) and (d) have remained practically unaddressed. This was primarily because, from 1946 onward, US, Soviet Union, UK and France have wielded disproportionate influence in controlling and directing the activities of the UN. The Soviet Union did vociferously support disarmament from 1945 until 1963, after which it became obsessed with seeking military parity with the US. During a brief phase – 1961-1963, the US too had expressed support for disarmament. However, with the signing of the Partial Test Ban Treaty in 1963, the task of disarmament was completely sidelined by the UN. The scope of the current proposal pending before the UN may be examined in this background.

The first draft of the proposed Convention on the Prohibition of Nuclear Weapons was released by the UN in Geneva, Switzerland, on May 22. According to a press statement issued by the International Campaign to Abolish Nuclear Weapons, the draft was developed on the basis of discussions and inputs received during the first round of negotiations, held at the UN headquarters in New York from March 27-31 with the participation of 132 nations. The negotiations are scheduled to resume on June 15 and continue until July 7, with the draft as the basis.

The preamble to the draft convention attempts to eloquently focus attention on the nuclear threat and highlights the need for nuclear disarmament as well as general and complete disarmament. However, the last but one para of the preamble is a giveaway since it goes on to state as follows:

The self-serving claim that NPT, Comprehensive Nuclear-Test-Ban Treaty (CTBT) and Nuclear-Weapon-Free Zones (NWFZ), in their present form have contributed to the advancement of nuclear disarmament is hugely contentious. On the contrary, these regimes are not what they appear to be but are being flaunted as significant ones in the cause of nuclear disarmament only to safeguard the interests of the nuclear weapon powers. While fully realising the urgency of mobilising world opinion to support disarmament and being deeply conscious of the pressing need for adopting a global treaty to prohibit nuclear weapons at the earliest, it is extremely disheartening to note that, in its present form, the draft convention is totally disappointing since it is in no way designed to achieve the purported objective of prohibiting nuclear weapons worldwide. From the haphazard and lackadaisical manner in which it has been drafted, it is quite evident that the attempt to adopt this convention is only intended to hoodwink the peace loving people across the globe by giving the false hope that a serious attempt is being made to address one of the most vital issues confronting humankind at present.

“1. Each State Party undertakes never under any circumstances to:

“2. Each State Party undertakes to prohibit and prevent in its territory or at any place under its jurisdiction or control:

(a) Any stationing, installation or deployment of any nuclear weapons or other nuclear explosive devices;” [first draft]

The call to freeze development, manufacture and stockpiling of nuclear weapons is, indeed, welcome and, theoretically, it could be applicable to both Nuclear Weapon States (NWS) as well as Non Nuclear Weapon States (NNWS). Unfortunately, what appears as positive sub-clauses in Article-I (against “use of nuclear weapons” as well as against “deployment of any nuclear weapons” in foreign territories) are mere window dressing since the draft convention does not even acknowledge the existence of NWS and these provisions are not addressed to them. It is the NWS, which have to give a categorical undertaking not to use nuclear weapons against NNWS under any circumstances and not to use it first against fellow NWS. As long as the existence of NWS is not recognised and they stay out of the present convention, NNWS who support this convention would have the satisfaction of merely reiterating what they have been reaffirming about their commitment to nuclear disarmament since 1946 or since the time they became members of the UN. What is sorely missing from the draft convention is a categorical assertion that the use or threat of use of nuclear weapons would constitute a crime against humanity. The draft convention should have made it clear that Article 51 of the UN Charter (right of self defence) cannot be invoked by any NWS to commit genocide; that member-states should only act in a manner, which is in consonance with Article 2(4) of the UN Charter (to refrain from threat or use of force against fellow member-states).

In short, the issue of nuclear disarmament is not a part of the present convention and the matter would only be considered at a later date. This is further evident from Article 9 of the draft convention, which states as follows:

“1. The States Parties shall meet regularly in order to consider… further elaboration of effective measures for nuclear disarmament, including: …

(d)       Proposals for effective measures relating to nuclear disarmament,… and irreversible elimination of nuclear weapon programmes, including additional protocols to this Convention.”[first draft]

Therefore, the very title of the draft convention is totally misleading since it has nothing to do with prohibiting nuclear weapons. Likewise, Article 2 of the draft convention is a strange provision because it states as follows: “Each State Party shall submit … a declaration in which it shall declare whether it has manufactured, possessed or otherwise acquired nuclear weapons or other nuclear explosive devices after 5 December 2001.”[first draft] What is so peculiar about nuclear weapons manufactured after December 05, 2001? What is so significant about this particular cut-off date? However, when combined with Article 4 of the draft convention, it would appear that Articles 2 & 4 have been incorporated to focus attention on North Korea since Article 4 states as follows: “Each State Party that has manufactured … nuclear explosive devices after 5 December 2001, and eliminated all such weapons or explosive devices prior to the entry into force of the Convention…, undertakes to cooperate with the International Atomic Energy Agency…”. [first draft] Since North Korea is the only nation that has acquired nuclear weapons after December 05, 2001, those who drafted the present Convention perhaps are under the illusion that North Korea would voluntarily give up its nuclear weapons. That is a rather farfetched hope! Why will North Korea join the present Convention without any reciprocal guarantee from the NWS that it would not be targeted with nuclear weapons or subjected to aggression by other means? Given that Articles 2 and 4 are not applicable to the other nuclear weapon states, which had acquired nuclear weapons prior to December 5, 2001, the objective in including Articles 2 & 4 in the draft convention are not at all apparent other than that it is only intended to target North Korea.

In fact, the limitations, if not the complete irrelevance, of the entire exercise of drafting this convention is evident from what is stated in Article 19, which is as follows:

“This Convention does not affect the rights and obligations of the States Parties under the Treaty on the Non-Proliferation of Nuclear Weapons.”[first draft]

In other words, the provisions of the NPT will continue to be supreme and the proposed convention on the Prohibition of Nuclear Weapons would be merely subservient to the NPT. [The failure to make even a passing reference to the Model Nuclear Weapons Convention of 2008, which is currently pending before the UN General Assembly, exposes the complete hollowness of the present draft convention. (The revised version of the Model Nuclear Weapons Convention was submitted by Costa Rica and Malaysia before the UN General Assembly on January 18, 2008.)]

(a) Declare that the use or threat of use of nuclear weapons would constitute a crime against humanity.

(b) Prohibit the use or threat of use of nuclear weapons until their elimination;

(c) Outline confidence building measures for reducing the nuclear threat. Such steps would necessarily include:

(d) Initiate steps to remove the discriminatory character of the NPT, NWFZ treaties and the CTBT;

(e) Assert that no NWS can claim any inherent right to use nuclear weapons since the Right of Self Defense enshrined in Article 51 of the UN Charter does not empower any member-state to commit genocide;

(g) Shatter the delusion that nuclear weapons can provide security to NWS (or to NNWS that seek refuge under the nuclear umbrella): nuclear weapons cannot protect life in any way; its use either through a preemptive attack or through a retaliatory attack can only cause widespread death and devastation.

N.D. Jayaprakash is Joint Secretary, Delhi Science Forum, and National Coordination Committee Member, Coalition for Nuclear Disarmament and Peace, India. He can be contacted at jaypdsf@gmail.com