According to the UN more than 5,000 non-combatants were killed or wounded in the first six months of 2017 due to suicide bomb attacks by insurgent groups. 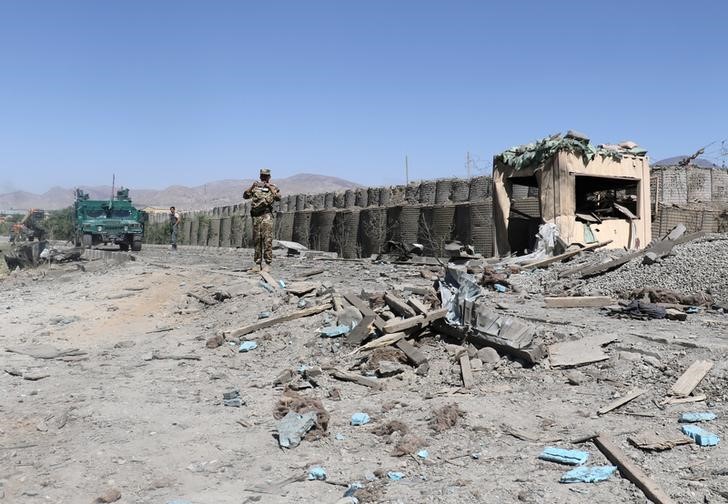 Kabul: The United Nations on Monday called on insurgent groups in Afghanistan to curb attacks on civilians after more than 5,000 non-combatants were killed or wounded in the first six months of 2017.

The war in Afghanistan killed at least 1,662 civilians and wounded 3,581 in the first half of the year, roughly similar to the toll in the same period in 2016, UN investigators said in a statement released on Monday.

Deaths and injuries from suicide-bombings and other “complex attacks” rose 15%, with at least 40% of all civilian casualties caused by anti-government groups using improvised explosives, including along roadsides.

“The human cost of this ugly war in Afghanistan – loss of life, destruction and immense suffering – is far too high,” Tadamichi Yamamoto, the head of the UN Assistance Mission in Afghanistan, said in a statement.

“The continued use of indiscriminate, disproportionate and illegal improvised explosive devices is particularly appalling and must immediately stop.”

In May, a massive truck bomb in the heart of the capital, Kabul, detonated by a suicide attacker, killed at least 92 people and wounding nearly 500 in what the United Nations called the “deadliest incident documented” since the international military intervention that toppled the Taliban regime in 2001.

No group claimed responsibility for the attack.

Kabul has accounted for nearly 20% of all civilian casualties this year.

The investigators said the Taliban were responsible for at least 43% of all civilian casualties. ISIS was blamed for 5%, while unidentified anti-government forces accounted for another 19% of the total.

Taliban spokesman Zabihullah Mujahid did not immediately respond to a request for comment.

The investigators praised Western-backed Afghan police and soldiers, with civilian casualties caused by them 21% lower this year.

Deaths and injuries from air strikes, however, spiked 43%, as both Afghan and US forces increased their air operations.

At least 95 people were killed and 137 wounded in air strikes, the investigators said.

“Each one of these casualty figures reflects a broken family, unimaginable trauma and suffering, and the brutal violation of people’s human rights,” said UN High Commissioner for Human Rights, Zeid Ra’ad al Hussein.

“The continuing national tragedy of Afghanistan must not be overlooked.”