Stopping piracy has always been difficult, expensive and time consuming. However the pirates of the 21st century have proven to be even more resilient. 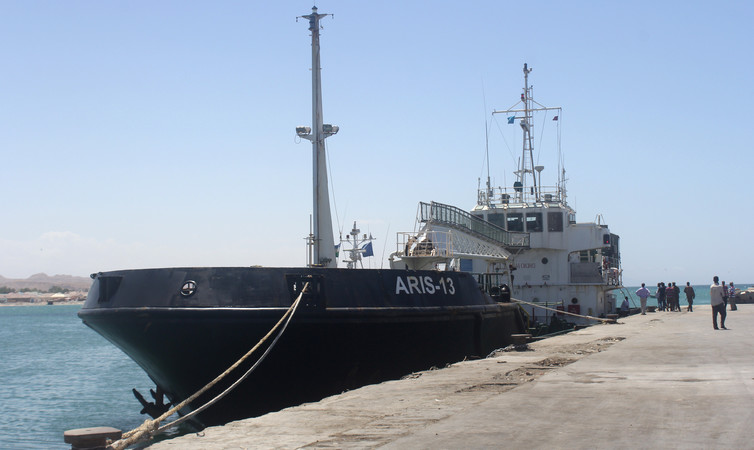 Oil tanker Aris-13 was released by pirates of the Gulf of Aden in Puntland on March 19, 2017. Credit: Reuters/Abdiqani Hassan

The Gulf of Aden has been vulnerable to piracy since 2008 when pirates escalated hijack and ransom attempts on merchant ships. Ransom demands skyrocketed to millions of dollars.

But after a robust response from the international community the piracy menace was brought under control.

The world heard little about piracy for years but media outlets are this year reporting that the Somali pirates are back. In May and June they hijacked fishing vessels that were sailing off the north-eastern coastal region of Somalia called Puntland.

Historically, stopping pirates has always been difficult, expensive and time-consuming, and the pirates of the 21st century have proved no exception.

Despite an anti-piracy onslaught led by the US and the EU that included naval patrols and criminal prosecution, the international community has been unable to deter young Somali men from taking ships at sea.

By 2011 shipowners began to employ privately contracted armed guards at considerable personal expense. The threat of armed resistance reduced the incidence of successful hijacks but didn’t eliminate them.

Piracy continued to thrive because the Somali state had failed to exert control over its citizens. Every effort it made to suppress insurgency was only temporarily effective.

The history of piracy demonstrates that it can be managed – but only by a strong state. The pirates that unleashed terror across the English Channel in the 16th century disappeared after a strong push back from the government.

And the pirates who disrupted trade off the coast of 19th-century Morocco gradually stopped operations as the Sultan exerted greater control over remote regions.

But these victories were decades in the making.

For more than 25 years Somalis have had bigger problems than a few hundred men hijacking foreign ships. Even before the state collapsed in 1991 they had endured widespread corruption, violence and persistent drought and famine.

While the absence of state institutions, including active security forces and a coastguard, contributed to the rise of piracy, it doesn’t explain why it only started to accelerate in 2008.

For decades the international community has insisted that Somalia must be rebuilt into a centralised state to be functional. But the country is actually a configuration of multiple, clan-aligned regions with varying levels of control and authority.

This is not to say that Somali clans have not united before. With the backing of considerable resources from the Soviet Union, the military regime of Siad Barre in the 1970s managed to bring the country together under the common goal of unity for communities that had been divided by European colonialism.

But When Barre tried to reinforce this unity by invading Ethiopia in 1978, the devastating and humiliating loss severed the fragile Somali unity and divided the clans, eventually contributing to the collapse of the state.

As piracy escalated in 2008, the capital Mogadishu descended into chaos as a war began between the Transitional Federal Government, the Islamic militant group Al-Shabaab, and various interest groups, including Ethiopia and Eritrea.

The warring parties had neither the inclination nor the resources to intervene against the pirate attacks because control of the capital was at stake.

Besides, the pirates came from Puntland, a comparatively peaceful region with a relatively functional local government, judiciary and security force.

The key to stopping the pirates lay with persuading Puntland authorities to dissuade their citizens from piracy. Puntland is made up of a coalition of sub-groups from the Darod clan.

The Puntland pirates maintain that illegal fishing by foreigners pushed them to take up arms to protect their territorial waters, and to demand compensation. But it wasn’t too long before the willingness of foreign shipowners to pay ransoms attracted Somalia’s organised crime network. Very quickly piracy became big business.

For years, the financial proceeds of piracy benefited the Darod clan. Pirates were recruited from within the clan and their collaboration fuelled the success of the hijack and ransom model. Proceeds were distributed equitably among clan members.

Meanwhile, the international community was prioritising the war against piracy. But the naval intervention and criminal prosecution model wasn’t working. The more prudent thing to do would have been to provide the people of Puntland with the right financial incentives to end their dependency on piracy for income.

Steps in the right direction

In April 2014, the UN took the financial incentives route by opening a prison in Garowe, the capital of Puntland. It was set up to house convicted pirates including those who had been repatriated from other jurisdictions. In return, Puntland passed the anti-piracy legislation and entered into prisoner transfer agreements with the UN in return for funding.

As more and more pirates were arrested, the international community and Somali diaspora helped fund an education centre in Garowe to teach them engineering and woodwork as alternative livelihoods to piracy.

In the wake of these interventions the sea-crime menace declined rapidly.

But in recent weeks Al-Shabaab has claimed responsibility for several bombings in Garowe. The attacks came as Puntland forces were engaged in an ongoing border dispute with Somaliland.

With authorities and security forces distracted elsewhere, pirates seized the opportunity to strike again. In March, they hijacked their first ship in five years. It was released two days later. In May, pirates hijacked a South Korean vessel off the Somali coast – it remains at large. They also fired on a Greek oil tanker in the Gulf of Oman, but were driven off by onboard security.

In this kind of volatile climate, it is clear that despite renewed support from the international community, especially the United Arab Emirates, the government in Puntland is nowhere near strong enough to exert control over its inhabitants to override the desire for profit through piracy.

When it comes to Somalia the international community needs to understand that it may take Puntland and the greater Somalia a lot longer than a few years to purge the piracy menace for good. Helping to build a state strong enough to manage the scourge would be a good start.

Sarah Craze is a PhD student in pirate history at the University of Melbourne.