The Sudan People's Liberation Army has also committed an unknown number of rapes and incidents of torture and looting, the UN said in a report. 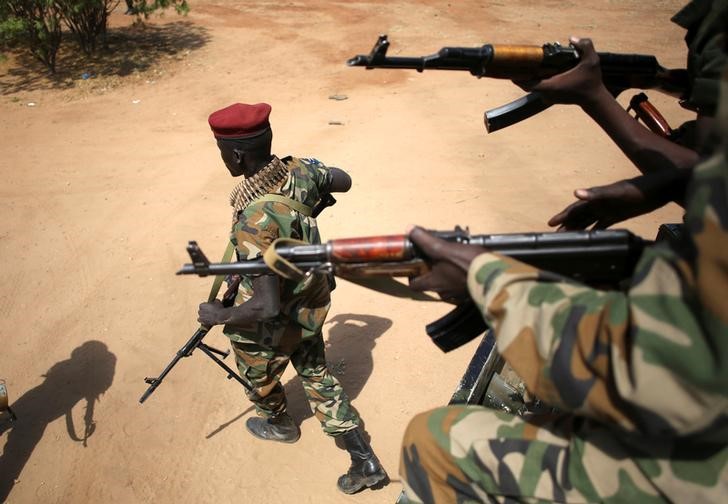 Geneva: South Sudanese pro-government forces killed at least 114 civilians in and around Yei town from July 2016 to January 2017, the UN human rights office said in a report on Friday that the army dismissed as “baseless”.

The most recent round of fighting in oil-rich South Sudan‘s civil war flared up last July when the Sudan People’s Liberation Army (SPLA) loyal to President Salva Kiir chased his rival and former deputy Riek Machar and a small band of followers from the capital Juba south-west through Yei and into neighbouring Congo.

The SPLA also committed an unknown number of rapes and incidents of torture and looting, the UN said in the report.

Another 45 people were killed by the SPLA in attacks in other towns this April, the monitors of a failed ceasefire said in a separate report on Friday.

“Attacks were committed with an alarming degree of brutality and, like elsewhere in the country, appeared to have an ethnic dimension,” the UN said in the report, adding that the incidents may constitute war crimes or crimes against humanity.

“These cases included attacks on funerals and indiscriminate shelling of civilians; cases of sexual violence perpetrated against women and girls, including those fleeing fighting; often committed in front of the victims’ families.”

The SPLA’s chase of Machar and his men led to fighting across South Sudan‘s Equatorias region, particularly in the southwestern town of Yei.

“This is not the first time the UN has accused the SPLA and tried to portray us as enemies of the people,” he said.

“The SPLA is one of the biggest military institutions in the country and it accommodates people from different background and the whole SPLA cannot go out and rape citizens… so it has to be specific that we have seen two or three SPLA soldiers in such location committing such crimes,” he said.

UN investigators have described gang rape on an “epic” scale as well as suspected ethnic cleansing during the fighting.

Kiir and Machar’s rivalry first plunged South Sudan into civil war in December 2013, only two years after the country won independence from Sudan to the north.

But Yei, traditionally an ethnically diverse area, had been largely peaceful before Machar fled the capital again last July.

The town had an estimated population of 300,000 before the July crisis began, but 60-70% of the population had fled by September.

Many people were trapped by the fighting, and others were attacked on the road as they fled. But the SPLA helped ethnic Dinka civilians – the same ethnicity as President Kiir – to move to the capital, providing military and civilian vehicles to transport them, the report said.

Citing data from South Sudan‘s Relief and Rehabilitation Commission, the report said 46,000 Dinka civilians, mainly from Yei, had registered in Juba from July to December 2016.

The violence has continued in Yei, with rebel forces attacking the town and killing at least four government soldiers this week.

In other areas, government forces killed civilians last month, according to an international team monitoring the failed ceasefire. The team released five reports on Friday.

One report said men in military uniform and plainclothes killed at least 29 people this April in the northwestern town of Wau after targeting non-Dinka residents.

In the border town of Pajok, “Government forces had indeed deliberately and in cold blood killed a number of civilians,” another report said. The death toll was likely to be much higher than the official toll of 16, the report said.

Domic dismissed the suggestion that government troops had killed civilians.

“The SPLA doesn’t target citizens and the report …is biased because it didn’t take the other aspect of rebel commanders who become tribal commanders mobilising their own youth, give them weapons to come and fight against the government,” he said.