Lenin Moreno's victory in Ecuador’s presidential election offers a ray of hope to the region’s left. But can it check the rise of ‘Little Trumps’ in the continent? 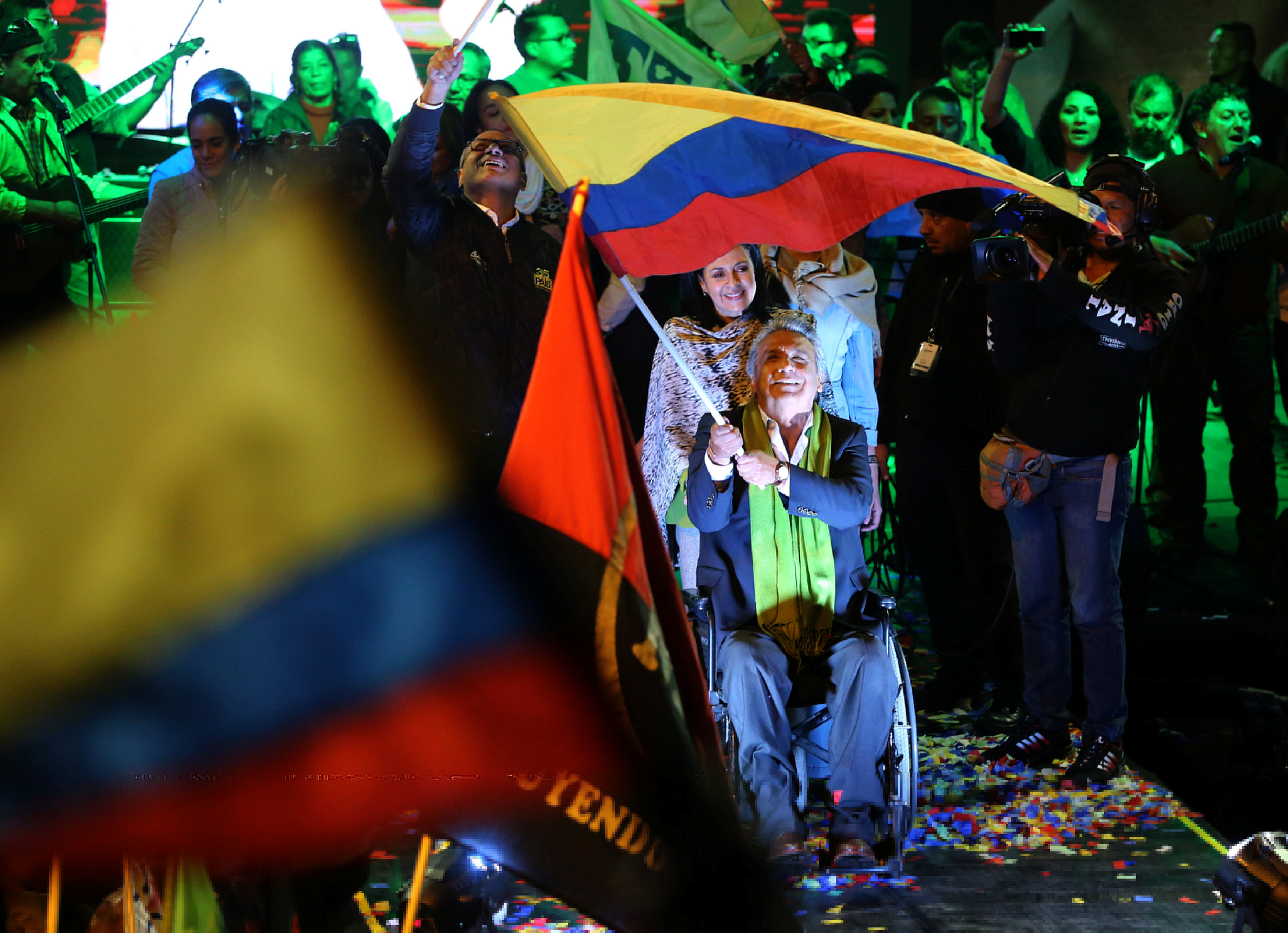 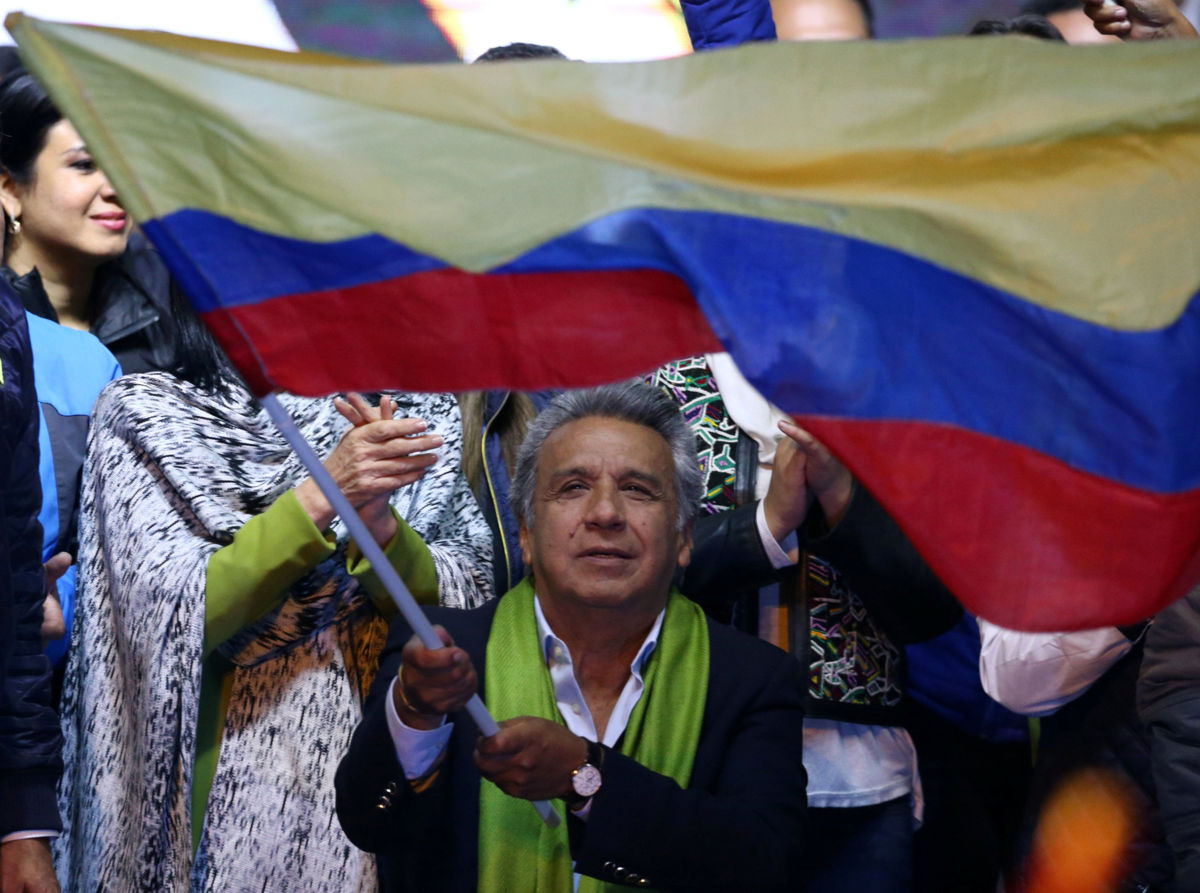 Sao Paulo: Julian Assange was not the only one who heaved a big sigh of relief as the results of Ecuador’s presidential election came in. Almost midnight Quito time, when it was officially announced that the ruling party’s candidate Lenin Moreno was the winner of Ecuador’s presidential runoff, the Wikileaks founder, who has been holed up in the Ecuadorean embassy in London since June 2012, sent out a tweet addressed to the right-wing banker Guillermo Lasso, who lost the election. “I cordially invite Lasso to leave Ecuador within 30 days (with or without his tax haven millions),” Assange tweeted, taunting Lasso who had threatened to throw out the world’s best-known whistleblower from the embassy “within 30 days of taking office”.

Assange, who has been assured a safe stay in the embassy by Moreno, has an obvious, personal reason to celebrate the victory of the successor to President Rafael Correa, who granted him asylum five years ago. But the news of Moreno’s victory has also given some hope and relief to the continent’s leftist parties – from Brazil and Argentina to Venezuela – which have been in state of confusion and disarray with the right-wing surge in recent years. Till a few years ago, the continent looked like a promised land of a new model of development and social welfare. But, beginning with Argentina in 2015, it all began to shake and crumble.

For the moment, the ‘Citizens’ Revolution’ implemented Correa, who has been president of Ecuador for 10 years, during which he has implemented progressive social policies and followed an independent foreign policy, looks in safe hands. Even though the country’s economy has taken a dive owing to the crash of oil prices in recent years, Moreno has vowed to continue – and deepen – the country’s welfare policies to create a “more equal” country. But had Lasso, who had promised a “pro-business agenda aimed at attracting foreign investment and reducing taxes” in his campaign, won the election on Sunday, April 2, Assange would probably be extradited to Sweden sometime soon and South America’s so-called ‘Pink Tide’ would have come closer to crashing and dying.

Not just Quito, all major South American cities were awake on Sunday night, waiting for the result of election between a paraplegic activist and a millionaire banker.

Always depicted as a “backyard” and derided as an “afterthought” in the North American imagination, South America made a major leftward shift at the turn of the current century, putting in power leftist leaders who rose with popular movements against decades of military dictatorships followed by neoliberal regimes openly backed by Washington. Venezuela under Hugo Chavez led the change. Bolivia, Ecuador, Argentina, Uruguay and Brazil followed. Thanks to a boom in commodity prices, investments from China and other emerging countries, and the government’s focus on welfare, all South American countries saw an economic boom, massive drop in poverty and narrowing of economic inequality. In Ecuador, Correa’s government lifted more than 1 million people out of poverty, tripled its tax collection and expanded the country’s universal healthcare and education system. Brazil brought 45 million people out of poverty in just 12 years.

Then, the right-wing struck back.

Now, Brazil, Argentina and Paraguay are being run by right-wing leaders, Venezuela’s government is living from day to day and a right-wing billionaire is threatening to take over Chile by the end of this year. In this scenario, all eyes were on Ecuador. “It’s a decisive moment for the region because of the extreme right-wing’s reaction in the last years. Ecuadorean elections are very important,” Correa said while voting on Sunday.

The South American right-wing parties, almost all led by the super-wealthy white men, have acted with vengeance in the short periods of time they have been in power. In Brazil, the biggest country and economy in South America, the government of Michel Temer, who came to power after what most people see as a coup against the democratically-elected president, Dilma Rousseff, has been working overtime in scaling back many of the social policies put in place by Workers’ Party governments over the previous 13 years. In less than one year, Temer has been working to dismantle everything progressive – from pensions to minimum wage to working hours to public health and education. This has sent Brazil’s already stagnant economy into more recession.

In Argentina, President Mauricio Macri, a billionaire who owns the famous Boca Juniors football club, has been at war with labour unions and workers. In less than two years, he has rolled back almost all social welfare policies of the previous government, cut thousands of public jobs and introduced “reforms” that are hurting ordinary people. In Paraguay, President Horacio Cartes, also a billionaire who has made his fortune from soft-drink and tobacco businesses, is desperately trying to change the country’s constitution so that he can stand for re-election and continue with his neoliberal policies that have pushed the country to the brink.

The resurgence of right-wing in South America didn’t happen in one day. The old elite, angry with the governments for following progressive policies that cut down their power and privileges, diligently worked with religious groups and populist right-wing groups to dislodge leftist parties from power. It all began in Paraguay, when Fernando Lugo was impeached in 2012 in a dubious way that was seen as a “US-sponsored coup” by the region’s leftist parties.

There is nothing new about coups and US interference in this part of the world. The military coup in Brazil in 1964, which triggered a junta takeover across the continent, was planned and approved by US President John F. Kennedy, the great Democratic leader who was paranoid about the spread of communism from Cuba to other Latin American countries. The US-sponsored military coups turned the region – from Chile to Brazil – into a living hell for ordinary folks as the tiny elite enjoyed their traditional life. That cycle ended in the 1990s, when democracy returned to almost all countries of South America. Since 1999, when Chavez won the Venezuelan election, the continent began to shift to the left. The rest is history.

But history has repeated itself in South America, with a twist. This time, the elite have not grabbed power through military guns. This time, they have romped home riding on a wave on anger generated by right-wing populist parties led by billionaires who positioned themselves as “outsiders” who could fix the problems created by “too much welfare and corruption by communists”. Before Donald Trump rose to power on the northern side of equator, similar figures have been active in the southern hemisphere.

The ‘Little Trumps’ of South America are not only super-rich like the US president, they all share his philosophy and working style. In Argentina, Macri, one of the richest men in the country, has appointed a cabinet of managers who are running the country like a business empire. He has also initiated anti-poor policies and issued decrees to criminalise social protests. In Ecuador, Lasso, who made his millions as a bank’s executive president, had planned a similar “shock therapy” for the country. In Venezuela, opposition leader Henrique Capriles, one of the richest man in South America, plans to end the ‘Chavista revolution’ if and when he becomes the president. In Brazil, João Doria, the rising opposition leader who may run for president in 2018, is already being called “the Brazilian Donald Trump”. The multi-millionaire, who once hosted The Apprentice Brazil and has written several self-help business books, became the Sao Paulo mayor after he defeated Fernando Haddad of the Workers Party in the election last year. In his three months in office, Doria has shown his priorities by taking on the city’s homeless and erasing the work of legendary graffiti artists – something that gets him positive coverage in Brazil’s oligarchy-controlled media.

Trump is certainly not popular with the Washington establishment and reviled by the liberal media in the western world. But South America’s ‘Little Trumps’ are their darlings. Even as Macri was stifling civil rights in Argentina, President Barack Obama visited Buenos Aires last year and praised him for his “reforms”. At the US state department and in the columns of New York Times and Financial Times, Capriles is always projected as the “great hope” of democracy in Venezuela. Now Breitbart News, the right-wing vehicle that played a critical role in the US election, has fallen in love with Doria, projecting him as Brazil’s “saviour”, even though it is former president Luiz Inácio Lula da Silva who is leading in all opinion polls.

On Sunday night, when Moreno was celebrating his victory with his supporters, mostly low-income workers, there was silence in western capitals. With results officially declared, their media also lost interest in the story. They would have rather liked another Little Trump taking control of another country in their backyard.

For now, Moreno has given a jolt to the right-wing surge in South America. He did it by promising more social welfare and public spending and not austerity to get over the country’s recession. From Brazil to Chile, it’s a lesson to all South American left-wing parties who forgot this simple rule when faced with recession. Such a lesson probably could only come from a man named Lenin.

Shobhan Saxena is a journalist based in Sao Paulo, Brazil.