"They are so desperate that they are risking their lives to escape Myanmar. The pictures show what is going on here." 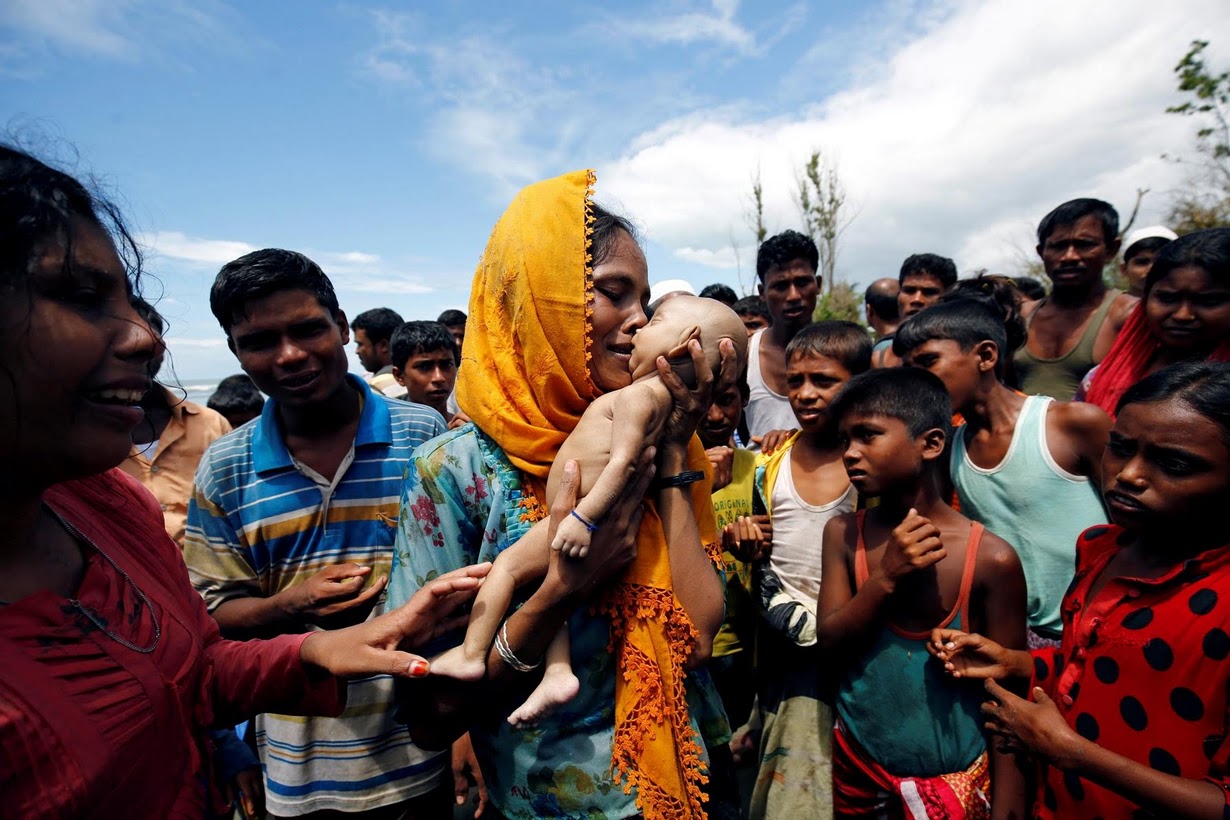 A crying Rohingya mother in a yellow headscarf cradling her five-week-old infant son who died after their boat capsized is one of the most powerful Reuters images of Muslim refugees fleeing violence in Myanmar.

Hamida, her husband Nasir Ahmed and their two young sons were among 18 refugees on a small fishing boat crossing the Bay of Bengal to the Bangladesh village of Shah Porir Dwip.

As they neared the shore, the boat capsized and they were tossed into the murky water.

Reuters photographer Mohammad Ponir Hossain was taking pictures of exhausted refugees on the beach when he heard an autorickshaw driver shouting that a boat had capsized. 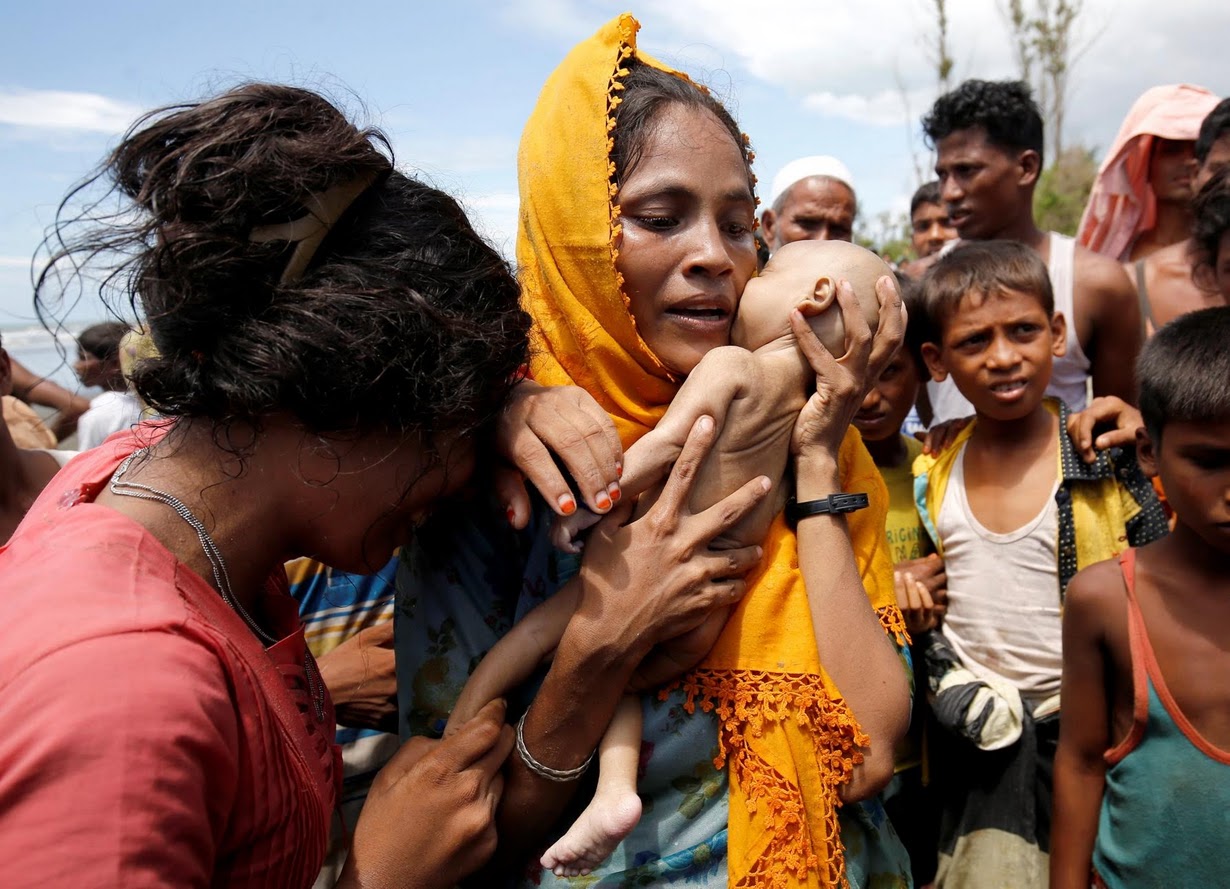 “I rushed to the spot and found people crying over the dead body of a child,” Ponir said.

He took a picture of Hamida, cradling the tiny pale body of her child, Abdul Masood. He appears to have died as the survivors scrambled through the crashing waves to shore. 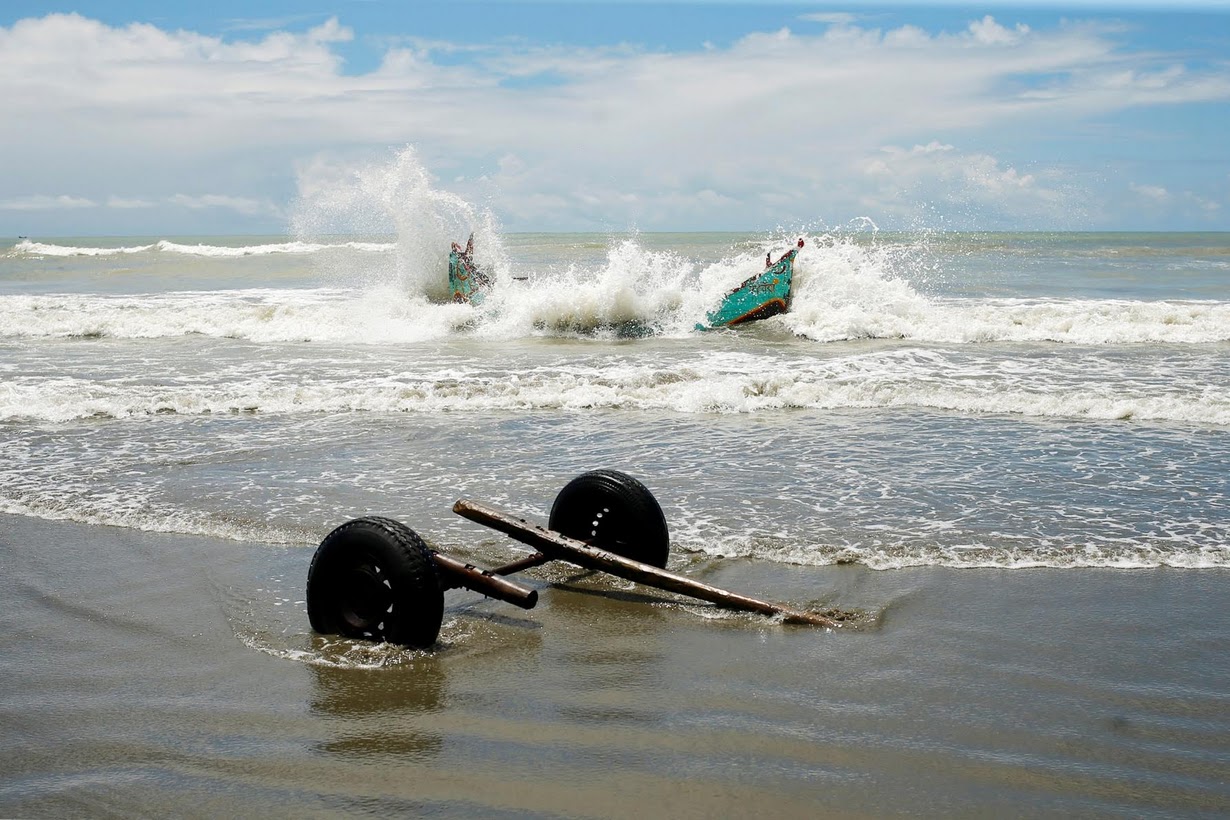 Waves crash into a boat, which capsized with a group of Rohingya refugees at Shah Porir Dwip, in Teknaf, Bangladesh. Credit: Mohammad Ponir Hossain/Reuters

Another picture showed the anguish on the face of Nasir Ahmed as he carried his son away from the crowd.

The couple’s other son survived the accident.

Around 400,000 Rohingya have arrived in Bangladesh in less than three weeks and people are still arriving, by land and sea, after attacks by Rohingya militants sparked a fierce counteroffensive by Myanmar’s army. 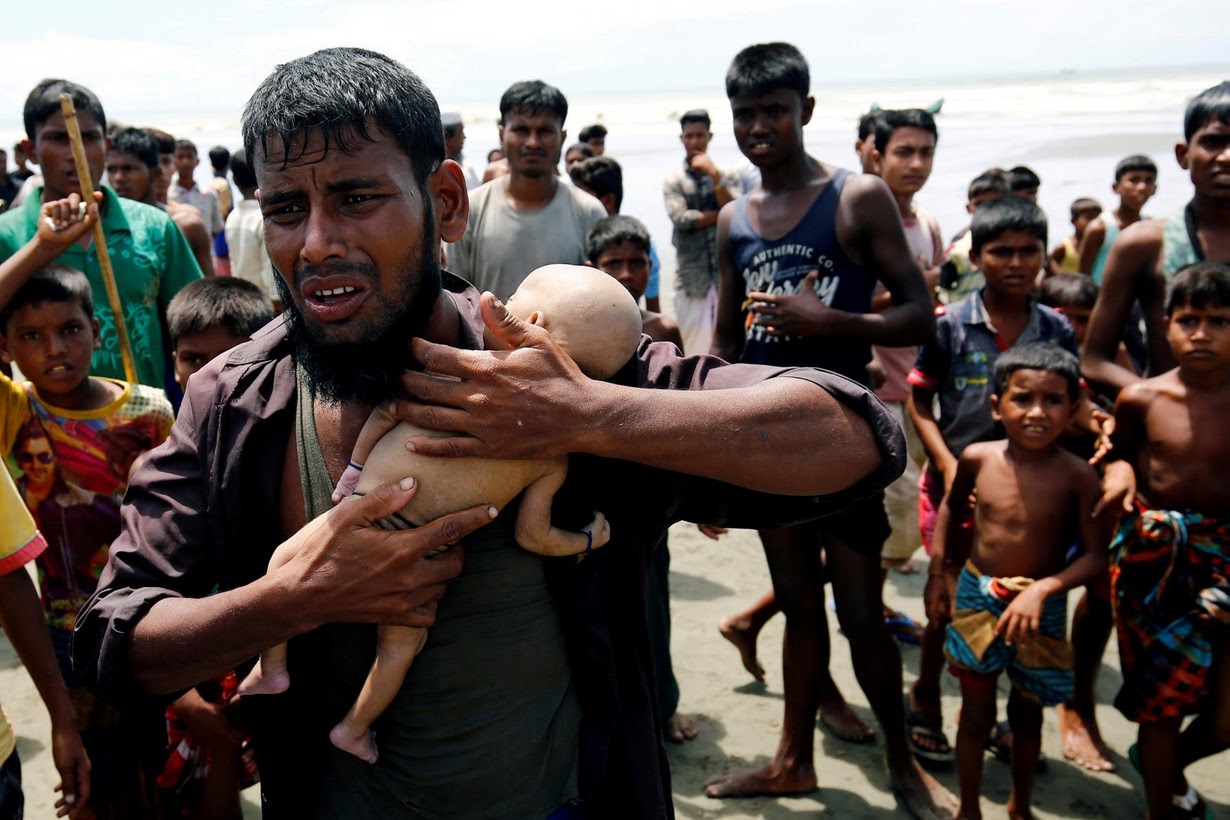 Senior United Nations officials have described the violence as a “textbook example of ethnic cleansing”.

Hamida’s family was among tens of thousands of Rohingya who embarked in a rickety fleet of small wooden fishing boats on the crossing from Myanmar’s coast to southern Bangladesh, a journey that can take up to five hours.

“They are so desperate that they are risking their lives to escape Myanmar. The pictures show what is going on here,” Ponir said.