North Korean TV Presenter Back in Limelight for Nuclear Test

Using her trademark bombastic delivery, Ri announced on state television on Sunday the hydrogen bomb test was "a perfect success!" and a key step in "completing the state nuclear force. 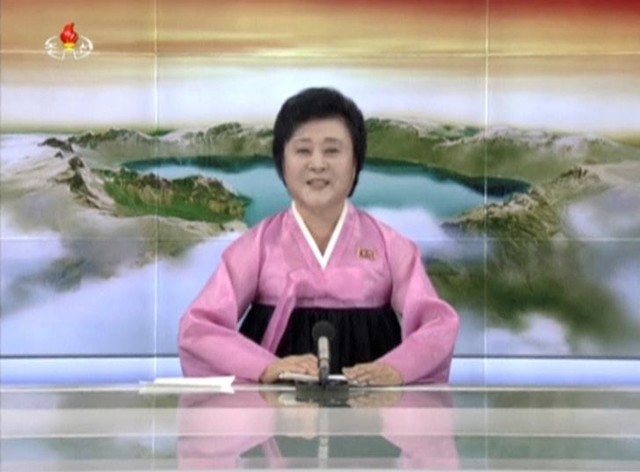 Using her trademark bombastic delivery, Ri announced on state television on Sunday the hydrogen bomb test was “a perfect success!” and a key step in “completing the state nuclear force.”

The 74-year-old grandmother is considered a national hero who first took to the airwaves in 1971, leaving a career in acting for the broadcaster Korean Central Television (KCTV)

Ri’s dramatic flare set her apart from other announcers – whether she was angrily denouncing the West or boasting of the regime’s achievements and the strength of its leaders.

“There is no one else who has that power in her voice as she does. It’s just right for talking about nuclear weapons or missiles,” Ahn said.

Ri, who usually wears a traditional Korean dress known as a hanbok, has also shown a softer side. 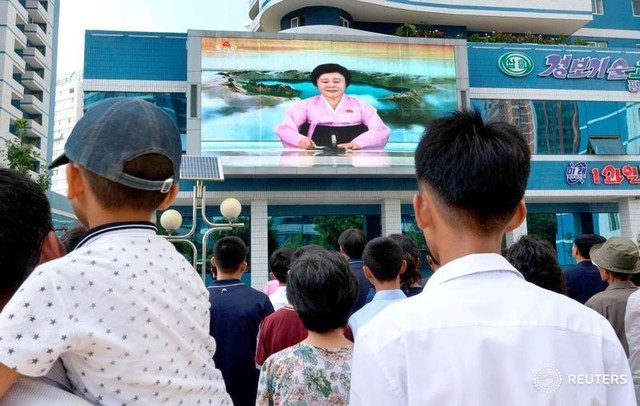 When his son Kim Jong Il died in 2011, it was Ri – clad in black funeral clothes and her voice trembling – who delivered the news to North Koreans.

Despite officially retiring in 2012, Ri has been brought back for major announcements.

Sunday’s broadcast underscored her longevity at a time when current leader Kim Jong Un has purged some party and military officials from his father’s era.

Outside North Korea, the “pink lady” is a familiar face of the regime during the latest tensions over Pyongyang’s weapons programmes.

“I know that if something happens, she will talk,” said Tokyo resident Masashi Sakota.

Matt Walker, a credit manager in Sydney, said Ri was “very expressive and excited” on the news item he watched this week.

“I don’t know how you can get excited about bombs going off. It just seems very odd,” he said.

In a rare 2012 interview with China’s state-run CCTV, Ri said she wanted to help train the next generation of North Korean broadcasters, who she said were younger and better suited for today’s television audience.

She said she saved her gentler side for the North Korean public.

“When we read to people in the DPRK, you shouldn’t shout but speak gently to viewers,” Ri said.